Generic Node Sensor Edition, a multiple-use case LoRaWAN device, incorporates STM32WL, created by STMicroelectronics. STM32WL is the world’s first dual-core LoRaWAN SoC (System-on-Chip) series that integrates both a general-purpose microcontroller and a sub-GHz radio on the same chip. The chip provides frequency coverage from 150 to 960 MHz and enables support of all major sub-GHz ISM bands around the world. In a combination with Ignion’s Virtual Antenna, Generic Node can be operated on both 868 MHz (Europe) and 915 MHz (US) frequency bands. 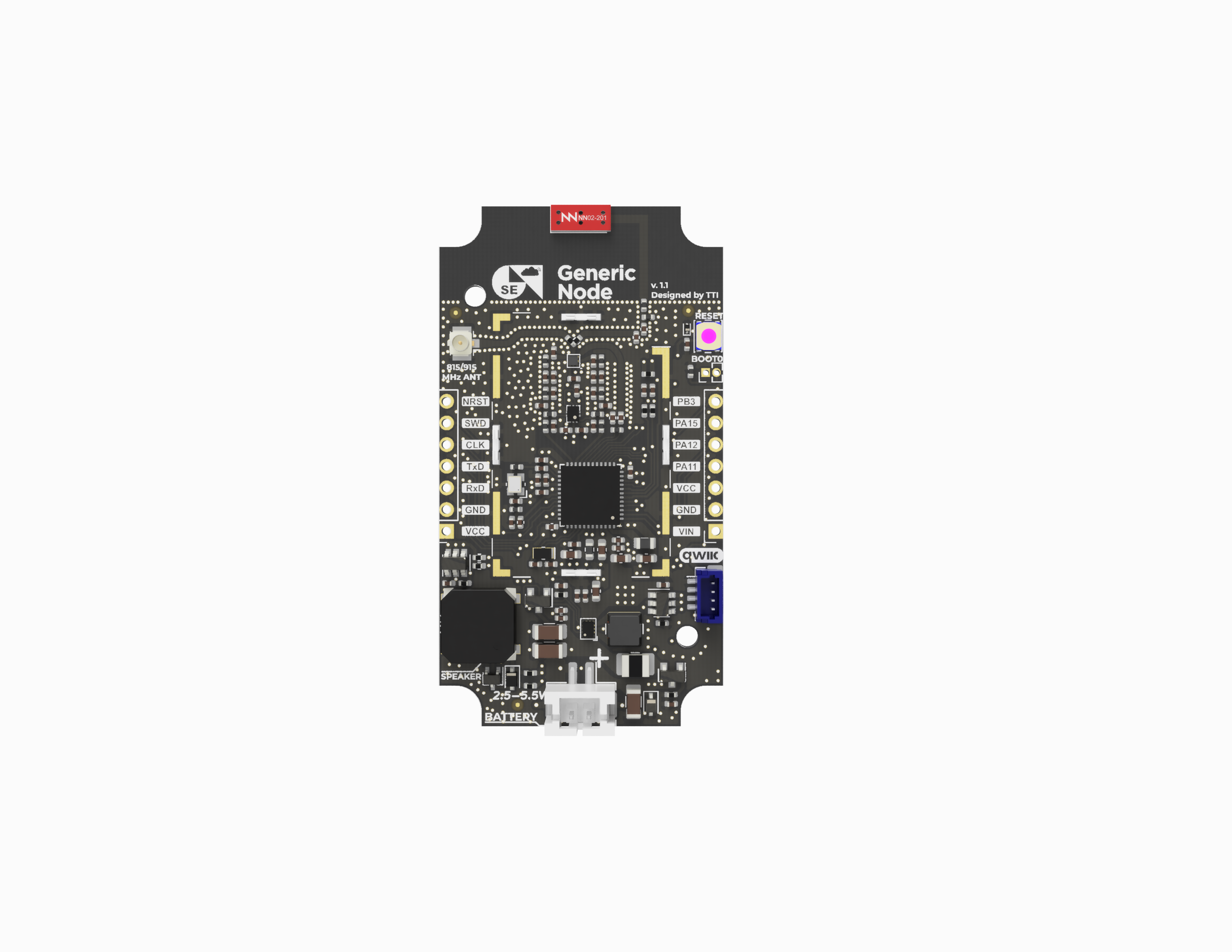 The chip is built on Arm® Cortex®‐M4 and Cortex-M0+ cores, that provide both single and dual-core architectures. STM32WL supports multiple modulations such as LoRa®, (G)FSK, (G)MSK, and BPSK.

Most importantly, the STM32WL comes with 256 kB of flash memory providing enough space to store your software apps. The STM32WL also has 64 kB of SRAM (Static Random Access Memory) where the software application creates and manipulates variables when it runs.

Generic Node Sensor Edition has all of the features you would expect from a robust LoRaWAN sensor node, including long-range and the ability to run on two ordinary AA batteries. Together with STM32WL, Generic Node Sensor Edition brings out advanced security features with its end-to-end encryption. Its onboard components are the result of a variety of design decisions that emphasize security, low power, and extended range. The inherited feature set serves as a basis that may be customized and applied to a variety of contexts.

Discover Generic Node, a single LoRaWAN node with a variety of sensors and functions to enable multiple use cases at once and simplify the development of LoRaWAN devices.