Deployment models, what to expect and timelines

First, I would like to thank you for your patience. While we serve and support your business with V2, we are aware of its shortcomings. We're happy to get closer and closer to migrating you to The Things Stack.

Second, The Things Stack is going to be fantastic. It's been a big investment. We've been working on it for 14 months with 6 engineers. We started writing from scratch, taking all lessons learned into account from operating the biggest public LoRaWAN network as well as dozens of private networks in all colors and flavors. We don't trade quality for a shorter time-to-market. We don't take technical shortcuts. It's quality first, built for the future, and that will pay off.

Deployment Models
A distinctive feature of The Things Stack is its flexible deployment models. The same codebase, the same API, scalable from a small on-premises deployment to a multi-region, multi-tenant, multi-instance, supported, SLA backed and hosted deployment.

The Things Stack architecture follows exactly the LoRaWAN Network Reference Model. Not only in the naming of the components, but also in their responsibilities and future LoRaWAN Back-end Interfaces support. This allows for working with external Join Servers and Network Servers for full control over security. 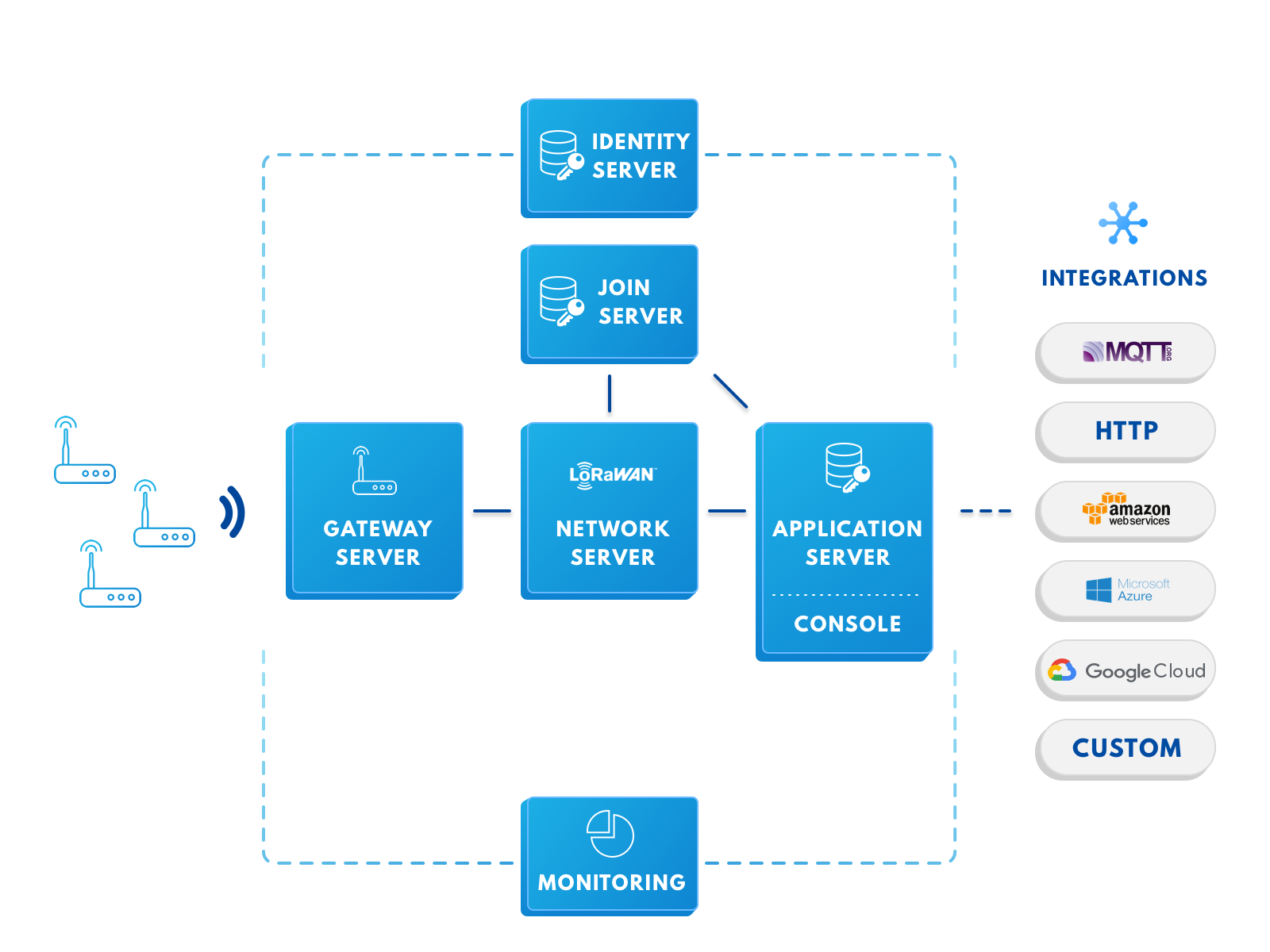 Private MVP Milestone
Our first milestone is Private MVP, scheduled for this quarter; the minimum viable product for private networks. The Things Stack MVP is intended to be used in new deployments and adapting existing applications. Also, we'll provide tooling to run V2 and The Things Stack side-by-side, using the same gateway infrastructure.

We're close to releasing the MVP. Key things that still need to be done:

The Private MVP is just the first milestone. The Things Stack is ongoing development, with short iterations. Based on our roadmap and your feedback, we make things ready for production readiness and the other deployment models.

You can request the Markdown documentation and Swagger file. We may be adding or changes a few things the coming weeks. With the MVP release, this API is frozen and we won't be introducing breaking changes.

The Things Stack architecture has a nice separation of components: the Identity Server (IS), Gateway Server (GS), Join Server (JS), Network Server (NS) and Application Server (AS), with their own API. The IS, JS, NS and AS each have a device registry API, as they all manage parts of the end device. For example, you'll use the JS API for managing keys, while you'll use the AS API for payload formatters. Our SDKs, part of a later milestone, will make it easy to work with such a distributed deployment.

The next update is in two weeks!

Please invite colleagues and partners to this list to stay updated.