TTN Aarhus in the media

You can read the article in English here. For a Danish version click here.

Danish cities get ready to couple IoT devices to the city

Several Danish cities are in the process of laying the infrastructure for a data network for the Internet of Things. The newest city to join The Things Network is Aarhus. Making it affordable and easy for citizens to connect things to the web is the aim of the network.

Imagine a city where you can get to know whether there is no parking spaces available or whether the waste container is filled. Maybe you even have an idea yourself on how to create a sensor that makes the city smarter. Precisely that is the idea of The Things Network - a global movement that will spread and further the Internet of Things and make it possible for all to connect 'gizmos' around the city to the net – for free.

The technology used is based on the standard LoRaWAN, which makes it possible to create sensors that run on battery and are able to send small messages over long distances.

The idea is to create a community network that everyone in town can help to expand. The initiative comes from the Netherlands, where a group had built a data network that covered the whole of Amsterdam within four weeks. Among others, with the help of businesses and private individuals. That is what we are trying to start up in Aarhus as well, says Kim Søvsø, who is jointly responsible for The Things Network Aarhus, that has just held their first network meeting.

The advantage of LoRaWAN is that you can connect things to the network without the use of Bluetooth, Wi-Fi or 3G. The technology is also very energy-efficient and IoT devices can keep running for several years. At the same time, LoRaWAN works on long ranges of up to 15 kilometres, which makes it ideal for IoT.

The good news is that the technology costs a fraction of what traditional data networks cost. The bandwidth is open to all and the equipment used to connect to the network costs less than 10 Euros. In the old world, one was a little tied to use some of the major suppliers to build the solutions pointed out here. The idea is to do IoT freely available so that all may in principle contribute. It is also an ideal area for SMEs because the technologies can potentially be rolled out across the world - not only on The Things Network, but also on a commercial network, since it is based on standards that everyone can use, Kim Søvsø explains.

There are at the same time use cases, both technical and human-oriented, across virtually all areas of a city.

You can, for example, put a sensor on your bike and when it moves, it sends a message to your smartphone. And if you're not nearby, then it may be stolen. It could also be a municipality that wanted to use the network to put a sensor on a rollator, which then tracks if an elderly citizen moves around. And if there is no normal movement on a given day, they can send someone out to see whether something is wrong. It must of course be done taking the citizens’ privacy into account.

Solving challenges in the city

It is precisely for this reason that the city of Aarhus joined The Things Network, explains Bo Fristed, Head of Innovation, Technology and Creativity at the municipality of Aarhus. He thinks that this network can help solving many of the challenges that Aarhus and other cities are facing and at the same time be the growth driver for the creation of new products that can be exported to foreign countries.

We have covered the entire city of Aarhus with a municipal LoRaWAN network and we hope to get in touch with even more businesses or start-up companies that are working on solutions, which we can use or that will help to create products that fit into our city, he explains.

We therefore hope to get in touch with businesses or start-up companies that work with solutions that we can use or that want to be part of creating products that fit into our city, he explains.

The municipality has just released a list with over 150 ideas that have been created in collaboration with 50 municipalities and that bring up some of the challenges the city faces.

At the moment, we work on putting sensors on our district heating wells, for example. More than one thousand of them are distributed around the city and we have calculated that we can save up to 1 Mio. Danish kroners per year because the sensors provide a message, if a district heating pipe is too hot, which shows that there is a leak in the pipeline. This means that those responsible may be notified and thus can repair before there comes a real leak. At the same time, money that has been spent on the monitoring of the wells can be reduced, Bo Fristed explains.

A showroom for solutions

The municipality has just opened the new port areas, situated between Dokk1 and Navitas. The whole area and the new Letbane line that leads to the Agro Food Park in Skejby are going to act as a showroom, where visitors can try new solutions before they will be scaled up to the rest of the city. Here you can for example both try new litterbins or other things that were created by the city’s major players in relation to mobility challenges.

There are very many good projects in the municipality, which can lead to savings, and where you can spend the money on something that has value to citizens. Maybe you can turn off the lights in a parking lot if there are no people and thereby save power. One could perhaps also put sensors in municipal cars, so an employee can easily be guided to the car, which is closest to, and you get the opportunity to see how many of our cars stand still and thus may be able to reduce cars on the road, Fristed explains.

A part of the citizen’s toolbox

The whole idea of The Things Network is getting a series of IoT use cases, explains Lasse Steenbock Vestergaard, Specialist Urban Designer from the Alexandra Institute.

It is important to get people to understand that the Internet of Things is not an unmanageable severe endeavour. Anyone can make a sensor that can become part of this network. From the point at which you do not know anything until you have created a sensor providing data, maybe a week goes by. There are good tutorials on the Internet and the technology is cheap, so we are facing a quite central place, where IoT can become a common property and a part of the citizen's tool kit, he explains. 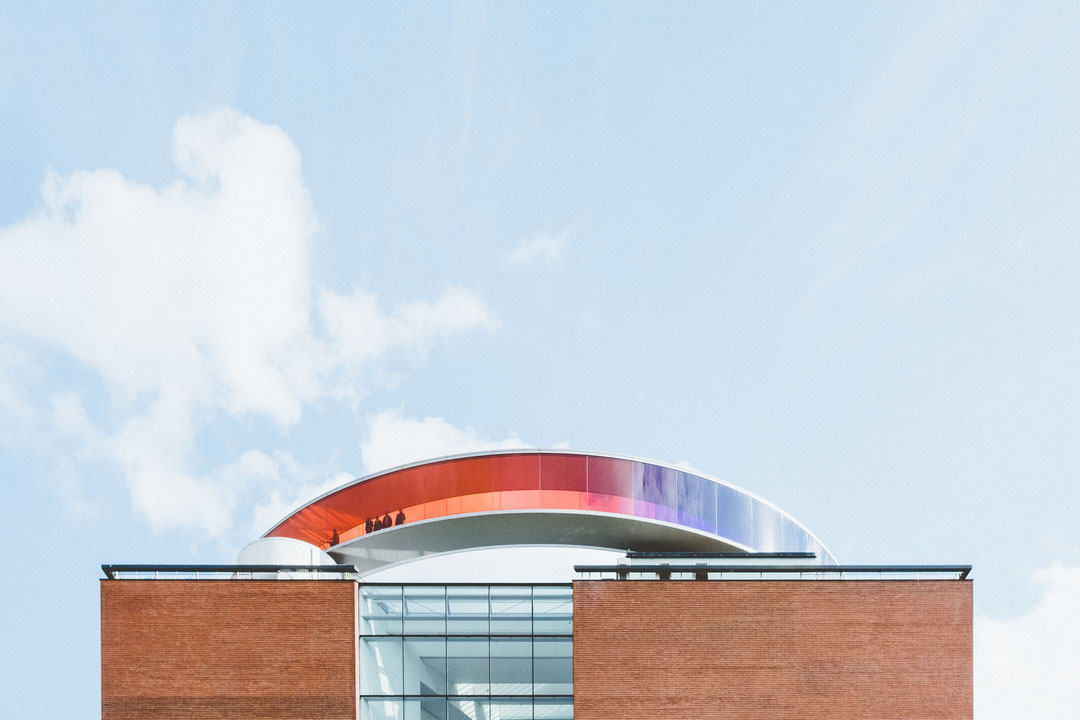