The Things Network launched in Amsterdam

AMSTERDAM - In six weeks The Things Network Foundation managed to convince enough inhabitants of Amsterdam to purchase and install the latest network equipment to create a city covering internet of thing data network. Typically, the task of building such a network is done by big telcos, however the city of Amsterdam did it with its inhabitants. “If we leave this task up to big telcos, a subscription model will be enforced and we will exclude 99% of the cool use cases. Instead, let's make it a publicly owned and free network so businesses and use cases will flourish on top of it.„ Wienke Giezeman, Initiator The Things Network With technology just a few months on the market it is possible to build an internet network for things without 3G or WiFi. It reaches way further than WiFi, around 10 kilometers, and it does not need a mobile subscription like 3G. Next to that the energy consumption is very low which makes devices last 3 years on a single charge. This technology is called LoraWAN™. From day one the network is used by businesses and users. In Amsterdam, the company Trakkies will use the GPS capabilities of the network for its things finder and a water-in-your-boat detector is launched from the start. “This new technology LoraWAN is very powerful. It can provide the city of Amsterdam with coverage using only 10 gateways because of LoraWAN's long range. And devices can last for years because of the low battery usage.„ Johan Stokking, Tech Lead - The Things Network On, August 21st, non-profit organization The Things Network will launch during a conference in Amsterdam where initial use cases are presented and a hackthon is held. 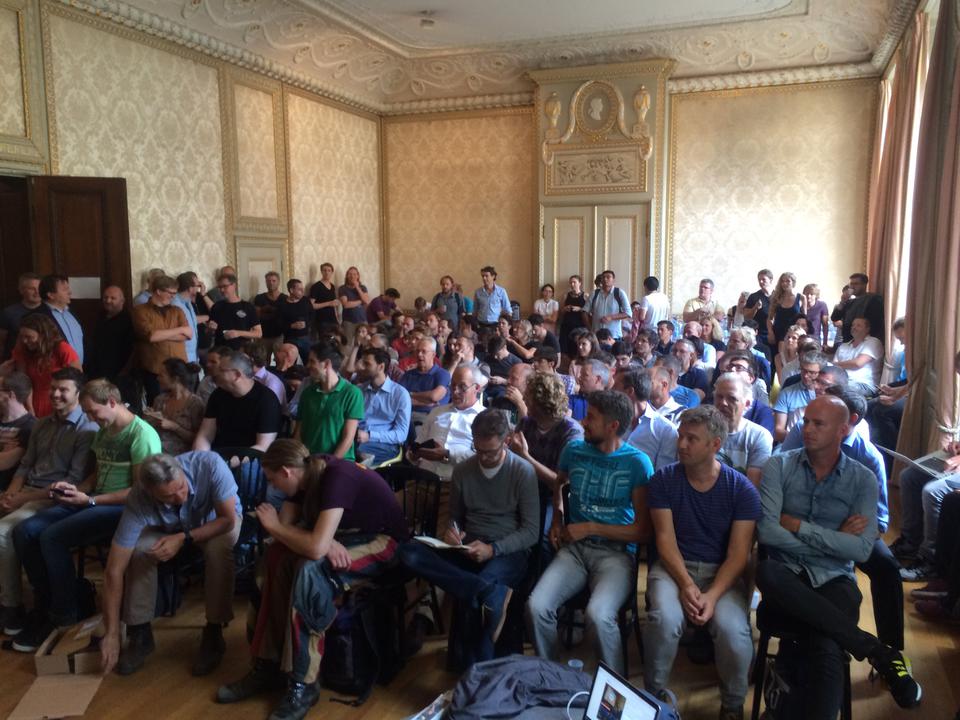