So, we wanted to get started with the Things Network (TTN). Cunning plan! What is required for that? Nodes, Gateways, Infrastructure. A short list of events to see where we came from.

At the meetups, the architecture of the radio infrastructure was discussed. There are two main strategies to deploy the network in our town:
1. Usage of gateways at a high location to cover a large area.
2. Usage of multiple small gateway to create continuous coverage over a wider area.

The first strategy is relative simple but requires effort on selection acquisition of candidate buildings. Buildings shall be of significant height to be able to cover a large area. The advantage of this approach is that you need only one building for primary coverage and some extra for failover purposes. The number of gateways is low and so the money involved too. Without having the Kickstarter gateways the cost of a gateway is between 500 and 1200 euro’s. This does not even include installation and internet access.

This strategy can be rolled-out and operated by a small community team and produces a high available network with good coverage over a large area.

The second strategy is to have many gateways that are operated by community members. A high count of gateways will, when evenly spread over the target area, result in a consistent coverage when the gateways meet minimum installation requirements such as outdoor installation of antennas at good height.

This strategy requires a large community where every member is participating and members are living homogeneous spread over the target area. Every member should invest in a gateway and install it. Also, the member should operate the gateway 24/7.

The disadvantage of this approach is that overall cost is high. A small count of community members will result in poor coverage. Also, reliability of the coverage is low. For example, when a community member is on holiday he, very likely, will power down his gateway.

As a number of community members has put their money in the Kickstarter there was no driver to invest in building a gateway ourselves. We decided to wait for the Kickstarter delivery before deploying many gateways.

Within the community there was a strong interest to get started experimenting so it was decided to build single channel gateways and some nodes of course. In two meetups gateways, antennas and nodes ware constructed. In one evening 10 additional 1 channel gateways came on air!

A pilot with a gateway

In parallel to the meetups we got in contact with engineers of the Kadaster in Apeldoorn. This governmental organisation is in a high building in the centre of Apeldoorn. In a technical meeting, we searched for common interest in our goals and how we could strengthen each other. It was found that the existing equipment (GPS receivers) should not be disturbed by our gateway operations and therefore we agreed on a 3-week pilot to find out if undisturbed operation was guaranteed. The chance on success was estimated high by engineers of both Kadaster and TTN Community. When the pilot is successful we will be allowed to build our gateway at this location.

The location was very promising. Simulations show large coverage so expectations are high. Wireless things Belgium was so kind to borrow us a full-blown gateway. And half November we started our pilot. Unfortunately, due to connectivity issues, we were delayed one week.

The pilot gateway is a 5 dBi omni directional antenna on top of a Clark mast which was extended to 3 meters above the roof. This ensures a representative situation for our pilot.

Currently we are testing the gateway using TTN Mapper and a lot of nodes. We’ll keep you posted on our progress. 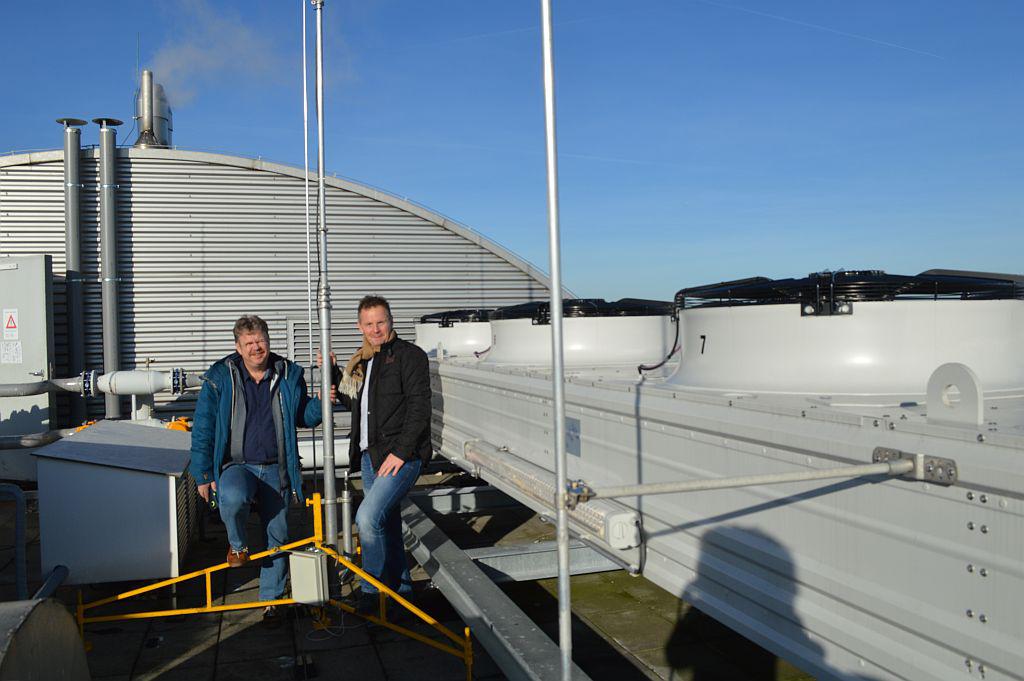