Fellow community members Martin, Roger, and I are on our return from an exciting weekend in Amersfoort, The Netherlands. We have been participating in a combined conference and hackathon hosted by the Meetjestad (Measure Your City) crew. The conference was great and touched upon topics such as citizen science, sensor reliability/endurance, LoraWAN/TTN and emerging research projects (fuel cells powered by soil bacteria, anyone?).

Besides, the three of us from Bergen participated in a small LoraWAN-in-space hackathon together with the local Meetjestad crew and Thomas Telkamp from the satellite provider Lacuna Space. The goal: To deliver a packet of Measure Your City-data via the first open IoT satellite in space (how awesome is that?).

Well, that sounded challenging enough for us. To make it even more interesting, we had a particular deadline for this hackathon: The tiny 30-second-window when the small satellite was passing by Amersfoort (at 9:37 PM, to be exact).

After 12 hours of severe tinkering and hacking, it was time for our exam. We climbed the roof of the Meetjestad HQ, carefully placed the four reference sensors we had assembled during the day, and waited. The clock struck 9:37, and a few seconds later, a symphony of lights started blinking on the devices. We were definitely transmitting, but did the data get through? We had to wait six more minutes for the answer, giving the satellite enough time to downlink its precious payload to the ground station in Denmark.

And lo and behold – it was a success! The packets from one of our four nodes got through. We had experimented with different antenna designs, and the winner turned out to be the home-brewed helix antenna that resembles a work of modern art (curtesy of Andries of the Meetjestad crew). Later on, we learned that the reason for the failing transmission of the three other nodes could potentially be linked to the fact that all of them were transmitting at the exact same time, saturating the transmission window. The reason for this was a bug in the randomizing routine, which we have now fixed. (This issue was, in fact, independently suggested by Tingkart on the Bergen Slack channel – kudos to you! Our community is as vibrant as ever.)

So here we are, excited and exhausted on the plane back to Bergen. The conference and hackathon might be over, but we do not come home to Bergen empty-handed. In our luggage, we carry one of the four reference design stations. The testing will now continue at 60 degrees north, in the city between the seven mountains: Bergen.

A big thanks to Meetjestad, Thomas Telkamp and Lacuna Space for giving the community in Bergen this early opportunity to get hands on with the hardware.

I suspect that many of you are eager to check out this ingenious device hands-on, and that will of course be possible very shortly. It’s the perfect topic for our next meetup, so stay tuned fore more! If you can’t wait, shoot me a message on Slack to get some more information in the interim. 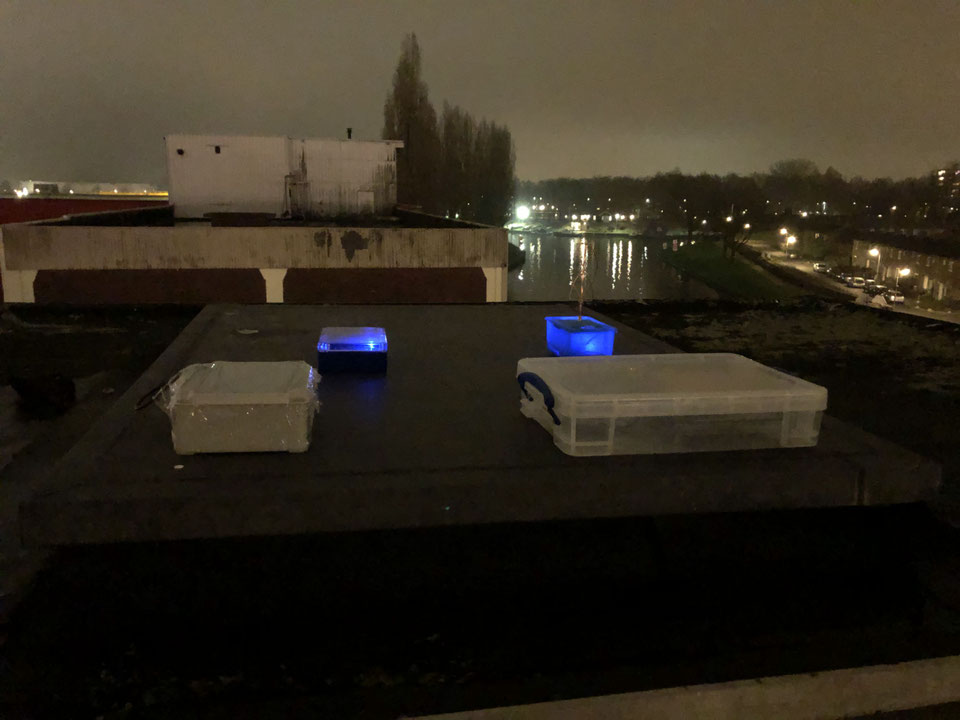