From the 1st to the 3rd of February, the core team of the newly formed The Things Network community in Birmingham visited The Things Conference in Amsterdam. This couldn't have come at a better time for the Birmingham team, who having formed mere weeks earlier, had the opportunity to go to where it all started and learn from the best in the community and industry.

The team was made up of 2 final year students, 1 placement student, 3 second year students, and an academic in Computer Networks and IoT. The diverse range of courses and skills in our team helped us make the most of the conference - we split up and learned as much as we could around our specialist subjects in order to maximise learning. We came together at the end of each day to share knowledge and catch up on the day's activities.

As part of our trip, the students within the team (including myself) volunteered with the staff from The Things Network to help run the conference. This ranged from basic tasks such as cleaning, to more active jobs such as printing tickets and name badges. You'll have recognised us, wearing navy blue "The Things Conference" t-shirts! This provided an excellent opportunity to connect with fellow students interested in The Things Network, LoRaWAN, and general IoT. Volunteering students came from all over the world, from the UK, the Netherlands, India, and South Africa. It's hard to believe that such a diverse team of students now feels more like family.

While at the conference we managed to meet Wienke and Johan, the co-initators of The Things Network. For us as a community, this was something special! They were able to impart to us essential knowledge that we need while we start promoting and building the Birmingham community, by giving us inside knowledge on how they started the worldwide community. This will likely prove invaluable to us.

Now that we're back, we've got two gateways set up, with four outdoor ones on order. And we can't wait to get them set up. With two projects already underway, and a third in the works, it's an exciting time for The Things Network in Birmingham! 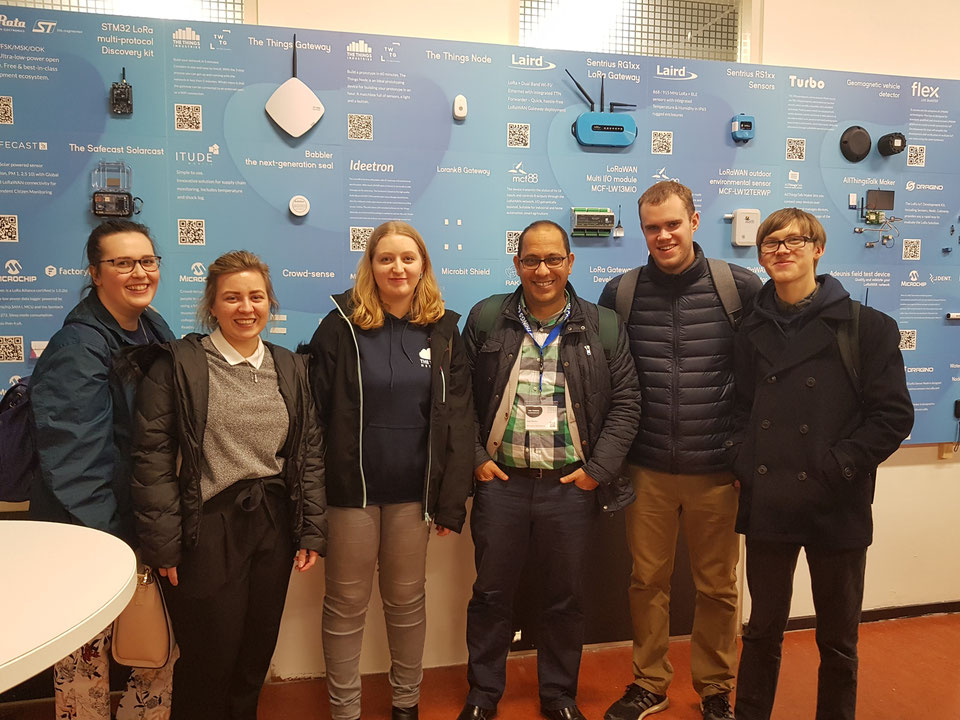