We're excited to announce that the first two The Things Network Calderdale community gateways are now online. The first of these is located at the Tenterfields Business Park, just outside Sowerby Bridge. With the second at Hebble End Works, right in the centre of Hebden Bridge. Both Sowerby Bridge and Hebden Bridge suffered severe flooding on 26th December 2015 and both of these gateways will be used to support a crowdsourced network of flood sensors. We have yet to conduct proper range testing, but the Hebble End gateway was successful in receiving data from a node located 2.4km away and at an altitude 200m higher, which is most encouraging! It is hoped that this gateway will be able to cover downstream to Mytholmroyd — which was also subject to terrible flooding — with the Tenterfields gateway covering down to Sowerby Bridge, which had flooded for the first time in living history. Both gateways are DIY builds based on the IMST iC880A plus Raspberry Pi 2 Model B. 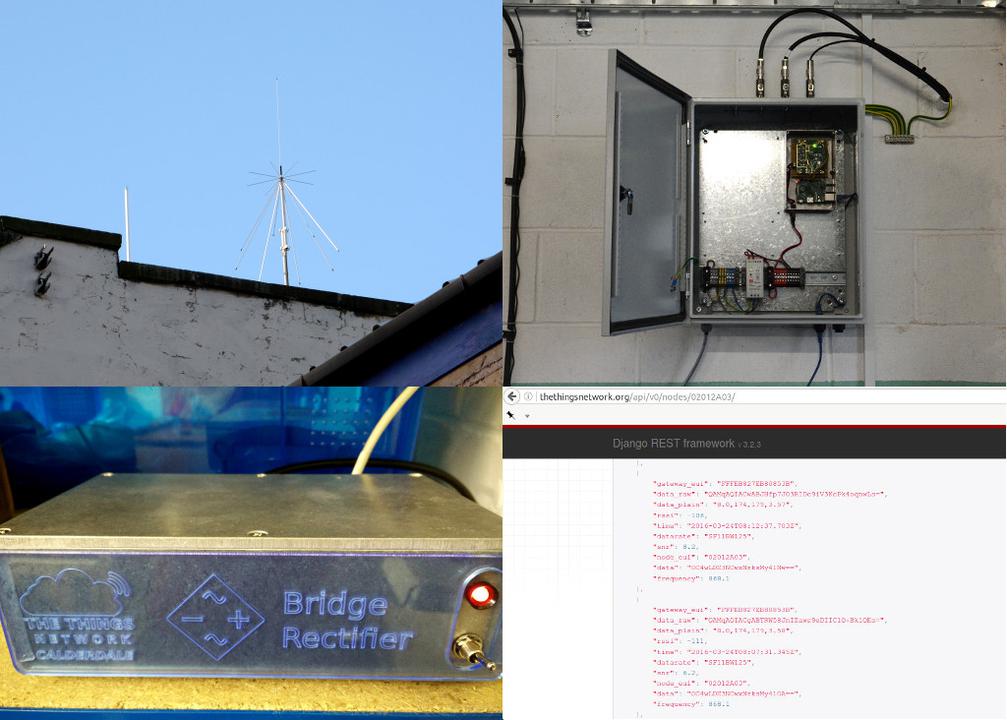