Last Thursday (26/10 from 11:10 until 12:30), my colleague and I installed a gateway at the University of Parana (UFPR), on a tower at the Electrical Engineering building, and, once it was connected to the TTN server, we started walking around the campus with two nodes (one DIY Arduino-based and one bought from Rising HF) and a GPS tracker app in our phones to test our gateway coverage. The data from both devices were posted on our simple web application (https://thethings-radek.000webhostapp.com/sample-page) and was later matched with the GPS-coordinates' time in order to trace our route.
The result can be seen in the image and are pretty good! The red route consists of the coordinates only when the packets were sent from the devices, the orange track is what the GPS measured at a given time and the pin is where the gateway was located.
The furthest point is estimated to be more than 800m from the gateway! We were surprised with the fact that most of the packets were not dropped due to CRC error even from such distance (and considering all the buildings between the gateway and the devices!). 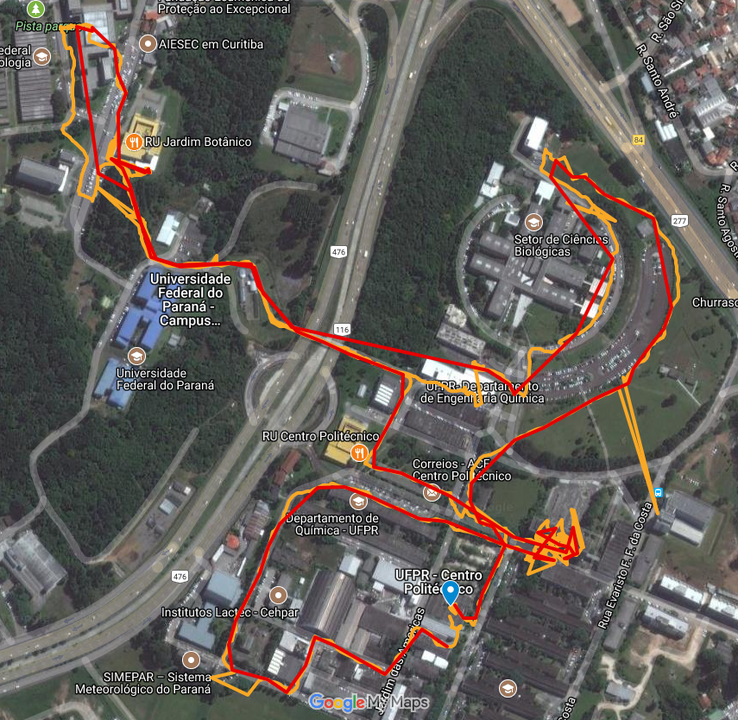