OK, so I should set up a community for the gateways down this way but this is an upgrade story for the gateway that has evolved right about here over the years. The first TTN multi-channel gateway I built was based on a spare Raspberry Pi B+ which was an early evolution of the single board computer. For simplicity I used some PoE injector cables to send 19vDC from an old laptop PSU up to the roof of my house where the gateway is installed and a buck converter DC-DC unit to bring the 19v to 5volts for the Pi. This setup has been super reliable with only a single SD card failure despite several summer/winter cycles up on the roof of the house. Even that was easily fixed with the Balena.io docker image instantly re-installing to a fresh SD card with a new Balena OS, really easy to maintain both online and physically.

The Raspberry Pi foundation recently released the new Raspberry Pi Model 4B and for the anniversary of the original launch marketed the new 4 core SBC with 2GB of onboard RAM at the original lunch price, about €35. This version (like the last version; Raspberry Pi Model 3B) of the single board Pi also has header pins to allow for proper 802.3af PoE operation from a more standard 48Vdc. I had been accumulating "Stuff" to permenantly install PoE hardware at home so being house bound to "Socilally Isolate" (there you go, time-stamped to the COVID - 19 pandemic) is the perfect opportunity to hook everything up. I put a new faster switch in the attic/patch panel with smart PoE available everywere now

Thankfully familiarity with this kit meant that it was literally a case of plugging everything together and like the SC card failure, simply plugging the Pi into the internet with a fresh Balena OS image on the new Pi/SD card. I had to install longer header pins on the Raspberry Pi to extend through the PoE "hat" that the concentrator interface board could plug on to. This was easy enough, I had some in the parts bin and I improv'd some stand-off spacers from compressed air line to prevent the PCB's from moving and stressing the connectors and,well, that was about it.
Once I removed the old PoE injector from either end of the existing ethernet cable I plugged the new gateway unit into the home network (on the roof of the house) and presed the transmit button on a little test device and there it was, packets on my TTN console and tx ID's on my phone. All in all a very simple upgrade.

This gateway has had a busy life so far recieving packets from all over the east coast of Ireland and Western UK. It is already past it's third birthday and 250,000 messages, let's see if it remains as stable and reliable? 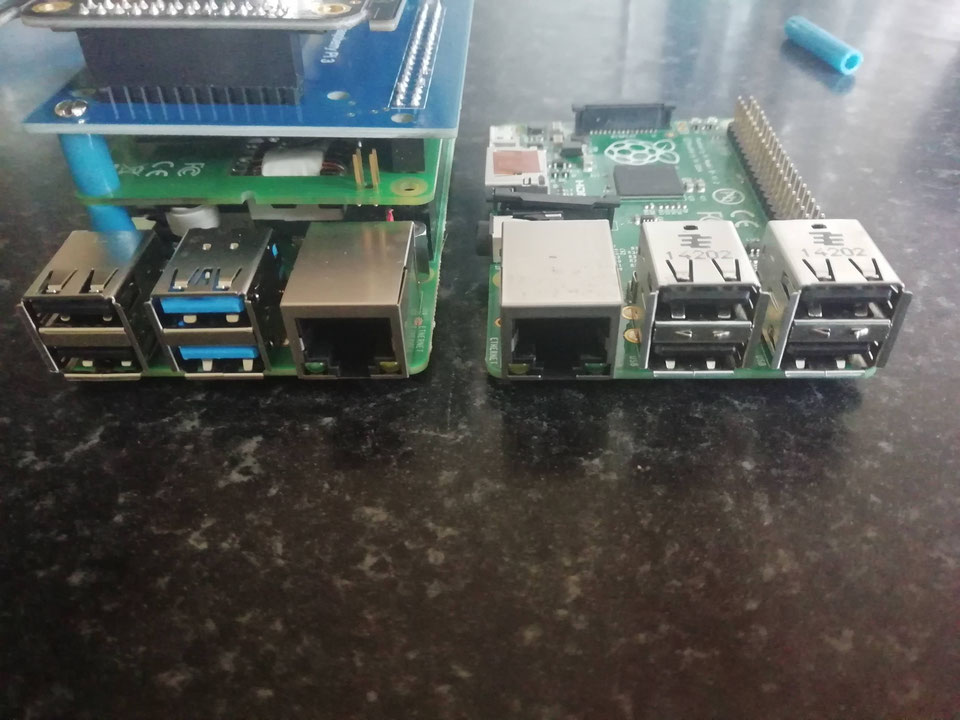