Things startet to arrive lately to get my first multi-channel gateway installed including my RAK831 concentrator board and a handy interface PCB from the regular TTN contrib Kersing. In fact he put a packet forwarder together which uses the resin.io OS which I have to say is pretty slick, really easy to install and deploys itself.

While I was deciding on hardware and waiting for parts I put a portable single channle gateway together using an ESP8266 with a WiFi connection back to TTN. This was handy for me to get the hang of building nodes, payload functions and all the other stuff that I am not really the best person to develop, truth be told! This has been very handy but I had only a small antenna for short range use, here it is with an Arduino Pro-Mini node: 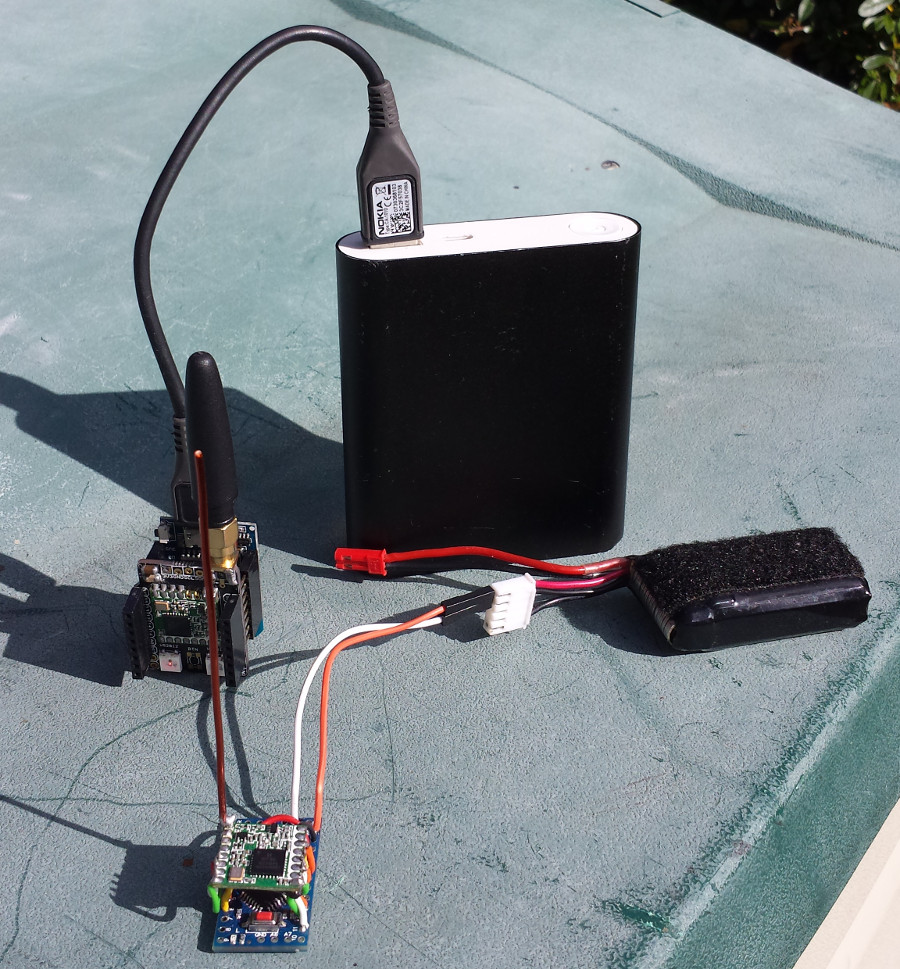 I used the design from HERE to build a simple ground plane antenna. I am curious to see if this is any or significantly more effective than the small antenna I had been using. My few experiments "wardriving" have shown that range was poor, less than 1km at best and very much influenced by how high the gateway antenna is above ground. Here's the home-spun antenna: 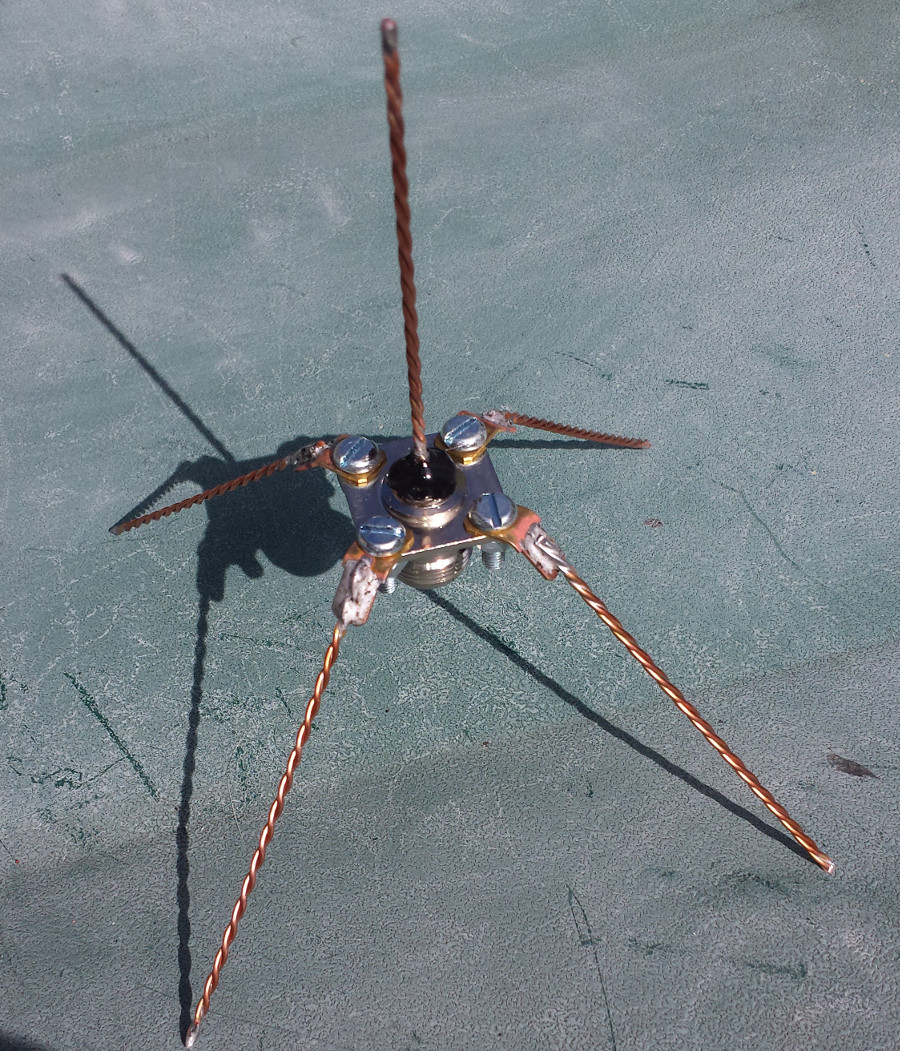 And conveniently how the N locking ring presses tightly into standard 20mm conduit: 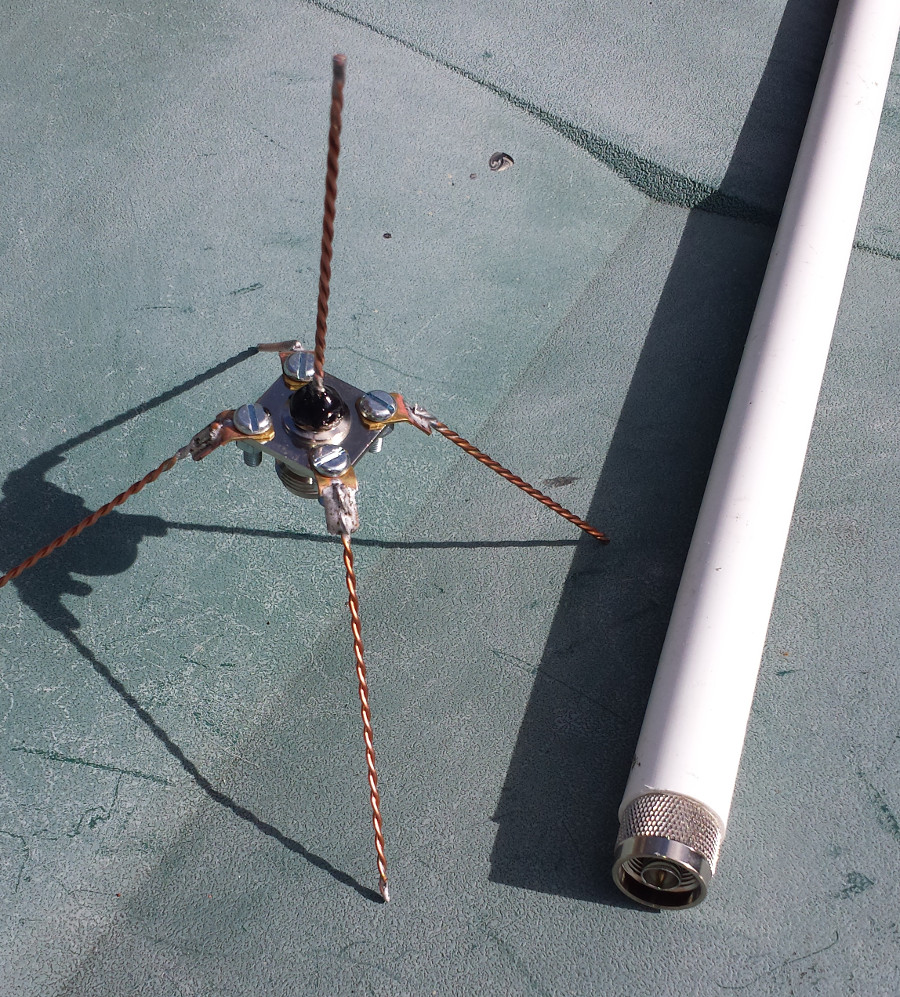 To try this out for range I will take the node with me in the car later and try some of my usual test locations to check RSSI. The temporary install inside the loft of the house and a benchmark (I have the RAK831 running also in the ground floor front window of the house also to compare). 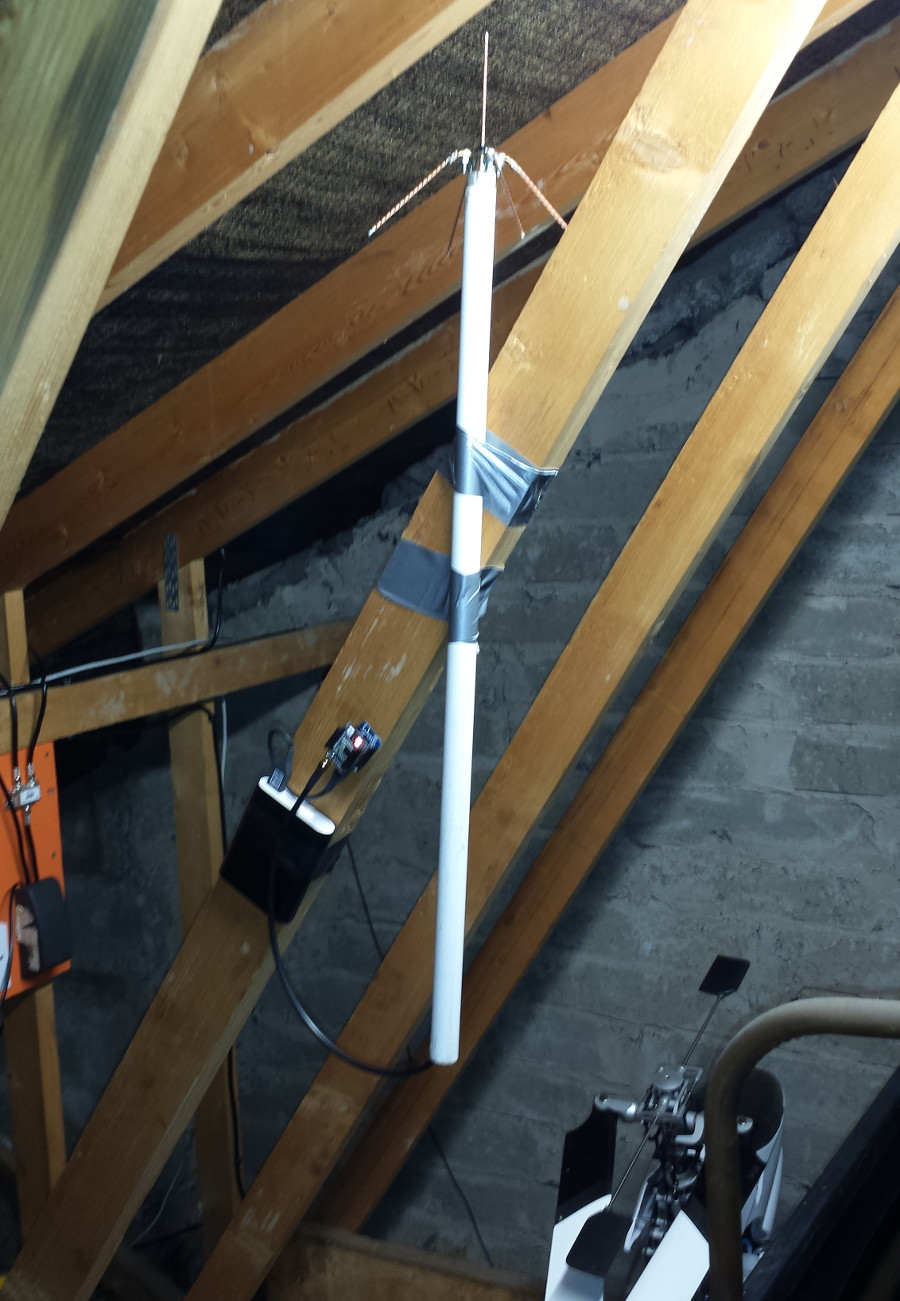 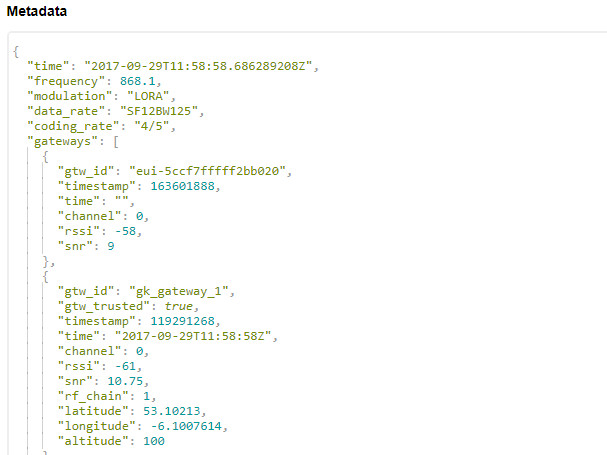 I should have the first multi channel gateway enclosed in a weather proof box in a day or two but won't put it out in the elements until the antenna I will install permanently over the house is delivered. Post to follow... 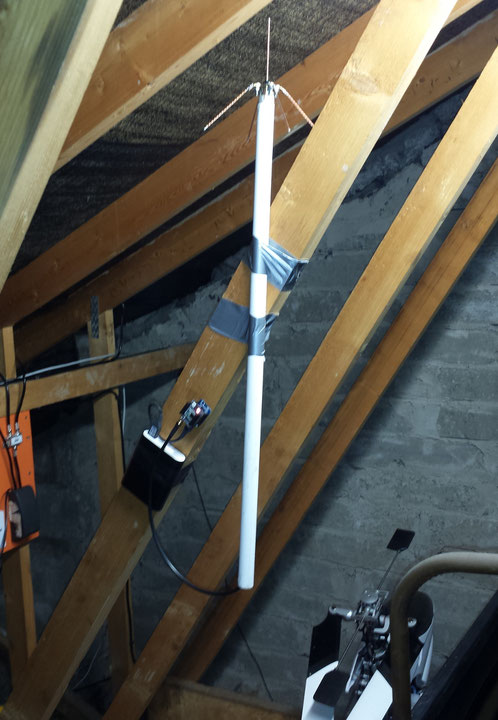