Fun with LoRa - Just a Snippet

It's been a little while since receiving some hardware kit to explore LoRa and it's potential capabilities. Where better to test such technology than on the Otago Peninsula. For those of you not familiar with this wonderful region of New Zealand I've taken a snapshot view from Google Earth. You can clearly see the peninsula in all its glory and the Metropolis of Dunedin down at the harbor basin. 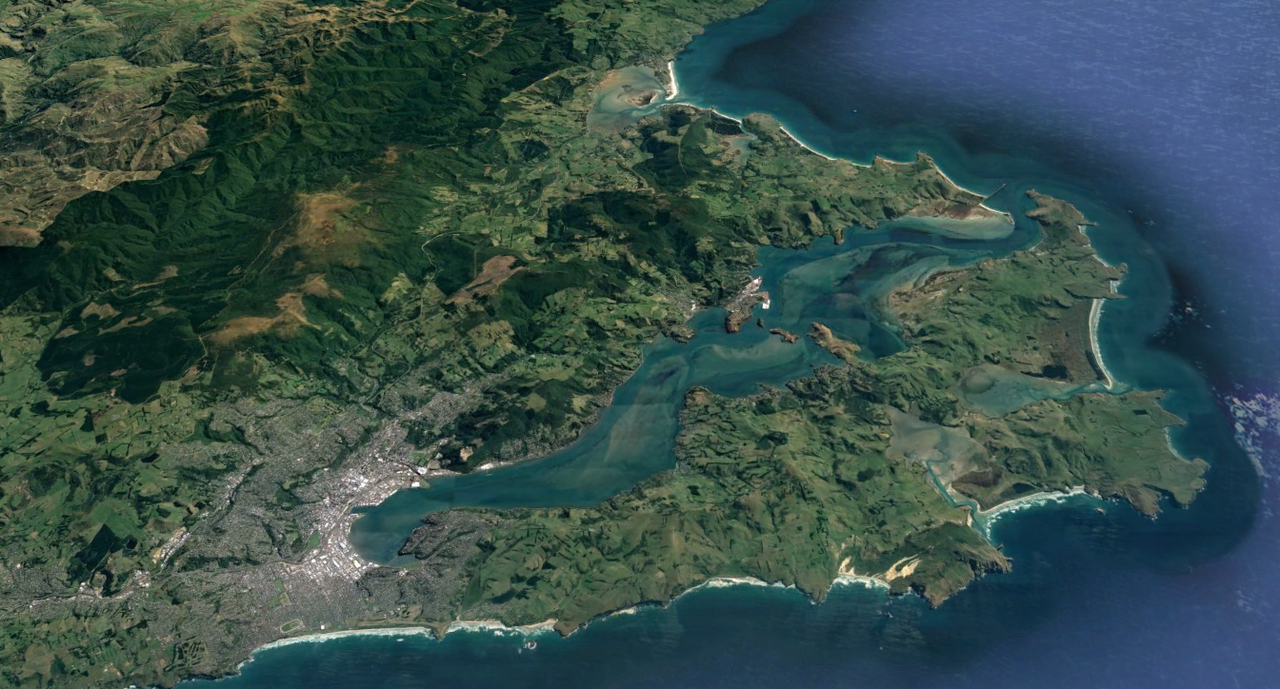 Why choose here as a test ground you ask? Well, why not? I live here and the topology of the landscape makes for a great test of radio capabilities. From my home gateway there are reasonably long stretches of line of sight paths to end nodes, coupled with more difficult terrain to test the limitations. 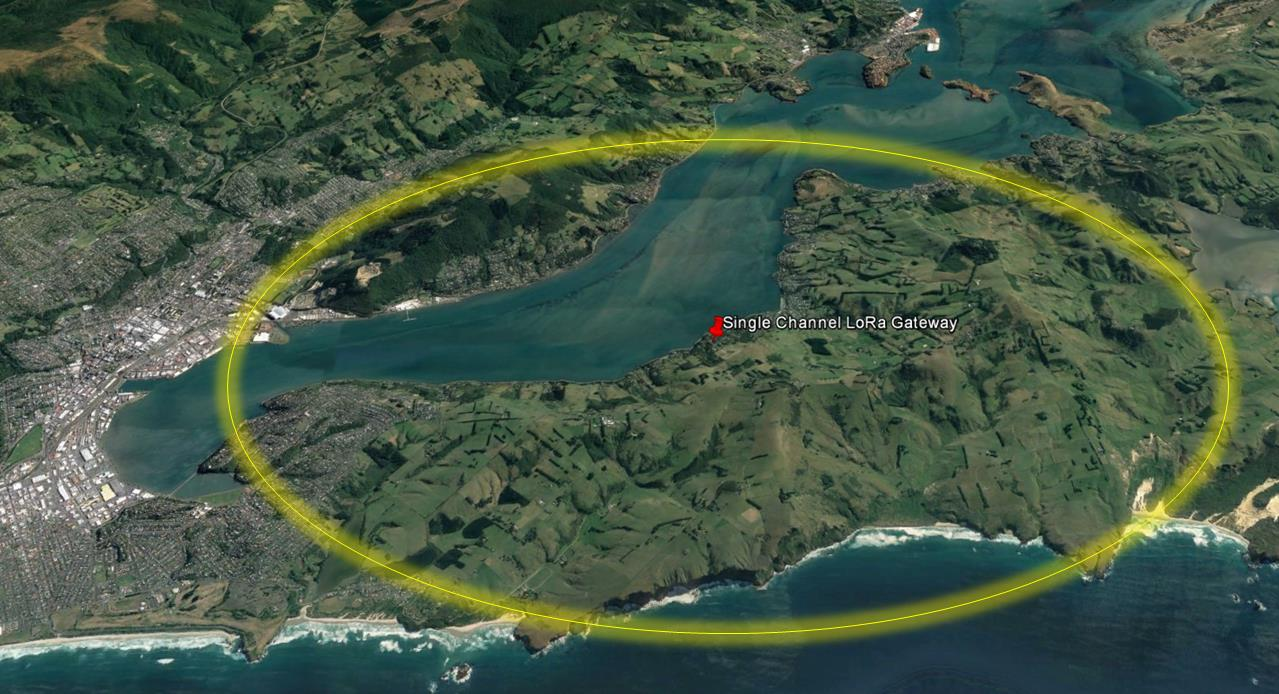 Line of sight connectivity between the gateway, Port Chalmers to the north and Dunedin to the south are excellent even at a medium spreading factor. Connectivity down the harbor basin and beyond the city limits was operational at >12kms before the surrounding high ground limited the reach over the hill tops.

The next stage of basic testing will involve a longer distance and connection tuning in an attempt to gain non-line of sight distance connectivity. The planned node position is in an area prone to flooding both from sea-surge and heavy rain. The node will be positioned to measure water level and ambient temperature. You can see that the land elevation profile for this proposed next stage may possibly make connectivity difficult at best. 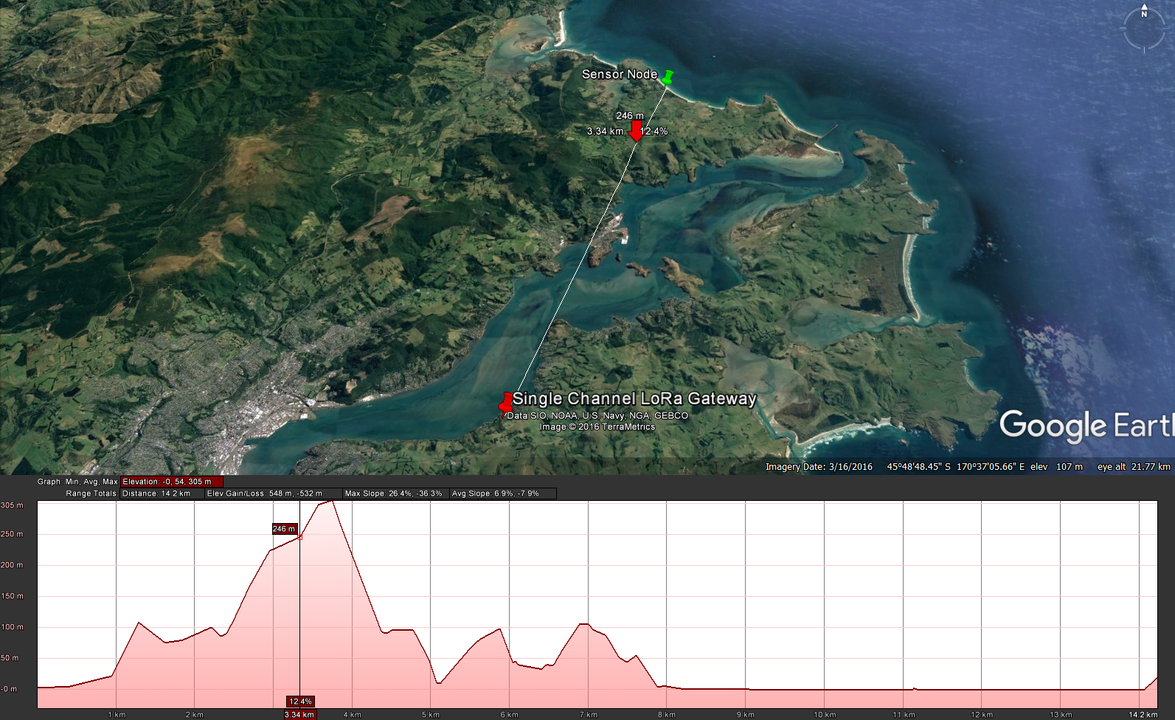 Direct line of sight distance is 14.2km, however, we have land elevation in between of 300m. Pending any level of success with this next level of testing, there is no reason to stop one single channel gateway covering the entire peninsula and harbor basin.

Stay tuned to catch up on the next snippet. 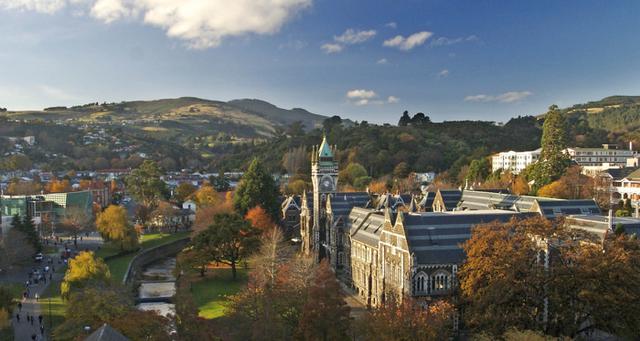