Gerard Duineveld invited us to the well-known Cellnex (formerly Alticom, formerly KPN/PTT) radio tower and data center in the Waarderpolder today, to discuss options to get a gateway installed at 95 meters.

As shown earlier by others, near line-of-sight situations with high altitude gateways/nodes can yield very nice ranges. From Haarlem, ttnmapper.org showed that an ESP8266/RFM95W node with a half wavelength dipole antenna, sending at SF7, SF9 and SF12, got its packets received at SF12 in Dronten, which is 73 km away. Utrecht even received at SF7 at 48 km, and so did Almere at 34 km, and Noordwijk at 23 km. (Details.) 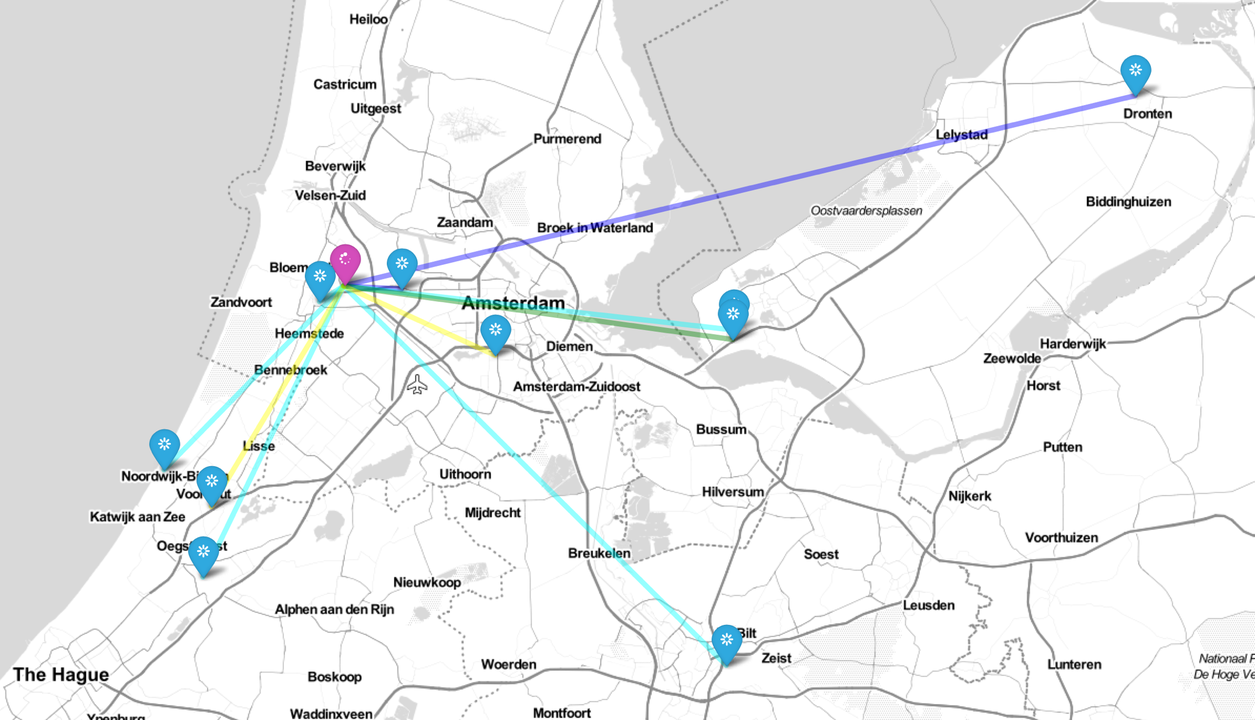