Last night a group of 14 geeks, makers and IoT enthusiasts got together at the Hobart Makers HQ to learn about LoRa and TheThings Network. There was a LOT of material to get through and while we didn't finish all of it, most of those who attended were able to configure their LoPy microcontrollers, upload some code and send packets to TTN!

The workshop is Hobart Maker's first on the subject of LoRa and IoT, and due to the public interest (the workshop sold out in 4 days and additional spaces were opened when we purchased as many more microcontroller kits as we could!). Initially the plan was also to introduce MicroPython as an alternative microcontroller development language, but since we only had 3 hours that Python introduction will be made into a separate workshop.

The LoPy boards with their ESP32 micro are pretty new and the firmware is a moving target, so we made sure everyone knew how to flash new firmware onto the device as well as upload code. Up until now Scott who hosted the workshop only had two of the LoPy boards to test with. One of those was turned into a single channel gateway running on 917MHz (DR3) and the other had sensors such as ultrasonic distance, temperature/humidity and soil moisture attached. These Showed off the different interfaces, digital and analog that the LoPy could read from.

At the end of the night, we had all set up a TTN application, had the LoPy sending small packets with sensor readings and created a payload decoder in the TTN console. It was great to see beginners diving in and investigating the new micro and sensors, as well as the more experienced lending a hand where needed.

Thanks to all that came along, we hope you enjoy learning to use MicroPython on your new dev kit and creating interesting new applications for your sensor networks.

Stay tuned for follow up workshops which will cover:
Learning Python and MicroPython
Creating simple Web apps with Python and connecting to other APIs 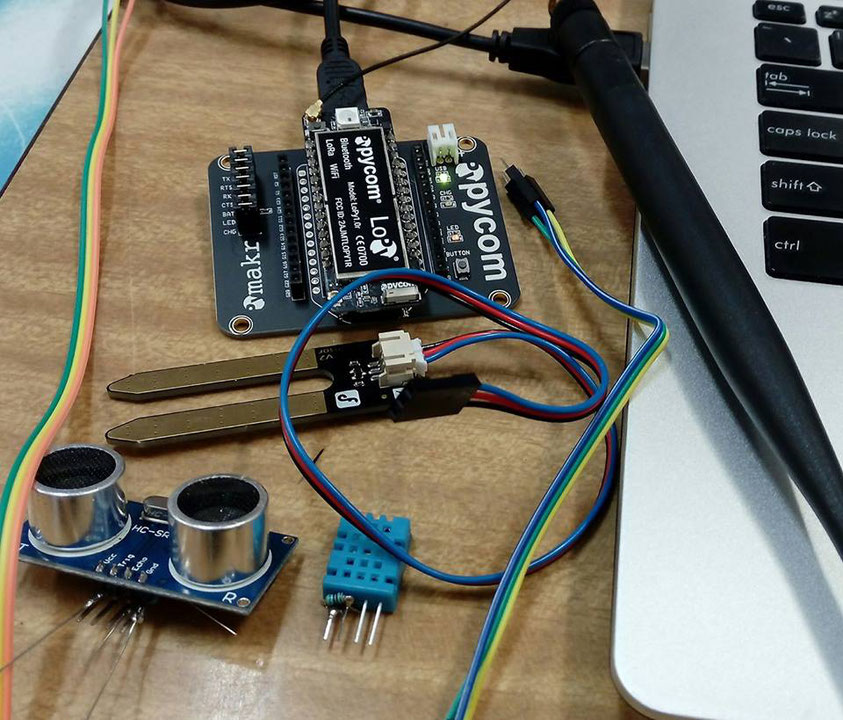