Just a brief update on our recent progress:

We've got a homebrewed (Raspberry Pi + IC880A) multichannel gateway up and running in Douglas, on a (mostly) 24hr basis. Coverage has been mapped along the promenade, and it seems to perform quite well. Other coverage reports from further inland would be welcome. You'll need a working node and an Android phone to contribute. (See here for info.)

We're also in discussions to try and secure a location with a great RF view of Douglas. A few tests are needed first though, as the site has colocated mobile phone masts using LTE+ transmissions just below 868 MHz which might drown things out a bit.

Further south, you'll sometimes see a gateway in Port Erin on the map. This is just a single channel (868.1 MHz) and single spreading factor (7) device, which is used for testing nodes. You're welcome to send messages through it though, but it's not operating very often at present. We're aiming to get some permanent multichannel coverage in the south by early December.

As for the north and west of the island, we need more volunteers! Join us! 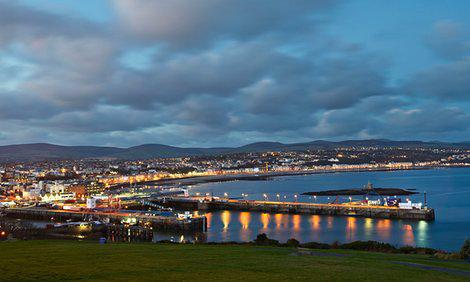 Back to Isle of Man