Why crowdsource the Internet of Things?

Internet of Things (IoT) posts are quite a common occurrence these days and although we seem to be making our way through the Gartner hype cycle. There doesn't seem to be many particularly compelling IoT examples yet.

In 2012 I was co-writer for a convergence study commissioned by the then UK Technology Strategy Board now InnovateUK as to why the Internet of Things wasn't really taking off as many had expected. The study called City of Things, focussed for the most part on the implementation of the Internet of Things in the public urban built environment. What we were trying to understand was if you created an open and for the most part free, IoT infrastructure would this kickstart IoT innovation. A number of interviews were carried out with various stakeholders from public agencies to private companies and property owners. What became apparent was that the public urban built environment has a complex set of relationships where institutional inertia and fragmented decision and ownership structures tend to stifle innovation. This was exacerbated by a sizeable amount of public infrastructure and service provision being delivered or owned by commercial interests as part of Private Finance Initiatives (PFI). What we also saw was that although the technology was evolving rapidly, it was dependent on either a pervasive data network which required access points and gateways attached to buildings and lampposts, or connectivity through mobile phone networks which are people rather than device oriented - a recent prototype project we undertook had 20 devices each with their own Pay as you Go accounts.

It is not hard to see why IoT in the built environment isn't really taking off when the data infrastructure is difficult to implement or prohibitively expensive. From another IoT project power usage became an issue. A colleague had the unenviable job of visiting all the sensors in a network every week, come rain or shine, to replace batteries. There are examples such as the implementation of autonomous parking sensors like those used in San Francisco in their SFPark initiative having a longer battery life, but power is a major issue for all remote, autonomous devices.

This week saw Amsterdam launch an IoT data network that covered the whole city. What sets this apart from other initiatives is that it has been implemented in a very short time - six weeks and is being lead by IoT enthusiasts, businesses and entrepreneurs. It is interesting to note that the CTO of Amsterdam, Ger Baron is quoted as saying "What I really like about this is that Amsterdam's city government was not involved at all. This is completely initiated, financed and built by inhabitants of Amsterdam." How did this happen? Well Ger's point about by-passing the city is important. IoT infrastructure projects in the built environment tend to be expensive, have to be negotiated and take along time to implement.

The Things Network utilises low power, inexpensive equipment that has huge range. This enables the city of Amsterdam to be covered by just 10 gateways. From speaking to colleagues involved in the project, implementation is relatively easy with gateways easily hooked up to internet routers. With €1,500 gateway it is possible to cover a whole city (7 mile radius) - a one gateway network wouldn't be particularly resilient, but the possibility of enabling a city-wide IoT environment by having a gateway sat next to your router is compelling. The Things Network is in the process of crowd-funding the development of a low-cost $200 gateway. Which would make creating IoT data infrastructure even easier. The LoraWAN™ technology used by the Things Network solves a number of the challenges we identified in the City of Things study. It is also collaborative and open-source - there are many aspects especially around governance that need to be addressed, but this is a work in progress that adopts the ethos of the internet being for everyone.

So if you are interested in seeing a crowd-sourced, open IoT infrastructure in Manchester or any other city for that matter get in touch. 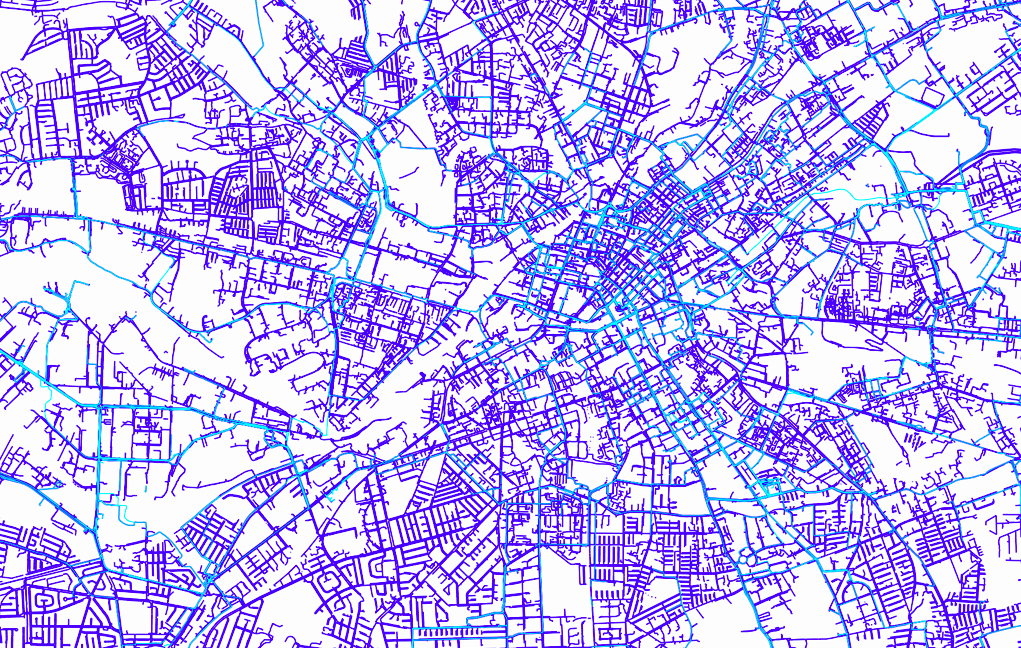