Trying to make the world a little better, about 14 projects at a time.

It's been about a year since our first meetup, and things have been progressing rather slowly in the Munich community. But in recent weeks, some people at the Munich Maker Lab have started to pick up their LoRaWAN efforts again.

"New" gateway
The MuMaLab has had a gateway ever since the first meetup. When we moved earlier this year, it got some fresh air in front of our space, but only two weeks ago we finally got it up on the roof, high enough to cover a decent area. And we've seen a few more packages pass through it now (not only from our sensor nodes).

Sensor Nodes and Workshops
In order to get more people involved with our community, we want to give them something to start out with. There are quite a few different platforms to build a node with, and it might get a bit overwhelming starting out with. So we've looked at a few, and decided to go with Doug Larue's design based on an Arduino Pro Mini and the RFM95W LoRaWAN module. We've built two now, and were very pleased with how simple they were to put together and to program. The next step will be a small workshop within the lab sometime in November, before doing a normal community meetup and more workshops probably early next year then.

More Gateways
Finally we of course want to increase the LoRaWAN coverage in and around the city. That of course means more gateways. We've been talking about access to some good locations for new gateways, the parts we now need to figure out is how to finance them, as well as finding more locations that would be suitable. If you are able to sponsor a gateway, or know of a good rooftop, please let us know.

I'm looking forward to some exciting workshops, meetups and converstations in the next few months. To get a more detailed look at what's happening, you can also take a look at our @ttn_munich Twitter account. Feel free to share your projects there as well.

Let's get this off the ground! 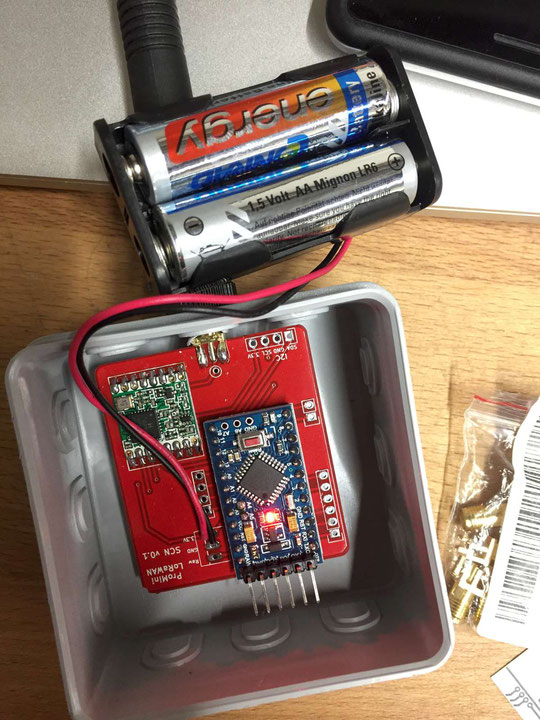