ThingsNorfolk (@TTN_NorfolkVa) had its first event to recruit new volunteers and contributors at the Engage Norfolk civic fair this weekend. Engage Norfolk showcases citywide organizations that represent causes and communities of interest in Norfolk and beyond.

We activated a Things Gateway for the event to illustrate the power of the Things Network. Our venue featured a demonstration of a LoRa based flood sensor and Things Node coupled with a display graphically showing the data being transmitted across the Things Network. ThingsNorfolk revealed the plan for extending the network city wide capturing the attention of local and state politicians attending the event.

We recruited new members and had one new gateway funded. This will bring the total number of gateways in Norfolk either running or ordered to eight.

Next up… the planning for our first ever join up including a presence by our local maker and civic tech groups. 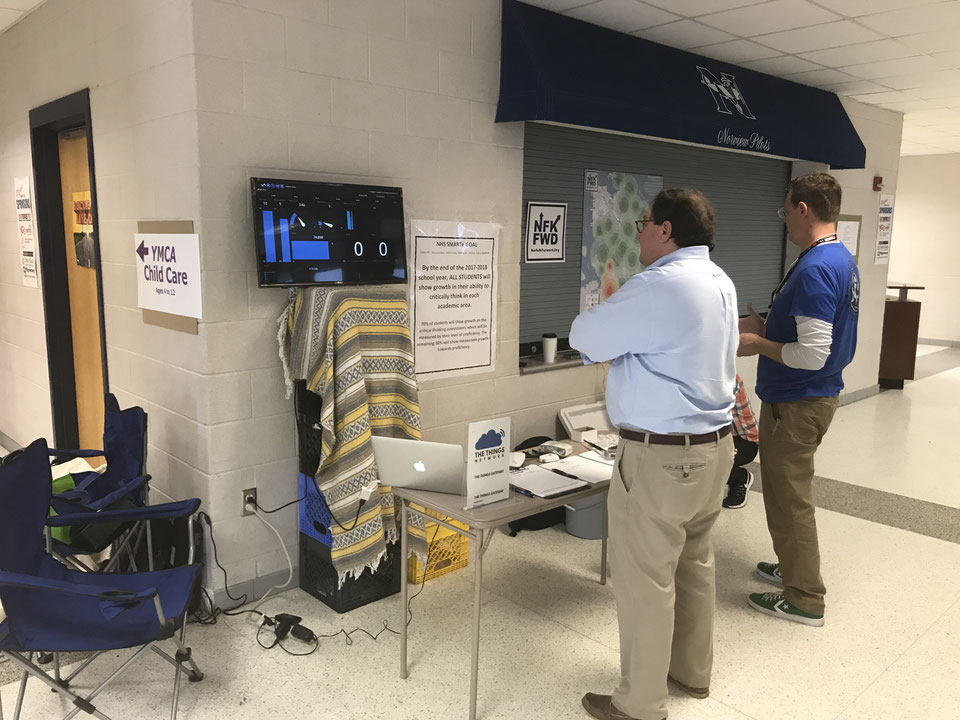 Back to Norfolk, Virginia