As mentioned in the June post we have now relocated and re-initiated the former Lenton/Lenton Abbey GW at its new home in Beeston close to Mecca Bingo south of the A6005. Though originally described as the NG7 gateway technically perhaps it should now perhaps be the NG9 gateway as it is one or two hundred meters west from the NG7/NG9 boundary though still effecting decent coverage to the SW of the University campus and in surrounding areas. Additional mapping and coverage checks will be made later in the month to confirm range and efficacy with results to be posted later, in the meantime we invite community members and local users to start their own experiments and tests of area coverage. 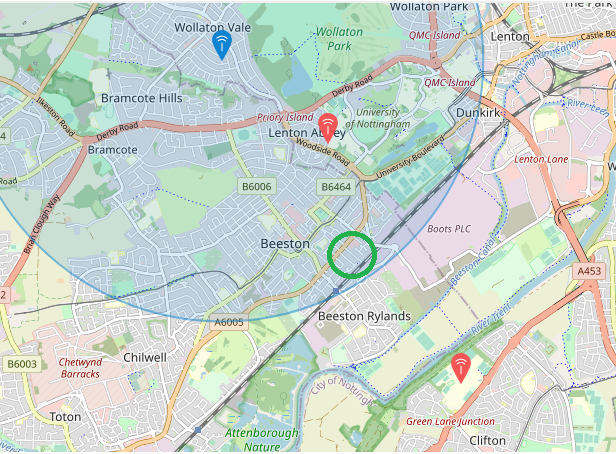