I'm happy to announce that the first LoRaWAN gateway for The Things Network is live in Ogden, UT!

After running several tests using a Seeduino LoRaWAN and a Microchip RN2903 Mote and successfully seeing traffic in both directions, I'm happy to announce that this is now live!

I have it running indoors for now and the results are already beyond my wildest expectations. I was able to hear packets as far south as 38th street and as far north as 31st street. On some extended tests, somehow I was able to hear a packet from the 30st street I-15 onramp left turn lane. I think that's just because it is up slightly on a hill, showing the importance of line of sight with all of this.

I'm currently trying to find better mounting positions for the gateway. Maybe outside, or maybe in a more visible spot.

There are now a total of 3 gateways planned. Two RHF0M301 and one RAK831. One of the RHF0M301 is up and running now, the other arrives today to set up! The first RHF0M301 I ordered through Seeedstudio as a kit. The second RHF0M301 I ordered directly from the manufacturer at a slightly cheaper price. (The shipping on the second was fast, but the communication back and forth was not exactly click to buy.) I still haven't heard back about the status of my RAK831 on order.

Let the coverage of ubiquitos low bandwidth IoT onramps to the internet commence! 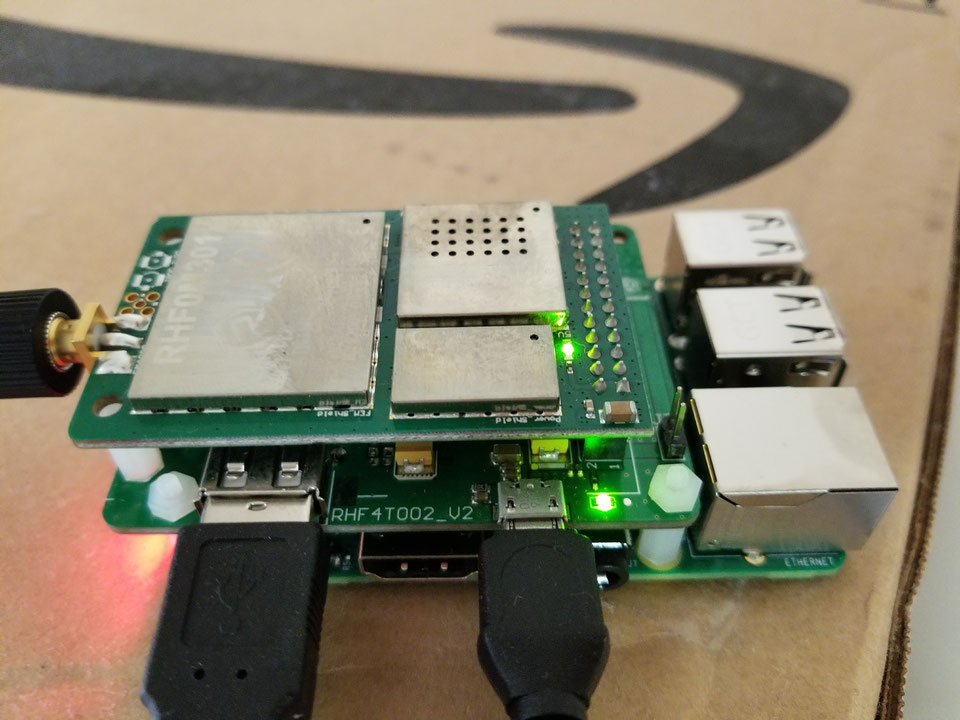