Having done some work with LoRaWAN for Things Manchester, I decided that our office basestation should become the first for Things Oldham. I'd decided we should try and achieve full coverage of Oldham, so the next step is to work out how many basestations are required.
This resulted in a rather fun afternoon with a map, looking for suitable locations, before entering them into CloudRF to simulate coverage. Though CloudRF is partly opensourced and based on splatRF simulator, I just found it easier to use their web interface.
Oldham is definitely not like Amsterdam. As a result of it nestling in the Pennines, it's significantly more hilly.
And since radio waves are stopped by hills, it became a fun game working out where to place antennas to achieve a reasonable level of coverage.

At the moment I don't know how accurate the predictions are, so the next step is to model some of the other Things Networks and compare them with actual results. However, at the early stage, it's incredibly exciting trying to design something to give full coverage of Oldham. 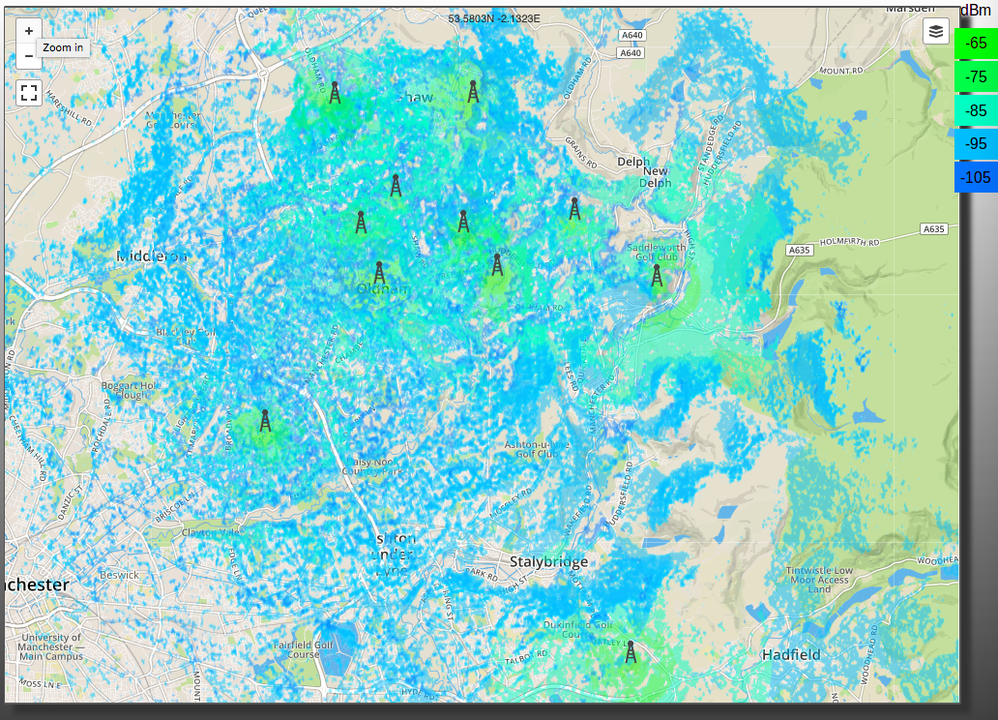