Things have been quiet in Wokingham over the last six months. My focus has been on learning as much as possible from Reading so that Wokingham TTN can get up to speed quickly once properly launched.

Reading has 12 gateways hosted by supporters from homes and businesses. This has given us the opportunity to map coverage in a real world situation. The most of the gateways are indoor Multitech Conduit with the standard rubber ducky antenna. The rLab hosted one has an external outdoor antenna and this gives the best coverage. Around the hospital connection distance is much reduced.

The second focus has been on evaluating nodes, that is sensors with LoRaWAN(tm)radio modules. A test setup has been running at theMERL, the museum of English rural life, next to the hospital in Redlands Road. The photo shows the panel we took to Amsterdam for The Things Conference that reflects the sensors at MERL.

Three major milestones were announced in conjunction with the conference:
1. The shipment of the TTN Gateway to Kickstarter supporters.
2. The V3 Backend and open sourcing most parts of this.
3. Support for the LoRaAlliance(tm) 1.1 spec. that includes localization without GPS.

Locally Reading Borough Council has lauched a Smart City initative and it seems likely to include the goal of supporting LoRaWAN(tm) between Newbury and Bracknell. With their support the gateways should be able to have the good hosting sites (suggestions for Wokingham are very welcome) and coverage should be extensive.

With all these advances it will soon be time to look at Wokingham for a formal launch. 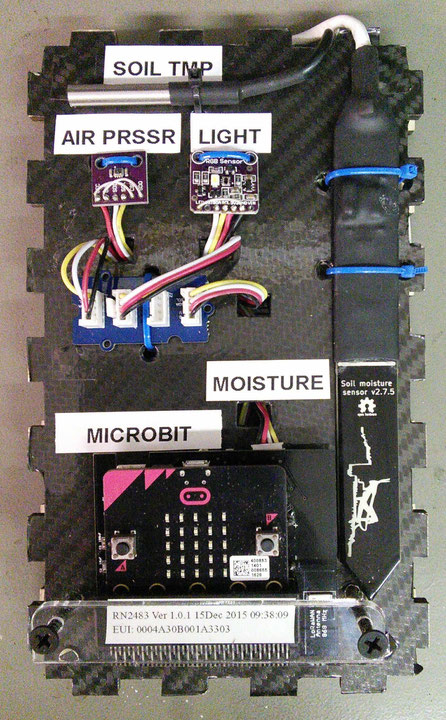