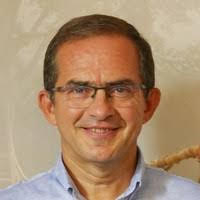 François Sforza is vice president of IOT and LoRa®-based solutions at Semtech. He works closely with internal teams and the LoRa ecosystem to continuously develop the next generation of end-to-end IoT solutions. François has 30 years’ of experience in the microelectronic and service industries. He began his carrier at Thomson as a designer, before moving to a marketing director position to expand the RF ASIC activities. In 2001, he joined MEMSCAP, a start up in MEMS, as Sales Director. After this, François moved to Wipro-Newlogic, where he managed the deployment of Bluetooth and Wi-Fi IP services to the telecom and healthcare industries. François then, along with Nicolas Sornin and Olivier Seller, co-founded Nanoscale-Labs and Cycleo, and developed a new generation of wireless technology – LoRa – for Long Range, low power IoT connectivity. Cycleo & Nanoscale-Labs were acquired by Semtech in 2012. François holds an engineering degree (ENSERG – Telecom), as well as an MBA.