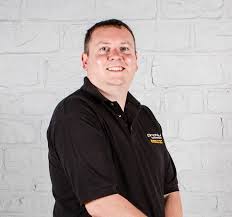 Paul Hayes is the co-founder and Technical Director of Alliot Technologies Ltd, Europe’s leading distributor of LPWAN technology. Based in the UK, Alliot specialises in distributing world-class hardware, software and services throughout the UK and Europe.

With over five years of experience working with IoT, Paul has been working with LoRaWAN for more than three years. Starting off as a hobbyist, Paul quickly identified the opportunity LoRaWAN presented, which led to the creation of Alliot Technologies.

Along with the rest of the Alliot team, Paul has been involved in many LoRaWAN based projects. He has experience of assisting partners in developing small proof-of-concept solutions right the way through to creating large-scale projects involving tens of thousands of devices.

Prior to starting Alliot, Paul was a director of Alliot’s sister company, ProVu Communications who are experts in mass management of Voice-over-IP devices. Paul was a key part of building this business and its important place in the UK VoIP market.

What to look for when choosing your LoRaWAN devices