We have an STM32L486 Node (which we call an EP) and have gotten simple Class A communication (in North America) between our EP and MultiTech’s Conduit GateWay (GW) based on both LoRaWAN (V1.0.2) and separately on IBM’s LMIC (V1.6) libraries, and we now need to decide which library to use going forward (with the caveat of upgrading to LoRaWAN V1.0.3 if we decide on that route). They both seem to have Pros and Cons, and I am interested in the opinions of others re which library is preferred. LMIC seems to be better documented, whereas LoRaWAN appears to be somewhat simpler. The LMIC examples are based on STM32L1xx (I’m guessing an STM32L152) and use TIMER9 in Stop Mode. As far as I can tell, the examples use a 32MHz system clock, with 640 programmed into the prescaler of TIMER9, which seems to imply a 1.4s maximum low-power time, assuming I understand the examples correctly. This would imply that every 1.4s, the controller needs to come out of sleep, and check the time to see if it is necessary to send data. This seems awfully wasteful of power; am I misunderstanding something here? In our Port to the 486, we used LPTIM1 running off LSE (32768 Hz) which can give a stop time of up to 240s, but we think even this might not be adequate in applications where batteries need to last for 10 years+; again any thoughts? LoRaWAN uses the RTC clock for waking from Stop and this can be programmed for much longer times, but has a resolution (in the examples) of 1/1024 s using the sub-secs field; I think this is adequate, but also increases complexity; any thoughts?

LMIC supports Class B (although we haven’t gotten to porting it yet) whereas LoRaWAN doesn’t yet support Class B. In applications where EPs are primarily being controlled from the Server (for example, controlling lights and other household devices) then it seems Class B is necessary; do others agree? And if so, doesn’t this also really impact battery life?

Once one of the libraries has been chosen, switching to other library may be difficult; I am very interested in getting the opinions of others re which approach they think best. Thanks.

Few thought on your post. LMIC is favored here as this stack can easily be ported to Atmega / arduino board within the 32k limit, leaving some room for the application, while the LoRaMac stack is far more bigger and not suitable for small MCU. The LMIC support class B but almost no server support it - see https://github.com/Lora-net/LoRaMac-node/issues/154.

One of the drawback of LMIC is the lack of interaction with the developers. There is no way to feedback and no visibility on its future. I guess the low power part can be rework as you wish, the separation between the ‘os’ and the stack is pretty clear, not the same with Semtech code.

Regarding household control, LoRaWAN might not be the best suited solution especially for light, as there will be some latency between the order and the message reception by the end node actuator. This is due to the time taken from the sensor (button) to the GW / backen / GW / actuator (light). LoRaWAN remain fully valid for peripherals not requiring a quick response time, for example heater not necessarily needs to react within 5 minutes, but more on the quarter of an hour to adjust.

For powered devices, I would suggest the class C as they would be always listening, while class B will be listening on a periodic beat.

Check class support from your LoRaWAN server provider, as all doesn’t support all classes.

You might also want to create an abstraction layer allowing you to decouple the application from teh stack, allowing to switch from one to an other later down the road.

One of the drawback of LMIC is the lack of interaction with the developers. There is no way to feedback and no visibility on its future. I guess the low power part can be rework as you wish, the separation between the ‘os’ and the stack is pretty clear, not the same with Semtech code.

I can comment on that - IBM has ceased development, and myself, @telkamp and Marcus from IBM have declared the intent to take over maintanance, by moving development to github, integrating various patches from various ports into a central repository and seeing if we can focus development effort again. There has been some progress along this path, but I’m currently lacking the time to do the final bits of cleanup needed to make the new repo public and get things started. I’m hoping to get around to this in the coming weeks.

@matthijs This is an excellent news. I found LMIC clearer in its implementation than Semtech’s but refrain to invest too much time in it, as no visibility on its future and not willing to find myself alone.

I was somehow surprise to even see a 1.6 release few months back.

I’m looking forward for the restart of this and if I can bring any help, will be please to do so.

My contribution; LMIC v1.5 with some fixes and HAL ported to EFM32

LoRaMAC in C / LoRaWAN in C. Contribute to mirakonta/lmic development by creating an account on GitHub.

I abandoned this project and focused in LoRaMac-node

LMIC was implemented before LoRaWAN specification existed, there are some things to fix, for example:

Things to do to get started:

Newbie here (sorry for asking on a old thread), the “new” LMiC repository will be a vanilla implementation of the LMiC library or it’s the arduino-lmic repo already available on your GitHub account?

Newbie here (sorry for asking on a old thread), the “new” LMiC repository will be a vanilla implementation of the LMiC library or it’s the arduino-lmic repo already available on your GitHub account?

The intention is to have a vanilla LMIC, which contains the Arduino-specific files in a subdirectory (so you can generate the Arduino library from this repo directly). Other targets can also be contained as subdirectories. 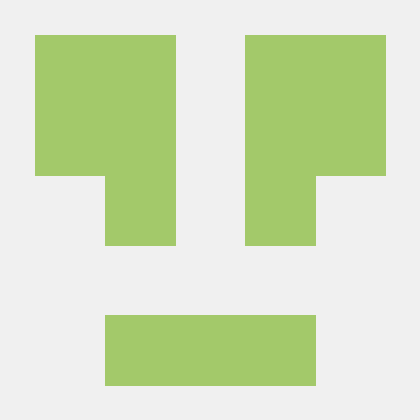 LoRaWan Stack. Contribute to LoRaWanMiniMouse/Mini-Mouse development by creating an account on GitHub.

How to get this number?