I tried to pre-order.

Hi @TTN_SHIZUOKA - certification process for Japan is ongoing. Once in place, it will be available across Japan.

In the main time i will modify it with a external antenne (so no warrenty). on the same way as above mentiond with a few foto’s. Bring the antenne connection outside the box with a SMA pigtail

This TTIG will moved to a office in amsterdam on the port side.

If I go work to it, i will take picture’s, and do some measurment’s on the antenne. 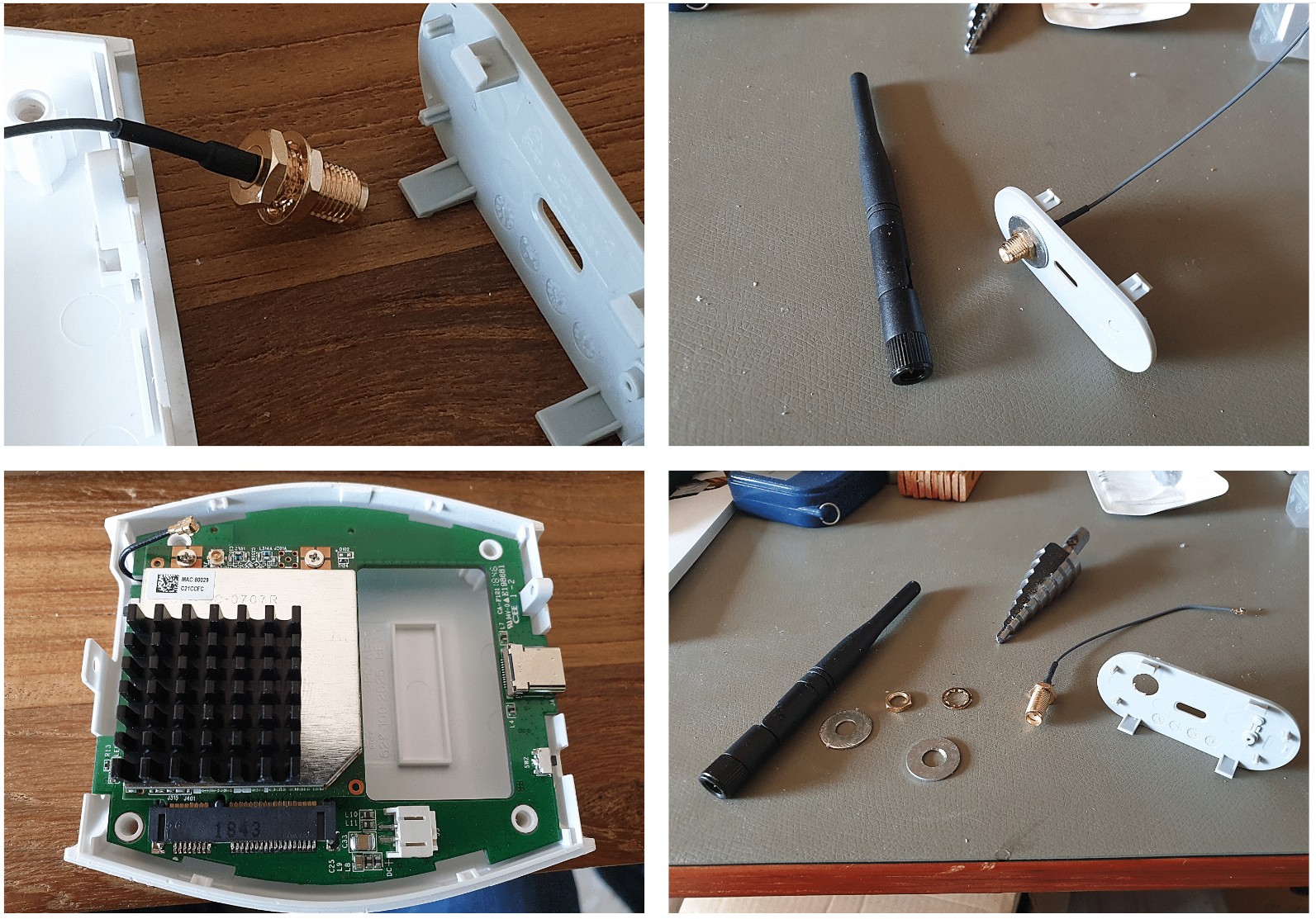 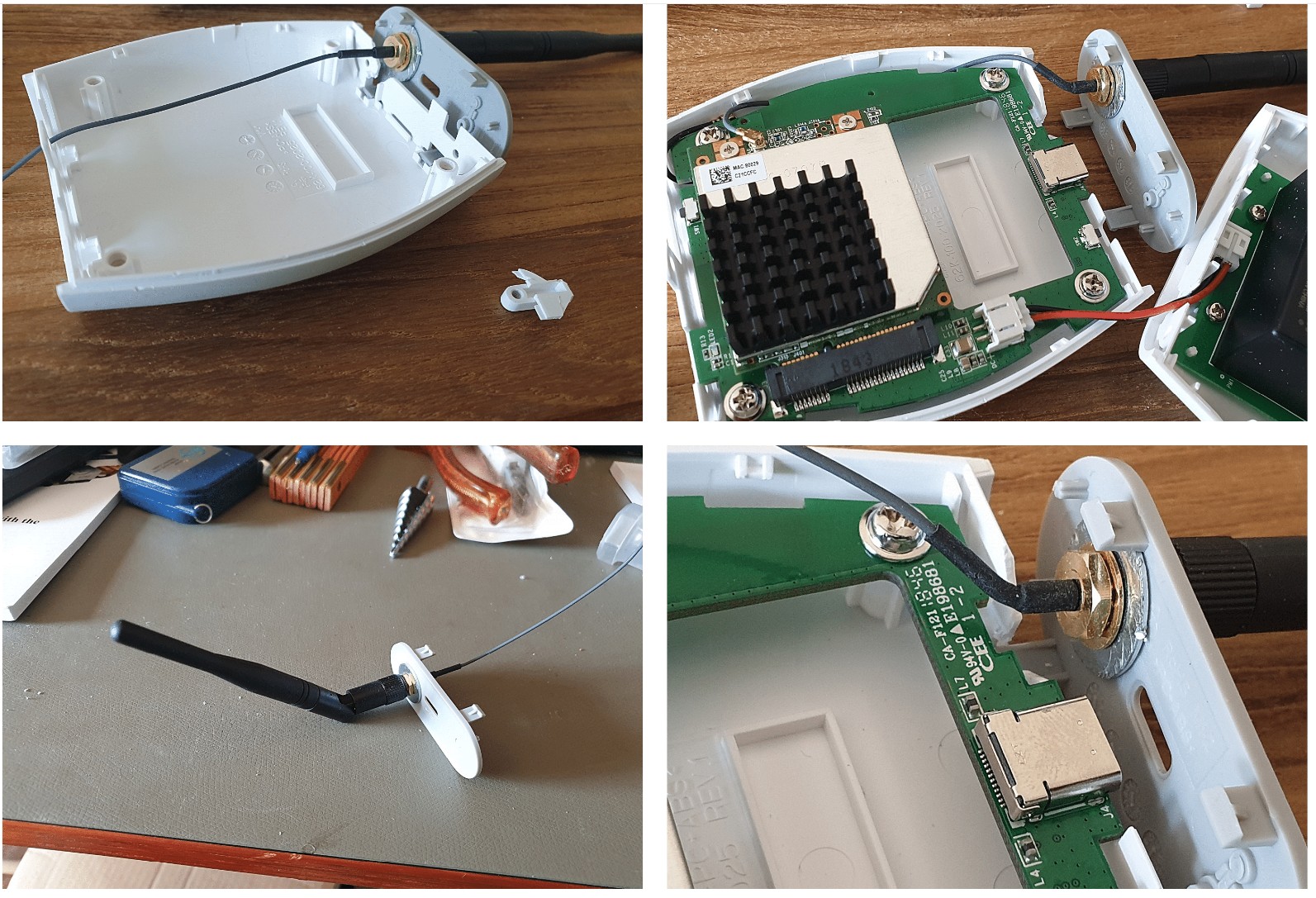 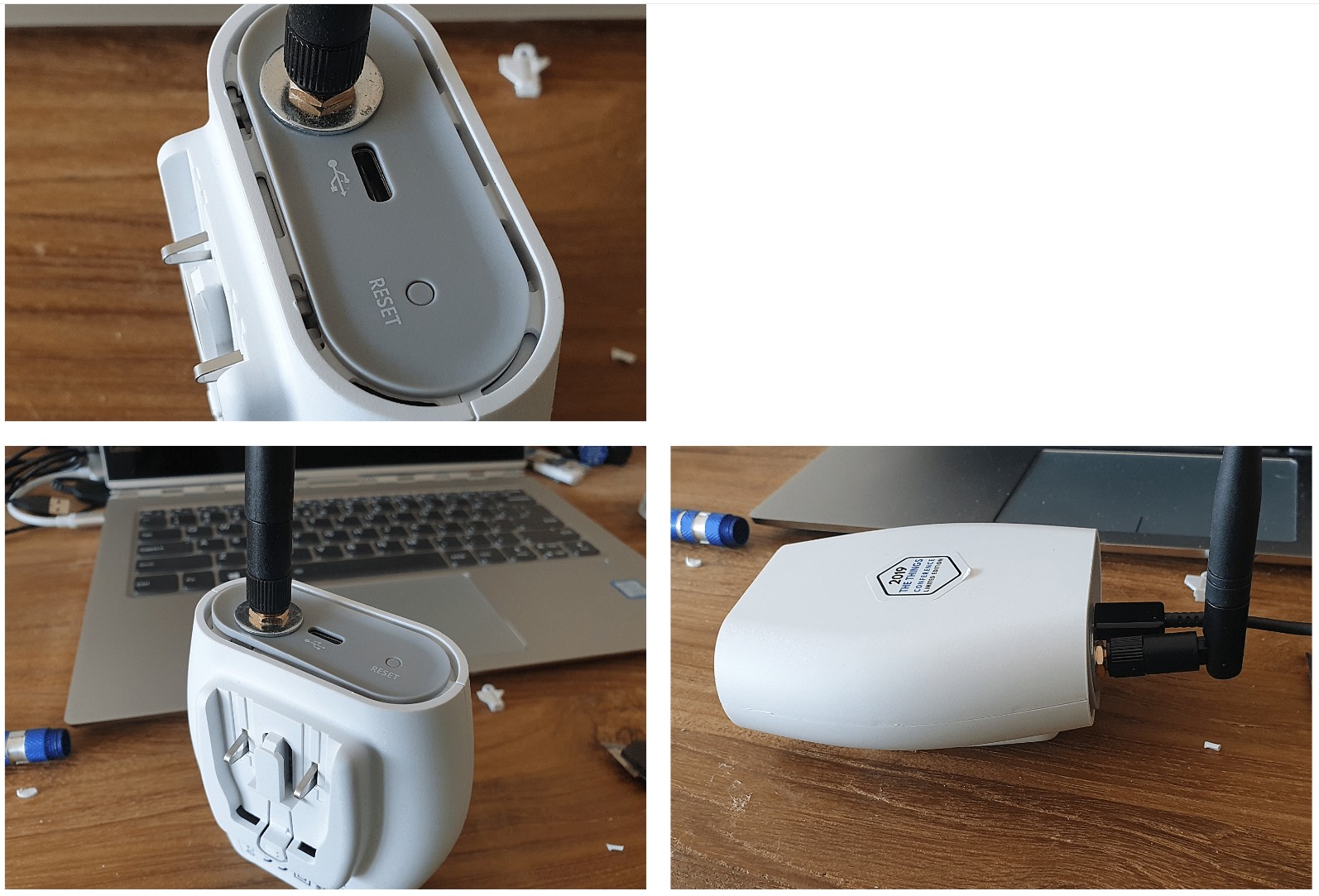 . How did you open it? Any difficulty or parts at risk of breaking? Thanks.

In the cold light of morning with the knowledge that problem was likely the build standard on a mis-shipped unit I took a closer look at the non-functioning unit and compared more closely with the previous four.

Dho! Why didnt I check earlier…

This is lable from the bad unit:

Another clue is the FCC ID - might expect on a generic part but should have been a clue on a supposed 868Mhz EU unit.

Checking the other four they all look similar to:

My error was in setting up the 1st 2 units and configuring onto TTN I looked at the label (2nd type) for the EUI # (the 58A0C…) for Console set-up and registration. I then realised that the web view on the device during set up/conf shows all the device details - inc the EUID - so for 3rd onward I just looked at web interface and copied/pasted the EUID from there into the TTN console.

Lesson is - check ALL units shipped form RS Components on receipt & double check labels and build standards as you configure and deploy. Just because they came in same batch doesn’t mean they are the same device…

I received my 915 MHz TTIG from RS this afternoon. The USA power adapter was included in the box. Things Network registration succeeded on the first attempt.

This is just the 9th registered gateway in New Jersey, USA (population 9 000 000). We need to better proselytize LoRa on this side of the pond 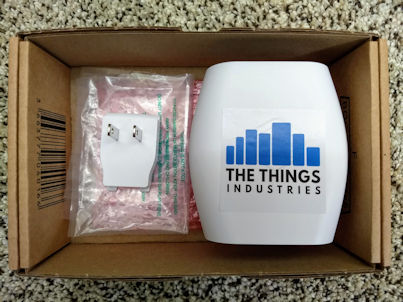 Was un-able to get them to connect to my hidden SSID WiFi network, had to build an open SSID network. 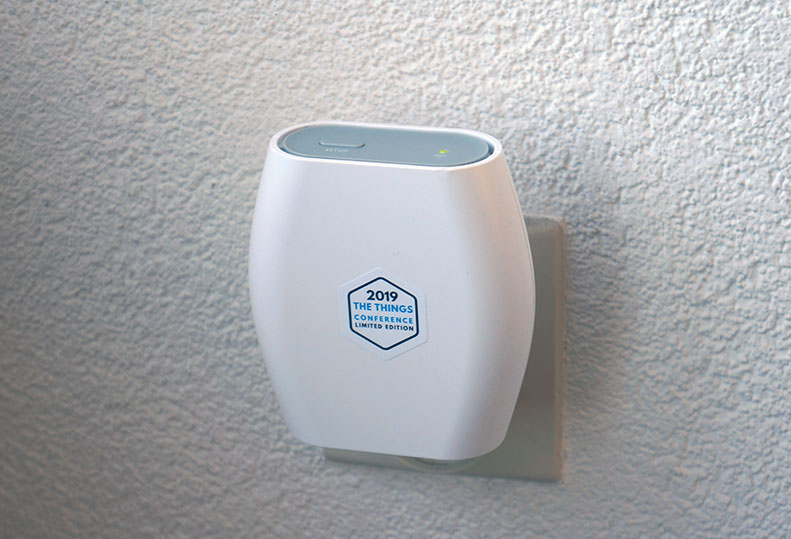 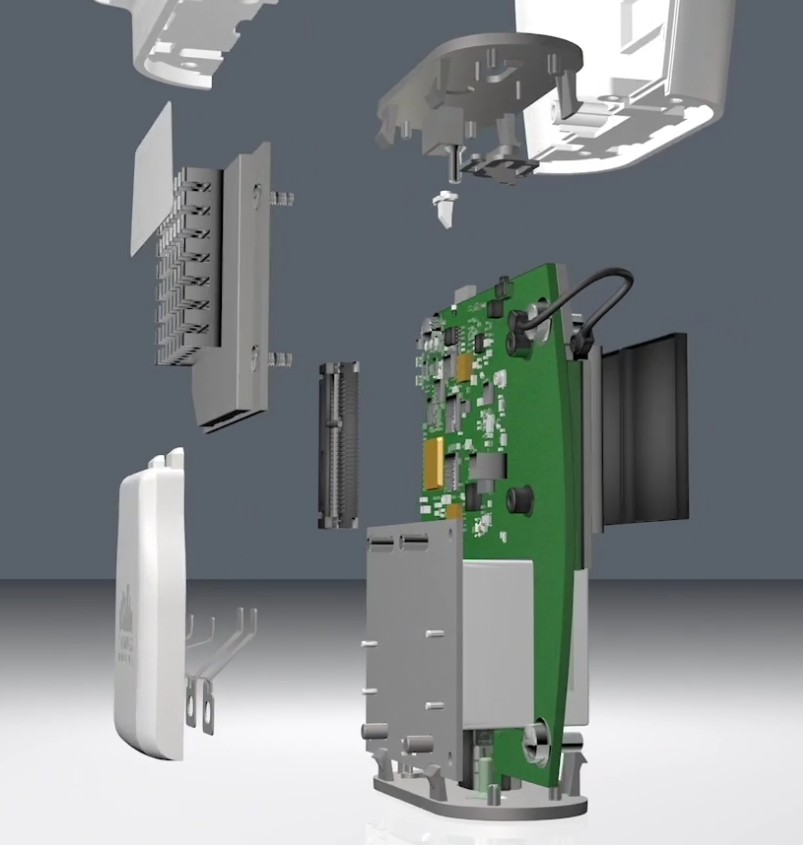 Lucky you! Unfortunately I’ve still got problem with RS Components.
Please help me, where I can buy one?

Is there any chance the TTIG aggressive disconnect/reconnect logic could be relaxed a little?

I have a single TTIG that I use for testing various end nodes. One node in particular reports once an hour. It’s the only Lora device around and there are no other gateways in reach. The problem is that if the TTIG is in the middle of reconnecting, it seems to drop or not hear the node. This happens quite frequently.

I guess I could do some sort of keep alive node, but that seems a bit of a kludge.

Ours does not seem to set its clock via NTP?

Any ideas how to configure this? 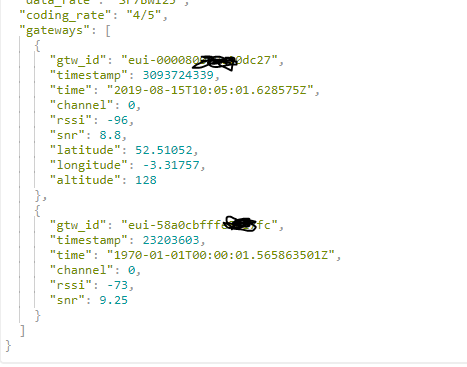 Seen that today. Its a real pain! Will miss packets

That’s not the gateway sync timestamp. That’s the timestamp in the network metadata. I’ll fix that in the next update.

Yeah well we could try to increase the disconnect time. But this still means that if your nodes send data while it reconnects, you will still miss packets.

Same here. Before the timestamp disappeared, time was around 800ms stale.

I received yesterday some 868 MHz TTIG (gateways) from RS . The right (EU) power connector was included in the box. The Things Network registration was very succesfull (5 min) on the first attempt.
The location’s are now Netherlands (Uithoorn), but they will be placed somewhere in Friesland (north off the Netherlands) for a monitoring project.
These gateways will be converted to a external antenna as I did above. 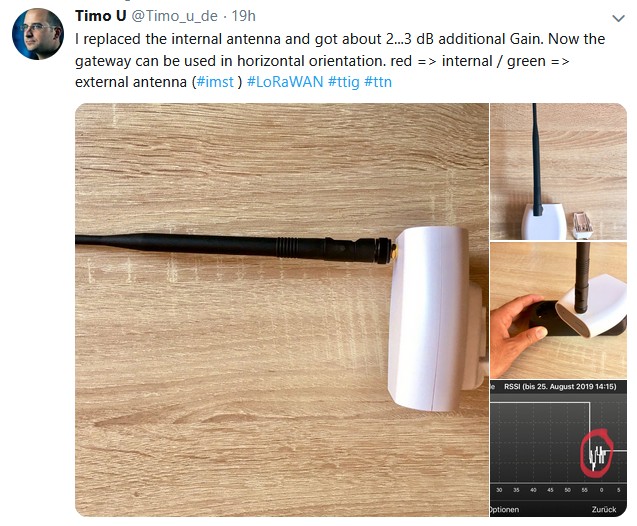 Great news it looks like they are finally offering a version of the TTIG with a UK mains power shoe: 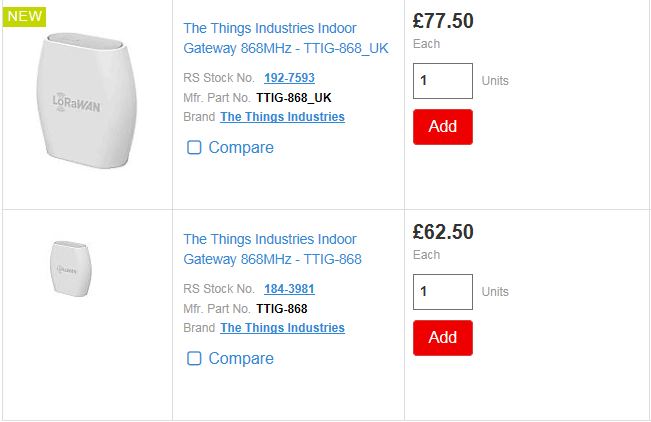 I recently bought a branded 8 port 10/100 desk top ethernet switch from Amazon - which came with power adaptor shoes for EU, UK, US & (I think AU or similar) for less than half the cost of this uplift. & thats including VAT! (Edit - and free delivery!