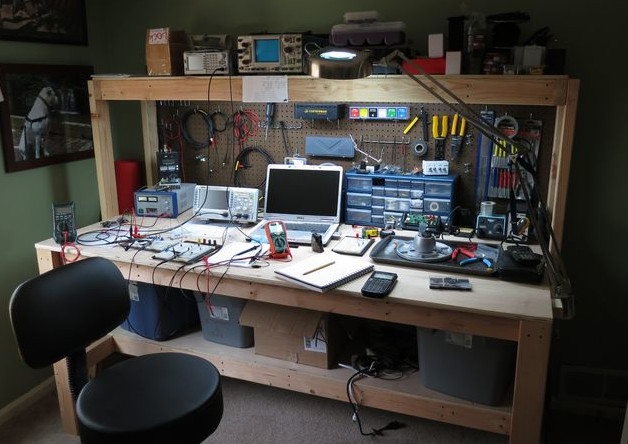 Welcome to the WORKBENCH part 5.

This is a topic for the TTN’ers, the Builders, the Makers, the Tinkerers.
Here you can showcase, discuss and ask:

So, any electronics and/or mechanics DIY related to building and/or TTN.

Previous parts of this topic: 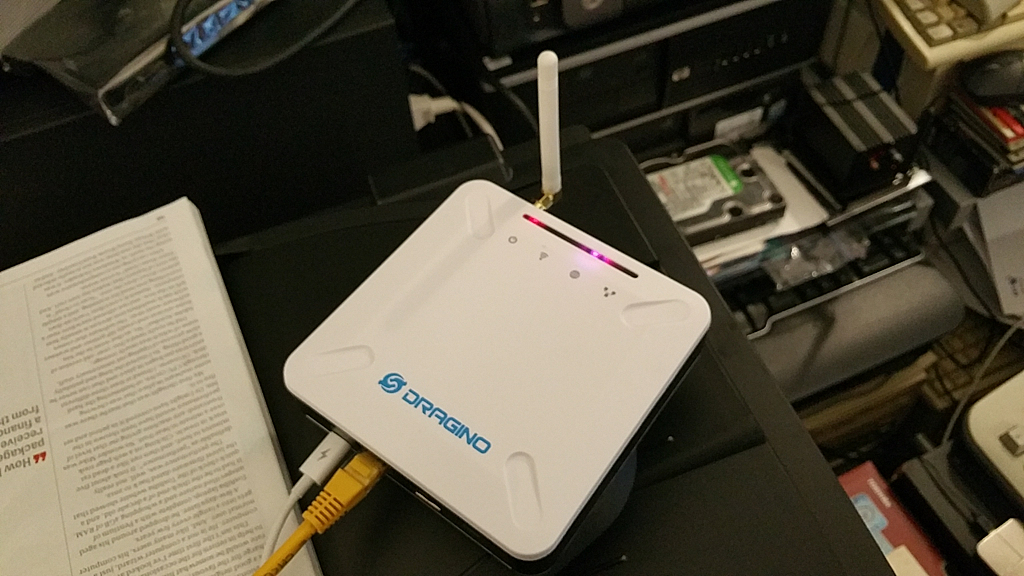 A few weeks later than planned, after show & tell at TTN-UK Conf, and spending time exploring the user interface and with distractions for other projects.

Plan is to take with me to use in the Cambridge area as a pop-up GW alongside the TTN Cambridge official launch event tomorrow ( TTN Cambridge, UK )…not sure where yet - likely to the north side where I did some trialing 1.5-3 years ago, and where there are few GW’s currently. Over following weeks it will then go to known test/eval sites in N.West then on to N.East before settling to long term test site in the North of England before Xmas (

Initial impressions - a comprehensive user interface, quick to set up (though not quite as fast as the Laird RG186 or the TTIG - but they has fewer user interface options or settings to deal with - but faster than usual RPi based builds & deployments), somewhat similar experience to setting up my original Multitech MTCAP AEP, though most recent version set up got interupted part way though and may be bricked (

) so will need to look at that one when more time allows to time and judge correctly.

A bit more expensive than the TTIG, but looks very stable in initial tests, has source available and importantly isnt ‘just’ WiFi enabled - the Enet port is worth an extra bit of my beer token stash!

2 main downsides so far are the rigid 90deg ant, which limits deployment orientation (easily swapped out), and more importantly to me legacy only packet forwarder when on external network vs abilty to run Jac’s MP-Forwarder, with ability to give useful name vs usual EUI char string

Picked up a package from PCB’s.io today with 10 more of @Charles RPi Zero (W)/RAK831 i/f boards for building a few more (OWL) GW’s

Need to check latest BOM and get a quick order into Digi-Key, Mouser or whom ever to get bits in for a Xmas vacation build! (well there are too many repeats on TV anyhow 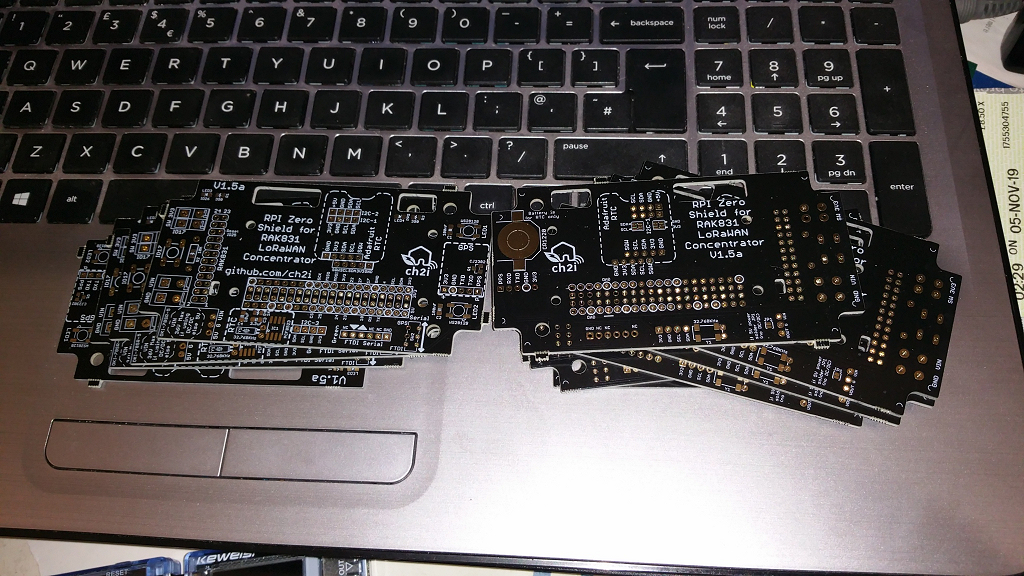 …only problem now is securing 10 more RPi0W’s (not WH’s) as only sold 1 per person - time to resurect recent @PiSupply discussion from the TTN-UK Reading Conf…may need to buy for the kids, wife, neighbours, extended family - well Xmas is coming right!

Got home last night from another road trip North sorting GW’s, sensors and recovering the above Dragino LPS8 from test site for deployment to new location and found another box of goodies waiting from @edwin1 and the Dragino team 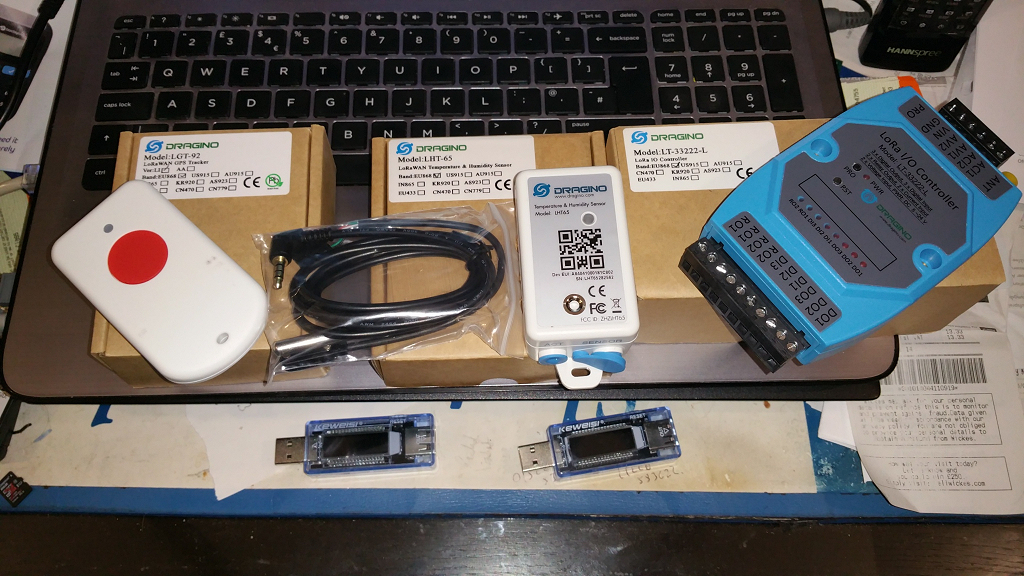 LGS-92 Tracker, LHT-65 T&H Sensor, and LT-33222-L I/O Controller…have a few contacts and clients looking at these so interesting to get my hands on test units. Guess I will have to pay a bit more attention to the Forum threads on these now - seen lots of post recently esp wrt Tracker… 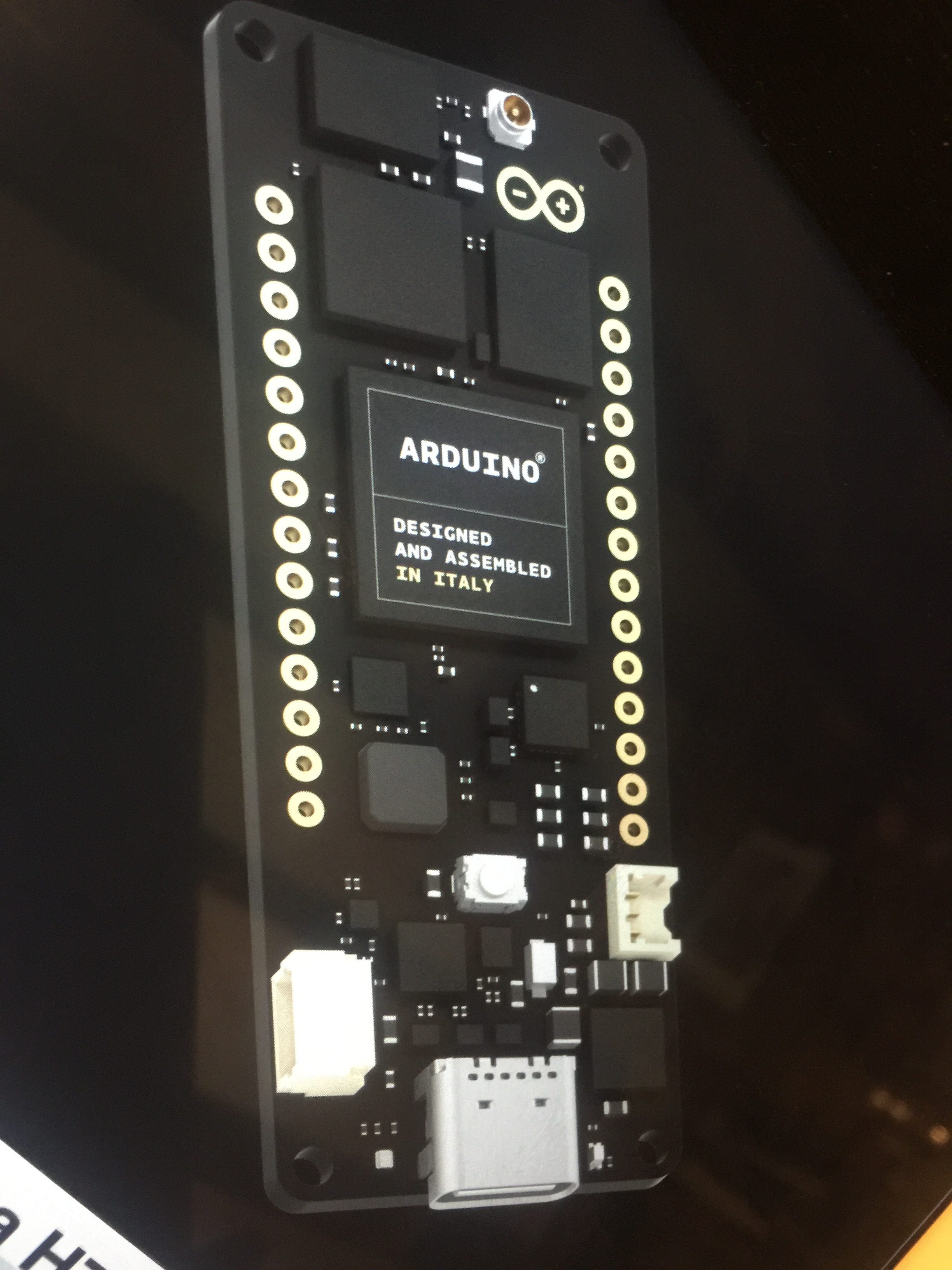 Treated nicely by the postman today with these 2 circuits boards from friend of the TTN Community & Workshop Hero of the TTC2020 Amsterdam @pe1mew - Arduino Expansion boards providing input/stimulus simulation for Educational/training projects etc. 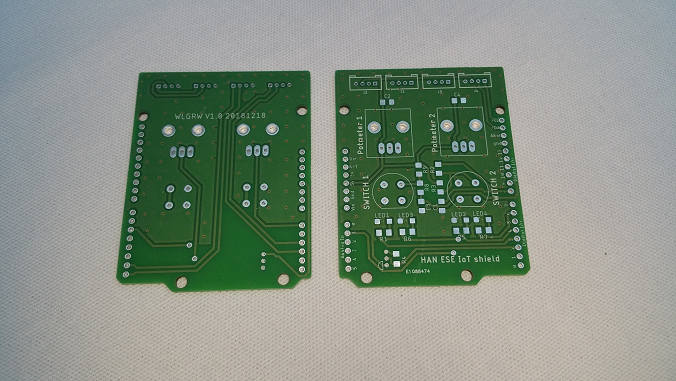 Then seperate delivery of 2 more TTIG’s (UK Version) - have 3 EU Versions on back order for later in the month. Would have ordered 5 x UK but UK version more expensive (why?!) & RS won’t offer qty breaks for UK version in the way they do for EU version so split the order to get a more reasonable average price! 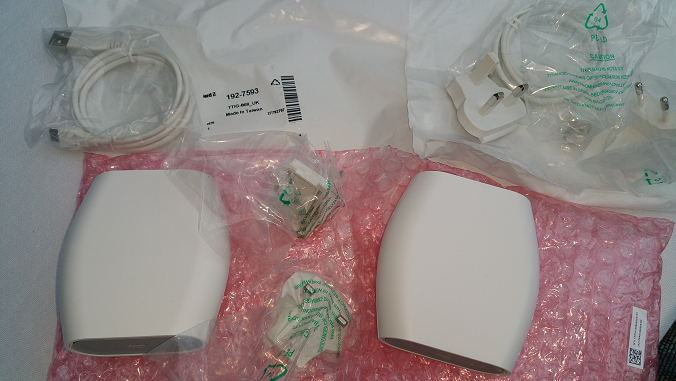 I also need to get the new Tektelic Kona Micro Gateway brought back from TTC2020 online so likely a busy weekend+ (Will take registered GW count to ~35! when done) 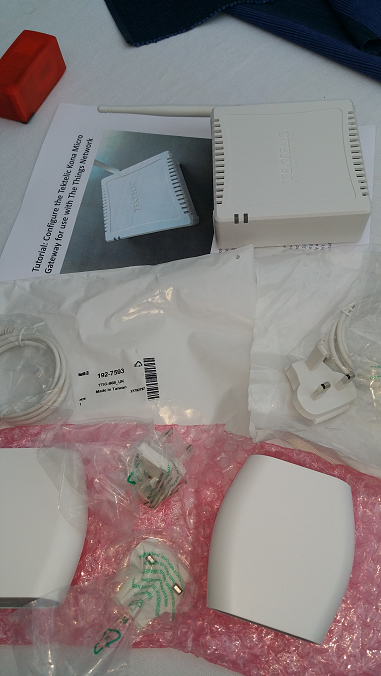 Though I think family would prefer me to work on the HD Flatpanel TV that died a few days ago instead! (Intermittent invertor causing screen to blank after a couple of minutes running - simply replace PSU/Invertor board?!) 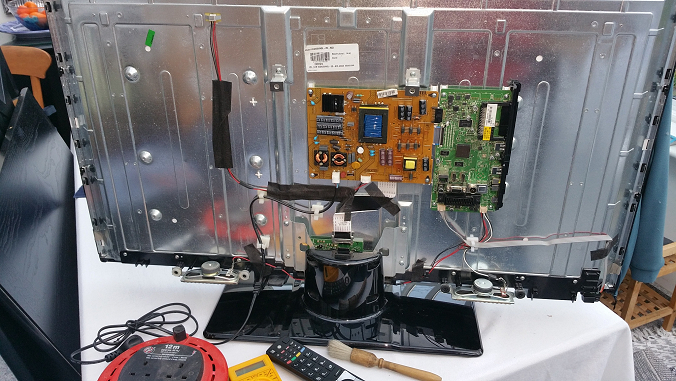 If you are inspired by the EdgeImpulse pitch from TTC2020 and the work done by Jan ( @janjongboom ) , Zach, Dan (Hi Guys!) and considering trying some AI/ML activities yourself then perhaps adding these to you workbench/component stock…1 for nodes 1 more for the edge? 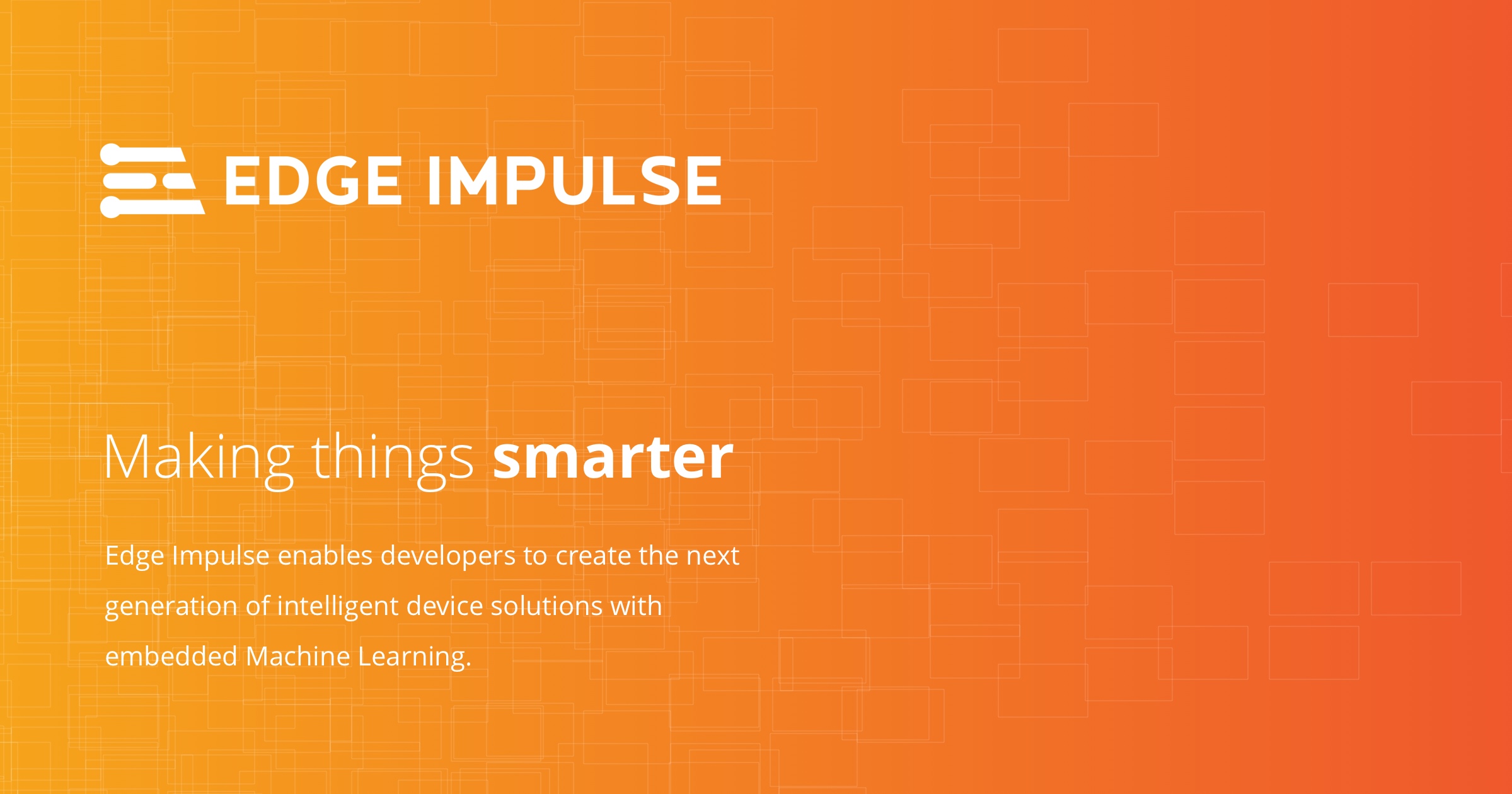 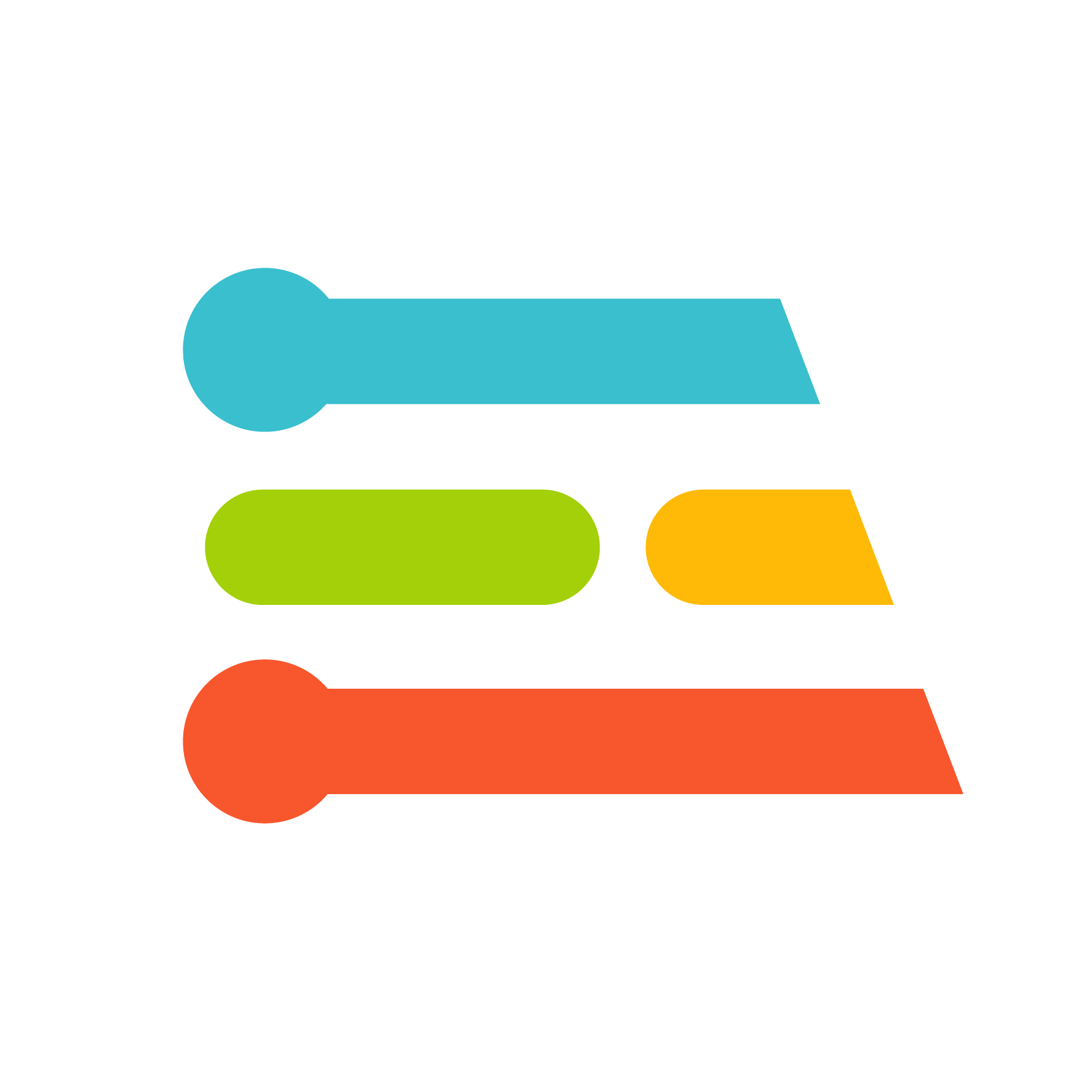 During The Things Conference in Amsterdam this week we showed a demo of a TinyML sheep activity tracker, with Johan Stokking (The Things Industries CTO) as our special guest in the role of the sheep. This model was trained on 3-axis accelerometer... 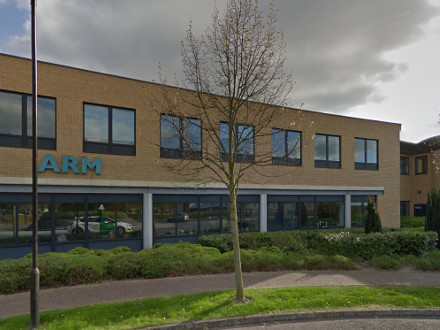 Arm has added the Arm Cortex-M55 processor and the Arm Ethos-U55 NPU for Cortex-M, designed to deliver a combined 480x leap in machine learning (ML) perfor 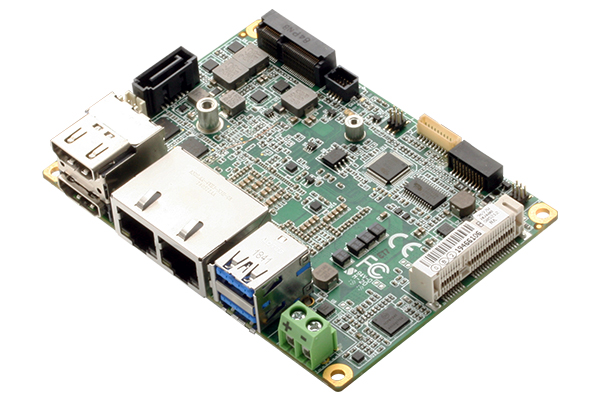 Aaeon’s Pico-WHU4 board built for AI and edge computing

Aaeon has announced the Pico-WHU4, a compact board designed for embedded artificial intelligence and edge computing built on 8th gen processors.

Last week saw the 8th Birthday for the RPi 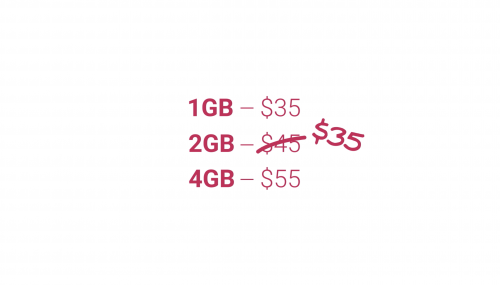 TL;DR: it's our eighth birthday, and falling RAM prices have allowed us to cut the price of the 2GB Raspberry Pi 4 to $35

Seem to have a nice suite of accessories & sensors - based on Open Source HW designs.

This is to support a collaboration on Environmental Monitoring with one of the local Universities (more to follow on that!) 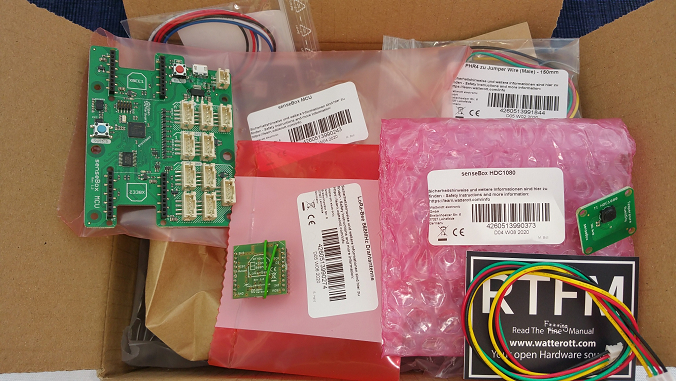 Includes SenseBox MCU (Arduino environment compatible) with lots of sensor connection/expansion options and a HDC1080 T&H sensor, sady though cable included it looks like am missing the SDS011 Particulate Matter sensor…may have to substitue alternate from component stock or source one seperately

What’s you’re opinion about the Dragino LPS8 (with other antenna) vs the TTIG?

How to add frame counter in Cayenne like here:

Locked down, with time to kill and an RPi4 on hand with need for more home/small biz data storgage? (Repository for all that TTN data intgration info you have been meaning to collate, archive and analyse?)

Perhaps this is a quick project for you? Some time ago I purchased 2 Dutch origin Marvin LoRaWAN prototype boards with RN2483 modules. As we are in voluntary self isiolation there is time to pickup some old projects. The 2 boards have been transferred into particle sensors using a SDS011 and a stock bmp280 temperature/air pressure sensor.

Because the Marvin is actually not designed for deployment I created a small PCB, with the same size as the Marvin, to interface with it. Any polarisation DC power source is rectified and converted to 3,3 and 5 V using buck converters. I2C and serial as wel as 3,3V and 5V are transported over a UTP cable to the sensor that is house in a PVC sleeve.

Next thing to do is 3D print brackets so they can be installed inside a weather proof housing. 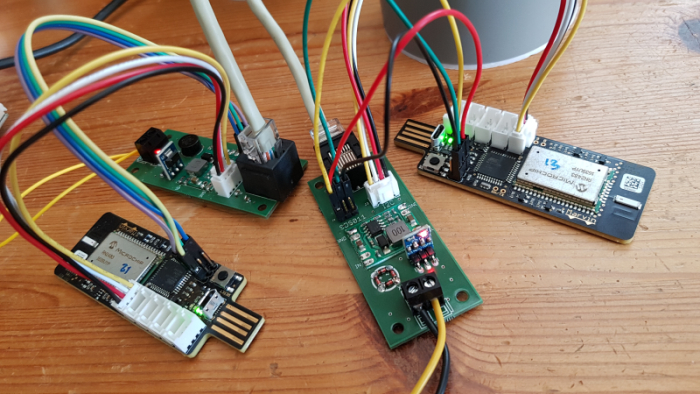 As I ran out of stock on bridge rectifiers I had to improvise om my Marvin sensor connector and PSU board. 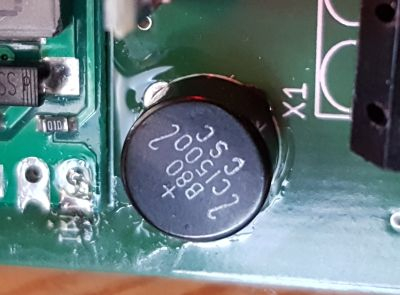 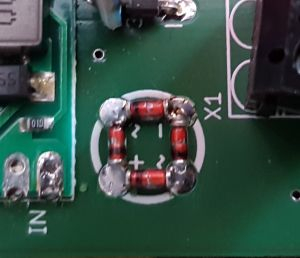 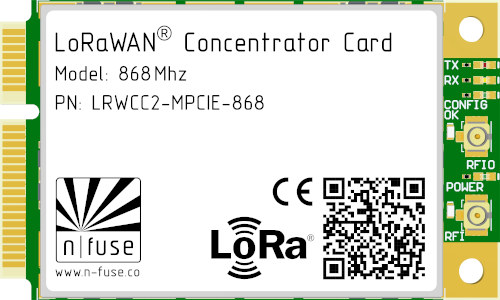 nFuse will soon launch a mini PCIe LoRaWAN concentrator card based on the latest Semtech SX1302 LoRa transceiver for gateways. 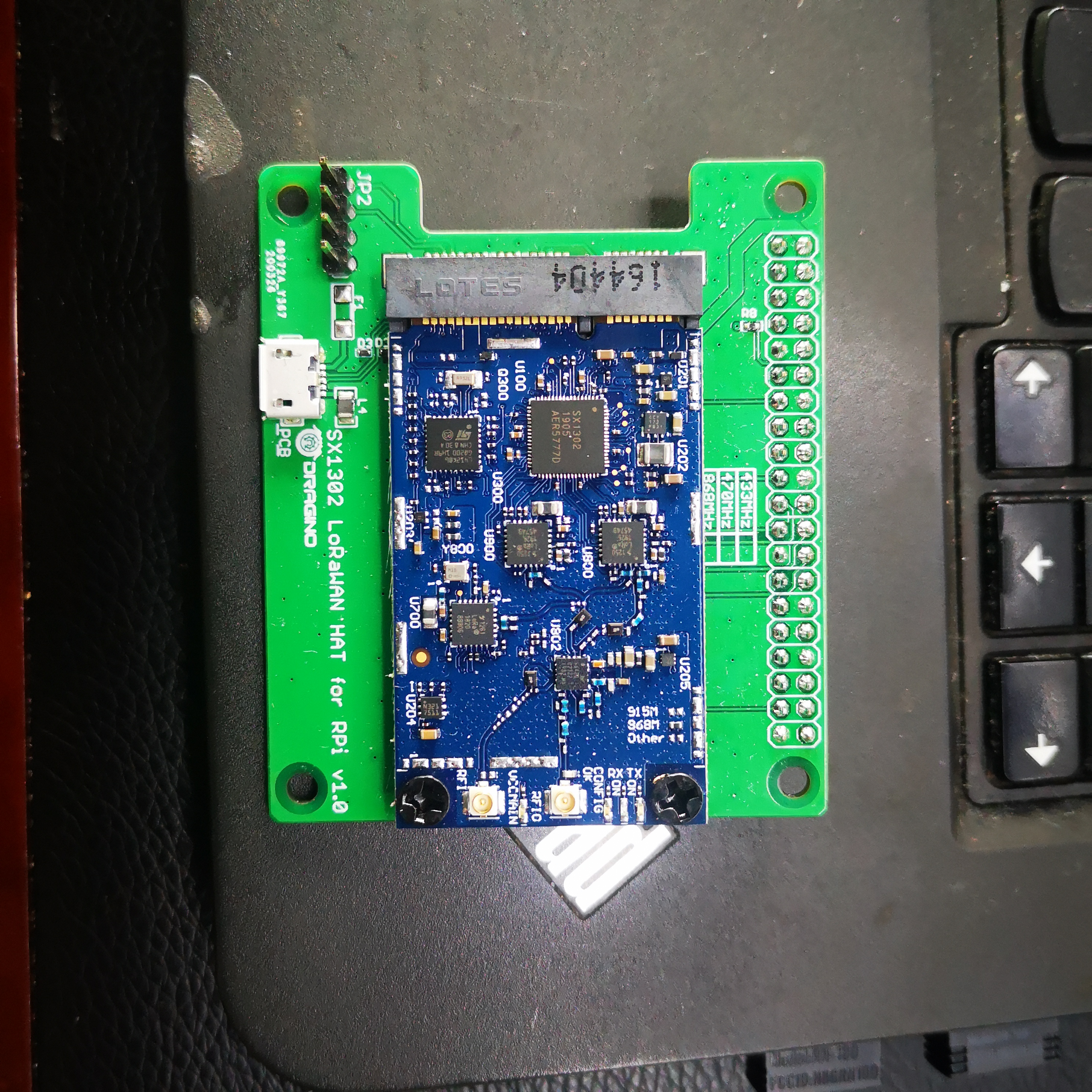 Will be happy to provide you a sample for testing. We will release a bacth of this in two monthes.
will remove the ST MCU and SX1261 in the final version for cost down.

Have an environmental monitoring project requiring estimated 45-60+ GWs initially (Mix of indoor/outdoor and wifi/enet backhaul) where had been looking at mix of your LPS8’s, Laird RG186 (Indoor or rehoused for outdoor) and RPi builds (Mostly outdoor) that was due to ramp from end March/Beg April but delayed now for 3-4 months due to CoVID-19 - so your timing might be good

Will PM you on the long term test of current LPS8…the 6mo eval project is almost up already! Time flys

Need a bit more storage/grunt for your combined GW/NS/App Server (TTIv3 Stack anyone?) or building a monster TTi/TTN/MQTT system? How about trying the newly released/long rumoured 8GB RPi4? 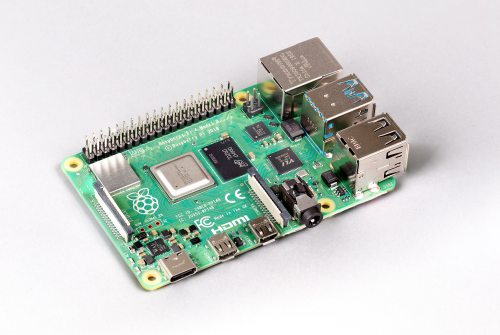 A new 8GB RAM variant of Raspberry Pi 4 is available today, priced at just $75. Visit your favourite Raspberry Pi Approved Reseller to get yours.