The new Whyalla Jetty isn't just beautiful, remarkable and accessible, it's also "smart". In a collaborative project led by the City of Whyalla, the new smart jetty leverages LoRaWAN using The Things Network to count the number of people on the jetty as an added precaution in these Covid-19 times.

Working with Opensensing, Four, SimplyCity and installed by local business Aquest Electrical, the Whyalla Jetty People Counting Project is the first project of it's type on the Eyre Peninsula and expands the footprint of the community based The Things Network to also provide coverage to a large swathe of the Upper Spencer Gulf and large areas of land with mining and renewable energy projects either planned or underway. 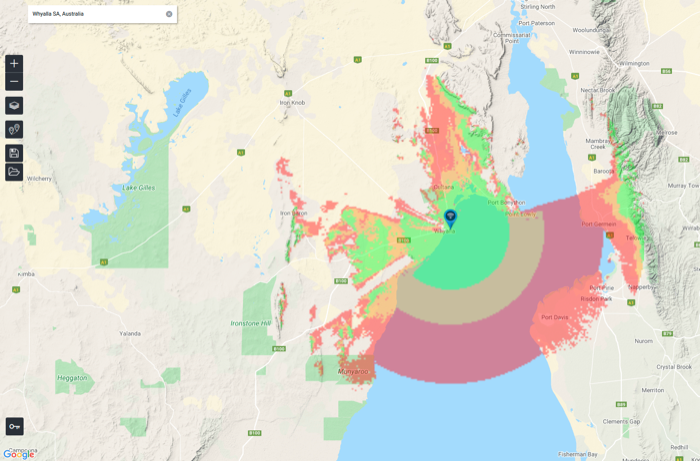 Three devices have been installed on the Jetty to trial two different methods of data capture and give the opportunity to compare dashboards and data feeds. One device is a bi-directional radar people counter and the other two are wifi detecting proximity counters. There is no private data stored in the system.

Here is a screen grab of the first four days the jetty was open showing peaks of around 130 people on opening day and the first Friday night. The green line is the Jetty end and the blue line is the jetty middle. Each counter has a range of up to 50 metres allowing us to get a good count of the whole jetty.

The solution has since shown that there have been more than 700 visits a day to the jetty amounting to nearly 40000 visits since September 16, a huge number for this part of the world.

Data from the two proximity counters

The project went from idea to reality in less than two months which is a testament to all the project partners and to a forward thinking regional local government organisation.

“The Things Network was chosen as a low cost, secure and effective way to transmit data wirelessly. The knock in effects of providing a community network have not yet been realised but there has been strong interest from businesses and researchers to use the network in the very near future.” - Rhys M., Economic Developper Manager of the City of Whyalla.

Build your own LoRaWAN solution today.