Far above the clouds - part 1

Inspired by previous achievements related to long-distance LoRa transmissions, we decided to conduct our own tests using balloons filled with helium. Fortunately, among the members of our local TTN communities there is someone who has been involved in organizing flights of high-altitude balloons for many years. We decided to join forces and use almost every opportunity to do something related to LoRaWAN during such flights.

The first opportunity appeared on May 19. The flight was organized by Copernicus Project for middle school students from Lębork in order to conduct an experiment with a small model of deorbitation system - sail, based on the PW-SAT2 project. Original sail allows faster removal of a satellite from its orbit after completing the mission. This event took place in Borowiec Astrogeodynamic Observatory that forms part of Space Research Centre. More information about the experiment can be found here.

Our goal during the first flight was to create a LoRaWAN node (tracker) and simply track the balloon with The Things Network.

The tracker was built in hurry from what was available at that moment. In result, we used one of the prototypes of LoRaWAN nodes developed a few months ago to test various sensors. Device was built of RN2483 module with embedded LoRaWAN protocol stack, MAX-M8C GNSS (Global Navigation Satellite System) module with a miniature ceramic chip antenna and ATmega1284 used for parsing data received from GNSS module and for sending coordinates to TTN. Everything was powered by a 3.6V lithium battery and put into a styrofoam box before the flight.
In addition, a simple application for recording and presenting data received from TTN was prepared.

After testing the sail, balloon was released and ascended to an altitude of about 20 km.

Unfortunately it turned out, that GNSS module was not configured correctly and stopped sending data after exceeding an altitude of 11 km. Oops! Nobody checked if the airborne mode was set. Despite this, LoRaWAN frames were sent till the end of the flight. The balloon did not fly far away from the starting point, so finally the tracker was recovered but not used again.

In total, 49 TTN gateways received packets sent by the node. The most distant gateway was one installed in Rostock, so a distance of about 400 km was reached.

It was very interesting and exciting to observe how the range and number of gateways transmitting data to the network change according to the altitude. This has inspired us to continue experimenting and take on new challenges.

Such experiments give a lot of fun, but we believe that they will also be a catalyst for new ideas and solutions related to technology itself, as well as an attractive way of education and will contribute to development of TTN based LoRaWAN projects.

Many thanks to Copernicus Project for the opportunity to participate in this and subsequent events. 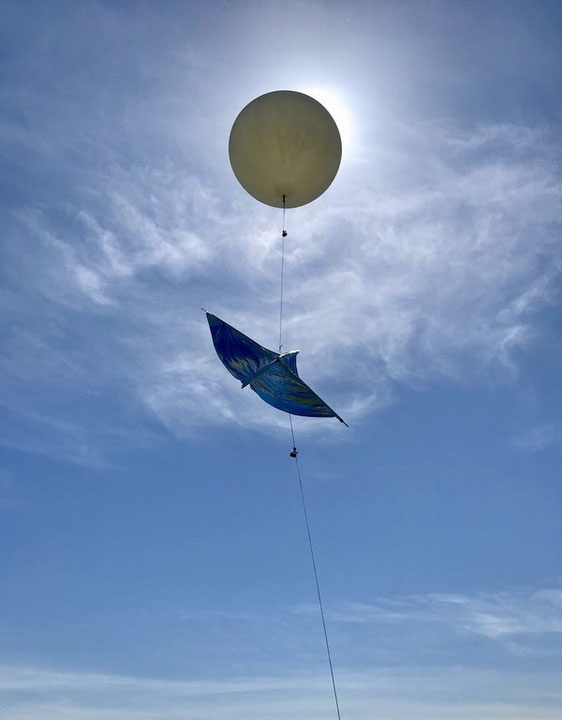