The recent months The Things Network Den Bosch and students of the Avans university of applied science worked together on a project to make neighborhoods safer using LoRaWAN. The goal is to make an affordable car alarm connected to the veiligebuurt.nl neighborhood app, which is requested by the local citizens because of a serious local rise in stolen vehicles, airbags and navigation equipment. This results in being able to remotely monitor your car. Not on your own, but backed by fellow citizens nearby using an already existing social platform.

Our community initiated the project, defined boundaries and performed unit tests on individual components while the Avans students developed the integrated system. As part of this development TTN Den Bosch core member Jan de Laet showed the students how to work with LoRaWAN and provided pratical assistance along the way. As a result of these efforts some prototypes were deployed for first field tests. In the weeks to come these test results will lead to further improvements and will be followed by beta tests in the Maaspoort neighborhood.

By satisfying results an approach will be chosen to allow citizens to build their own alarm. We will also look for ways to facilitate in bringing together people interested yet not capable in building one, and volunteers who are willing to build some of those devices for their neighbors. Future development may also include adding mesh capability meaning cars will monitor each other as well as adapting the system to be able to protect houses, garden houses and remote garages. 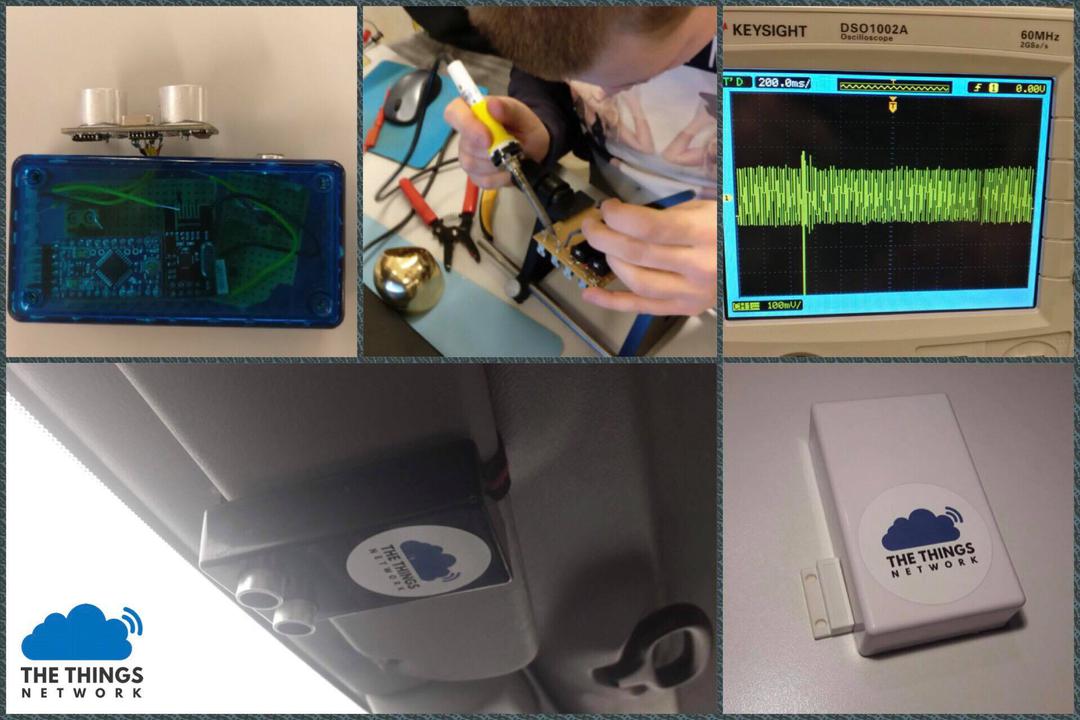 Back to Den Bosch