On 22nd May of 2017 first TTN gateway was deployed in Siechnice, Poland. This was done as a first part of starting local TTN community to allow potential newcomers and interested ones easy start of evaluating and finally using The Things Network service.
Community initiator decided to fund first access point in a cost-effective manner. Form the very beginning there was an idea to not go into cheapest one-channel solution but to set up real 8-channel device. Decision was made to try DIY approach to balance between cost and functionalities.

Gateway was built around iC880A-SPI LoRaWAN concentrator (manufactured by IMST) communicating with motes via standard 2[dBi] whip antenna. RPi2 was used for handling RF frontend via SPI connection. Internet connection was enabled via WiFi USB dongle. Components are enclosed inside plastic case with RF/power connectors going through. All is powered with extenal 2[A] switching power brick.

RF frontend was connected to RPi using jumper wires. Antenna SMA-female connector, mounted to the case, was attached to the concentrator using UFL connector. Antenna itself was connected using 3[m] of H155 coax cable ended with crimped SMA-male and SMA-female connectors. TP-link wireless card was attached to RPi using standard USB extension cord which was arranged in square and hot-glued to the casing (together with WiFi dongle). Antenna was glued-in inside small mast (made of plastic water pipes) which was then painted and hooked to the building.

Because of the community nature of this project there was not possibility to mount antenna high above the ground. What was possible to achieve is 3[m] above terrain. Antenna is mounted inside simple plastic mast which is securing it from external conditions like wind, water and UV.

After some time spent on building and setting up things there was an unexpected reward waiting during stratosferic mission of LoRa tracker: https://www.thethingsnetwork.org/community/wroclaw/post/first-stratosferic-mission-of-pwr-lora-tracker. Our gateway added small piece to that record! 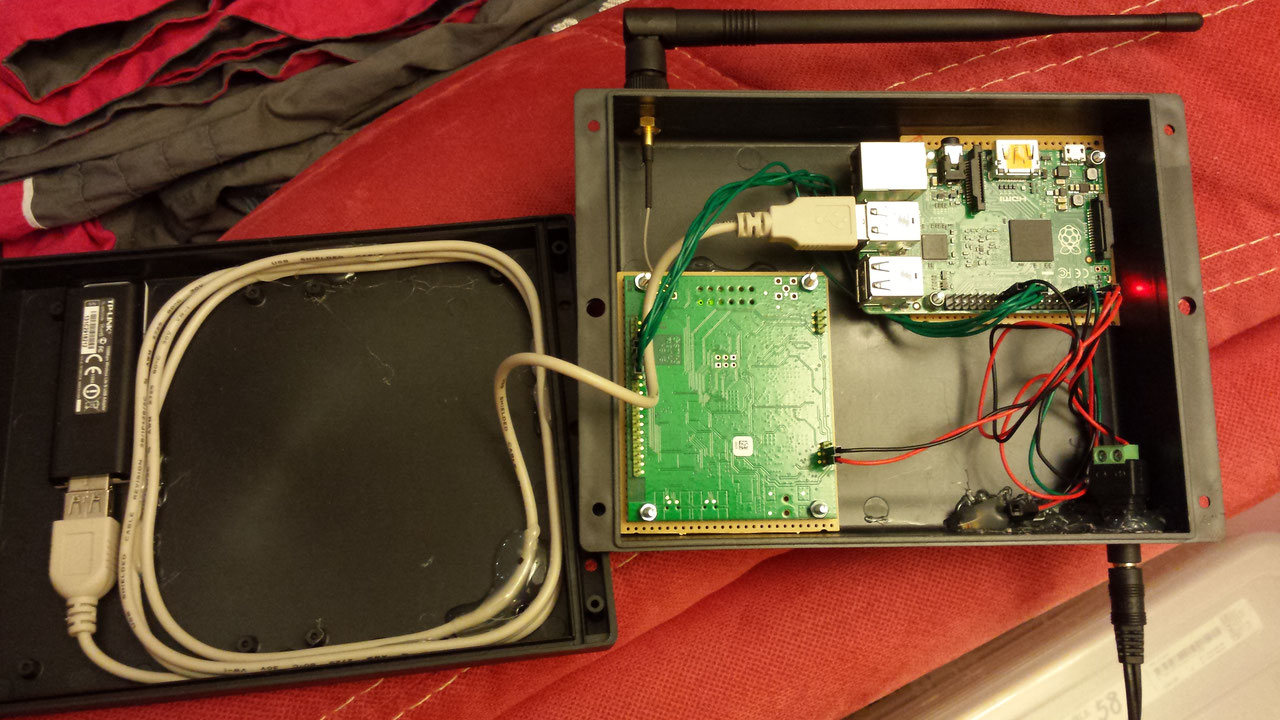