On Monday morning, we installed the first permanent gateway of the city so now it is official: The Things Network Zurich is up and running!! This was truly a community effort: the gateway was initially sponsored by local.ch, the weather-proofing and enclosure by decentlab.ch, and the awesome location overlooking Zurich by the Funlab. Thanks a lot to everyone involved! The initial range testing shows about 3km range for outdoors, NLOS nodes but it could even be more, we haven't really reached the edge of coverage yet. We have a second gateway to be deployed soon, and in December many more will arrive to their respective owners! 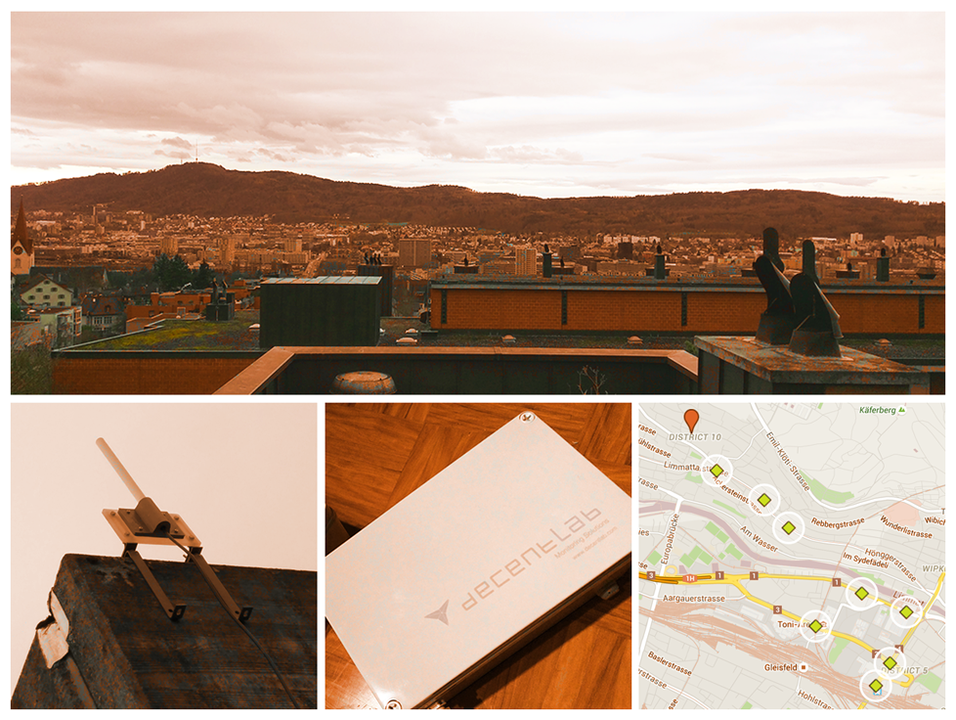