Anyone made a ready to use package or published a github with the Arduino code and libraries for testing the Heltec 868 MHz device with LoRaWAN?

OK, I got my Heltec LoRa boards today. No secret, I am not a programmer but I have tried to duplicate what you have done to make the libraries work… I can’t get it to work!
First issue I have is the declaration in oslmic.h , it is done per your hint but I get a compile error.

Would you have a suggestion what I have done wrong? I have declared it below…

// Dependencies required for the LoRa MAC in C to run.
// These settings can be adapted to the underlying system.
// You should not, however, change the lmic.[hc]

…at line 83, is this glaringly wrong?

Hi - just use https://github.com/matthijskooijman/arduino-lmic and set Pin mapping like this (thanks to @bluejedi)

Mapping all 3 DIO pins means there is no need to change the LMiC library as I described.

@nicbkw Much obliged for your help, first attempt at OTAA and with the new ESP32 board. Now to wade out of my depth with some sensors and possibly even the OLED! Thanks again…

My Heltec board has a helical wire antenna for 2.4GHz on top, not the PCB antenna.
It also has a PCB antenna on the bottom side but that antenna is not connected.
The helical antenna sticks out above the display, not handy if to be mounted in a case.
WiFi reception with the helical antenna is poor. I was only able to detect 9 WiFi networks (max), while at the same location an ESP8266 ESP-12F module with PCB antenna detects 28 networks (max).
I wanted to improve the antenna so I hacked the PCB. I removed the helical wire antenna and mounted an U.FL connector so I can connect different types of antennas. This was possible because the antenna pad is surrounded with ground traces. While the modification is still not as good as the ESP-12F, I was able to detect 14 WiFi networks (max), which is an improvement of more than 50% (in detected networks).
I tried several 2.4GHz antennas, including 2 PCB types and a regular foldable type with SMA connector but the model shown on the picture below performed best. 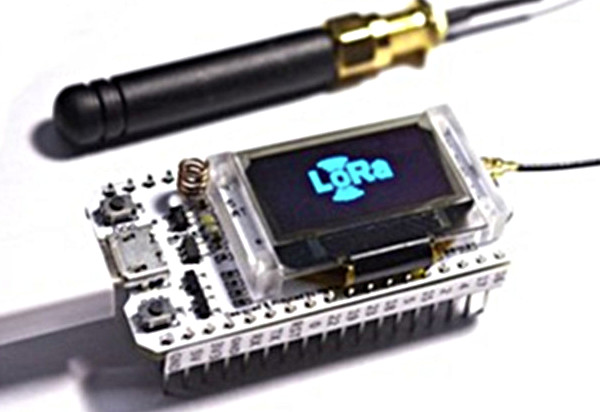 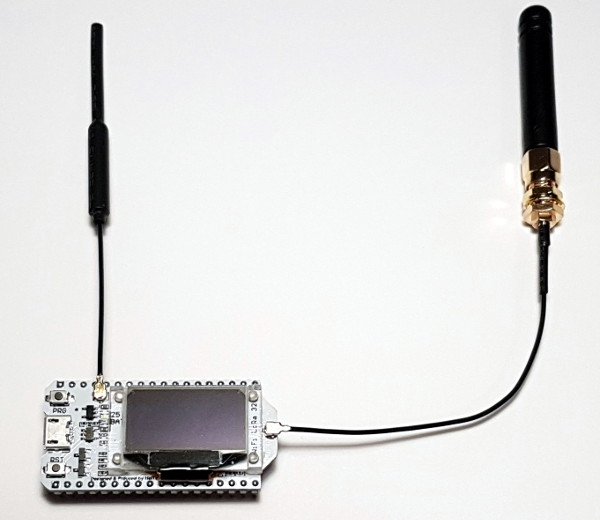 To use the OLED is quite simple. Add this in the header of your Arduino script:

Add this in your setup()

Then to display data on the OLED, use something like this:

Hmm, I was quite sure their GitHub repo was already mentioned here, but no… So:

DeuxVis’ document does not give much details, but: 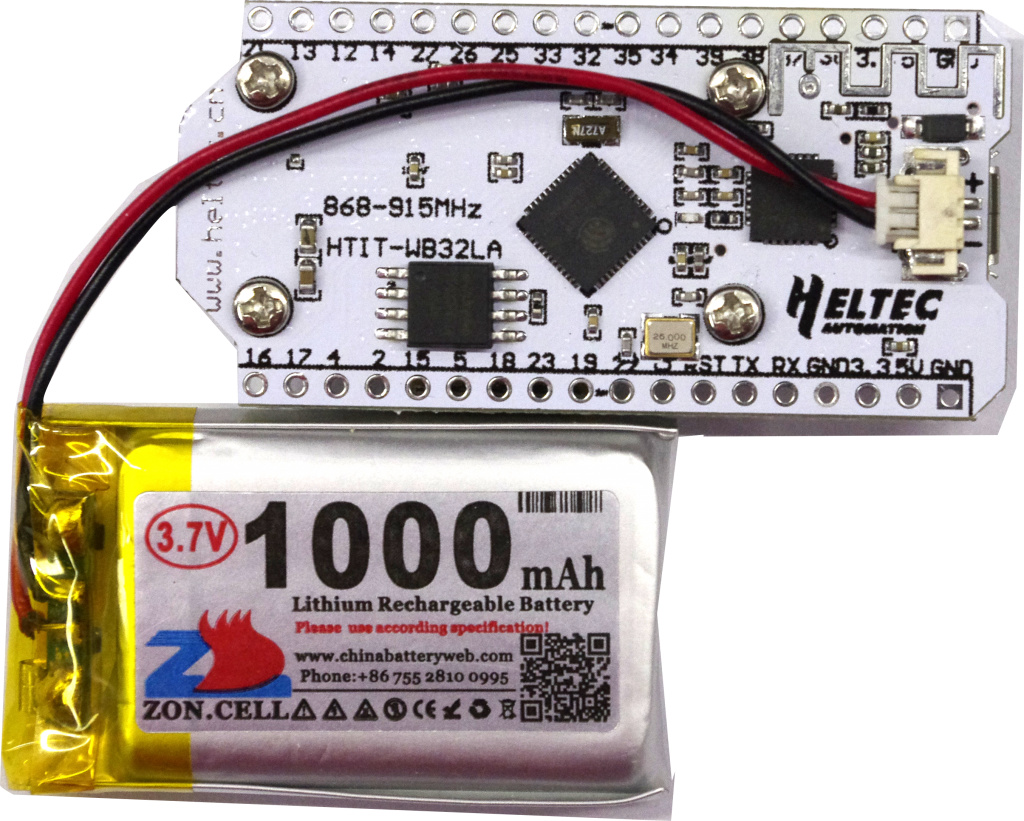 They sell the cable but that doesn’t provide much further detail either.

Looking at your picture, it looks like they use a MCP73831 (or compatible) charging IC (the 5-pin SOT23 below the helical coil). The default behaviour of the STAT pin is to blink while charging (or no battery connected) and to turn off when battery is full.

This is from one of my designs, which also uses a green led to indicate battery full.

Some more interesting ‘nuts and bolts’ hacking at the Espressif chips by Andreas Spiess, this time getting both processor cores of the ESP32 working using the Arduino IDE only. Seems like this can only help with more complex tasks?

I ordered micro JST off Ebay and they work fine. Downside is that they come in pairs, so I now have a number of micro JST male in-line connectors…

Which exact model is ‘Micro JST’?
I am unable to locate it on the JST site: JST Product Selection Guide
None of their 1.25mm connectors looks like the one on the Heltec board. 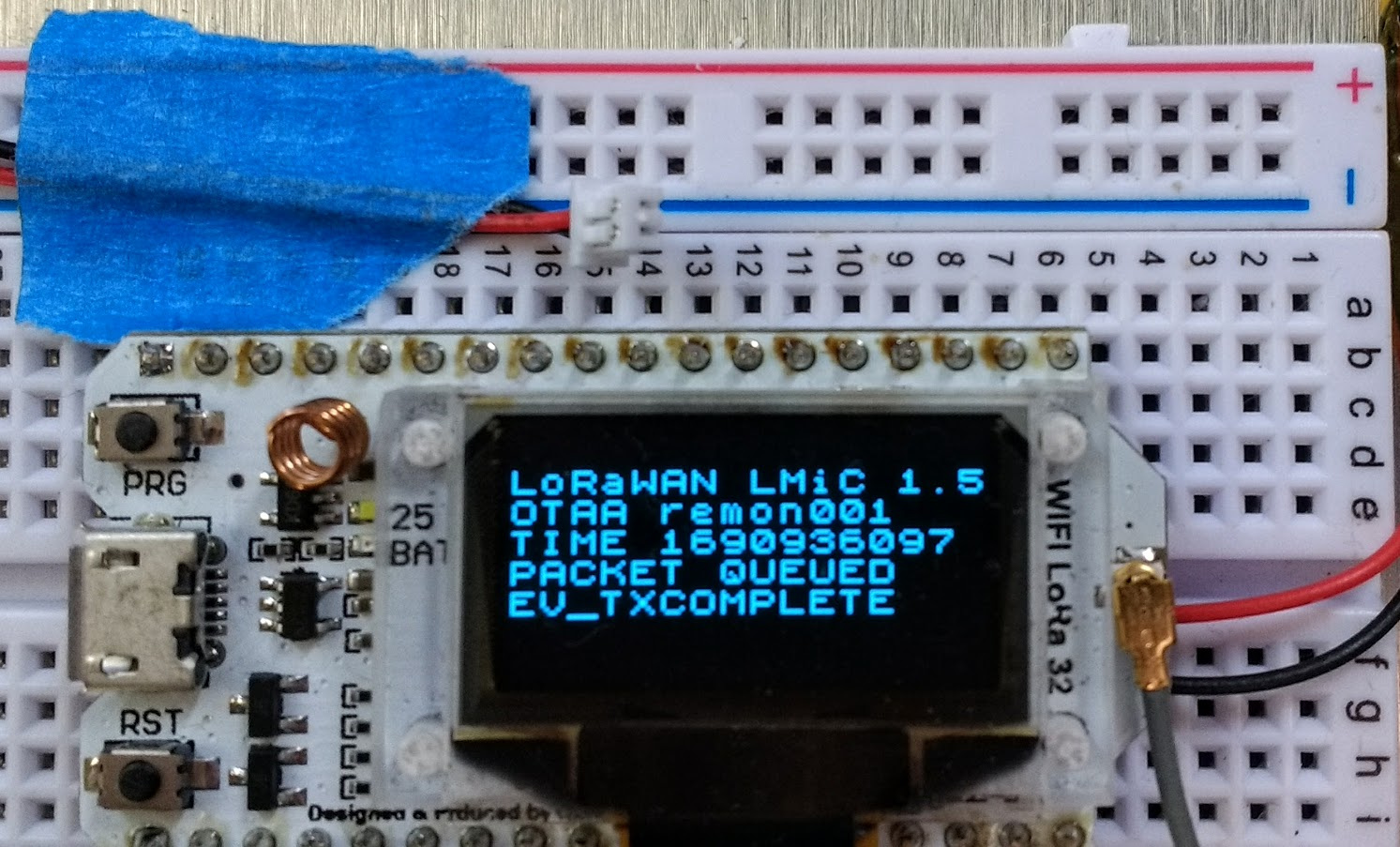 Good to hear that these ‘JST 1.25mm’ connectors do fit. 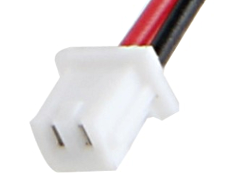 I have added a link for ‘JST 1.25mm’ cable assemblies in the Bargain Basement: The BARGAIN basement part 3

I was very interested to see the video about using both of the main cores of the ESP32 (https://youtu.be/k_D_Qu0cgu8), but even more excited to see in the comments an example sketch using the ULP - https://gist.github.com/tomtor/99e2a33bfa404ff99454aa94fc0df804 - to try this you will need to have installed the current ESP32 hardware support for your Arduino IDE - https://github.com/espressif/arduino-esp32

Has anyone managed to get the power usage of these modules below 10ma? Even in deep sleep and with wifi/BT off I can’t manage it with a battery. Are they maybe using a low efficiency regulator that keeps on switching?

Received mine finally.
The antenna is quite different looking from what was in the aliexpress pictures.
They also provided a miniature heatsink - probably for the ESP32 chip ? 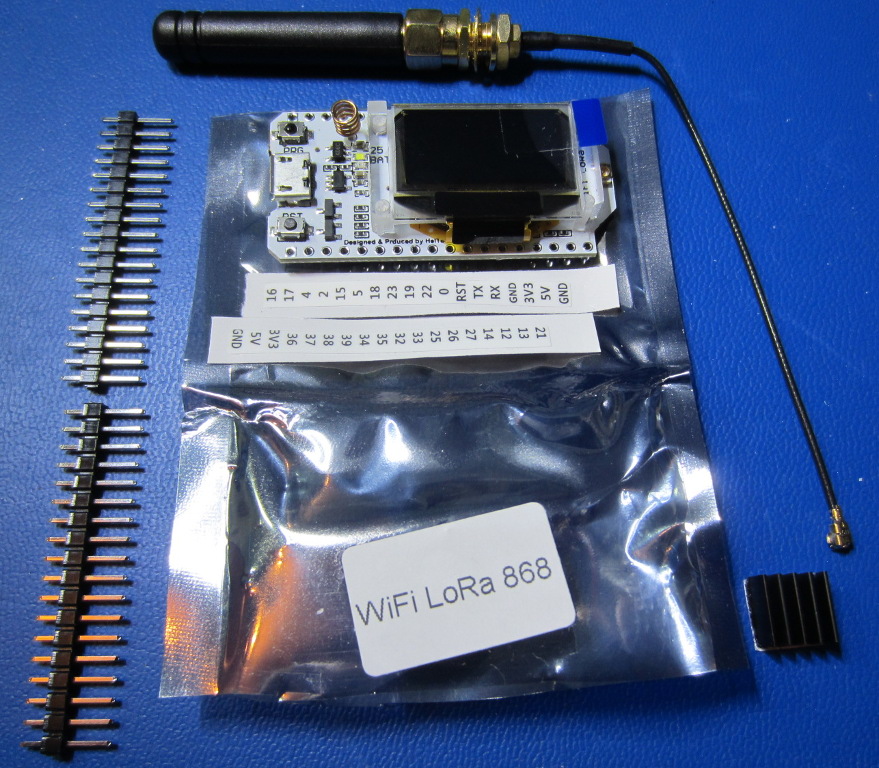 Now I must find some time to play with this…

They also provided a miniature heatsink - probably for the ESP32 chip ?

I was wondering about that too, until I read about “fever” in the document you provided earlier

ESP32 is a highly integrated chip QFN package, due to high frequency, small size and not easy to heat, so when used in the higher fever is normal, Our company has done a complete stability assessment of the circuit t,Pls no worry about it ,and if you very care about the head you can add heat sink by yourself.