This short message to let you know we have started something which is probably crazy: A TelCo-less Simcard-free lora pager. It’ll be open source. We are at the beginning of the idea and currently brainstorming about hardware and software architecture.

I will keep you posted regularly if this is of interest

So you can get a maximum of 10 messages per day?

I endorse any enthusiasm for any project, but as one needs a Facebook account to just see that page, just a few things that I assume you already considered:

maybe have a parallel GW for paging msg only

This will need a private network, I think? (For Class A downlinks, TTN will only consider the gateways that receive the uplink. With a private network it might work; the IQ inversion probably also ensures that such downlink-only gateways do not interfere with the uplinks of end-devices in their neighbourhood, but I’ve not given it much thought.)

So indeed curious about any (future) progress…

I suggested this simple SMS module
you don’t need LoRaWAN gateways and one message cost a few cents… works everywhere. 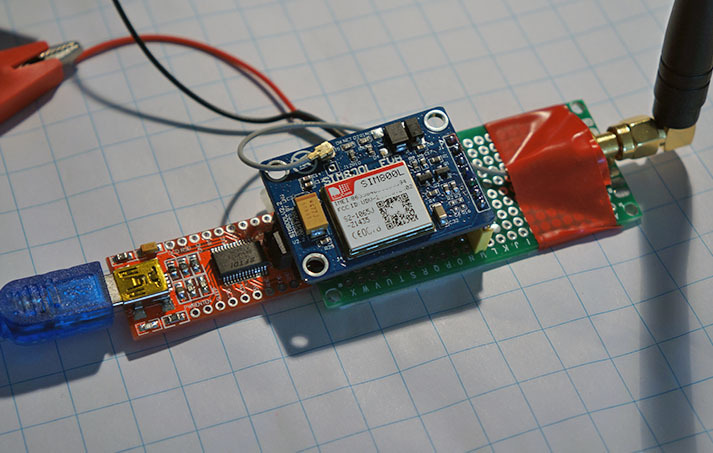 because something ‘could’ be done over LoRaWAN, it doesn’t always makes sense
the argument used on FB that you can send a message independent is not true… you need the internet 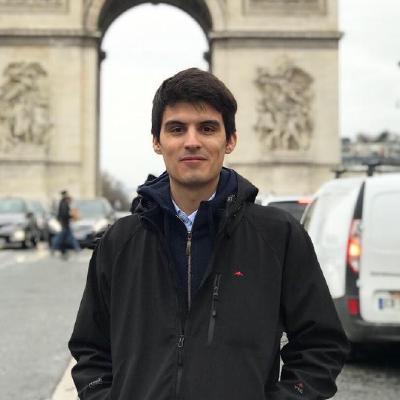 I do also think you will need a private network to avoid over-use.

Well, you know we’re all sharing the same radio frequencies, even when people start creating private networks. The more networks, the lower the chance for success, I feel. And “P2P” sounds like messaging rather than low frequency paging. But hey, a thought experiment might be fun anyhow.

I love the idea. By coincidence I came across the same idea some month ago, however I didn’t mind any specific protocol on top of LoRa, I was elaborating on power consumption given the need of instant message delivery (C-like in LoRaWAN). Such pager would definitely need to be recharged more often than ordinary LPWAN sensor. My intention was, however, to cover just simple area within reach of a single gateway, like farm or village.

I like the idea and can see the value of the localized use case however I think it needs to be supported by more than a single gateway to ensure coverage in the area of interest. In this scenario the pager needs to discard duplicate messages.

A precertified GSM module like the SIM800 can be had for €2, a precertified LoraWAN module like the RN2483 costs around €12 in quantities. Cellular modems can also be made low power, making a pager run for months on a single charge. You can have a worldwide cellular subscription for €1/month or less, and you can send thousands of SMS’es for less than that. Cellular networks are everywhere, so no coverage problems or the need to roll your own network.

While this is an interesting academic thought practice, in practice it is a very complicated solution for a non-existing problem.

If you want to avoid carriers then run your own LTE base station, you can do voice and all using free software like http://www.openairinterface.org on LimeSDR board - cheaper than a LoRaWAN gateway.

There is of course the small matter of spectrum license but apparently you can do it in the Netherlands (going by the rough auto translation) https://tweakers.net/nieuws/86938/iedereen-mag-in-nederland-gsm-of-4g-netwerk-opzetten.html

an interesting thought experiment but limited

Most code around a single solution contributes to the whole, and all solutions, in some way or another. I would like to see this project progress at least to a draft stage, where basic functional code is released.

I wish for a pager with limited transmit function for a farm tractor, on a property that is 140 Acres large in Rural Northern Queensland. I think a single private, $1000 solar gateway on a central hill with microwave uplink to a place where 3G/4G actually can be received, would cover the property, allowing the pager to function. I’ll be implementing internet soon on this property, so will be installing the tower and microwave link in any case. Adding a things network basestation would be little extra effort.

The theory is that the tractor would have lorawan enabled box that has a ‘roll over’ sensor, where it sends an emergency sms alert to a few mobile numbers in the nearest city in event of the tractor falling over. And an ‘emergency’ button and a ‘non emergency help’ button would allow the user of the tractor to summon assistance from family members, either emergency or not so. Given this is a remote, rural area of Queensland, there are, and likely never will be, improvements to the 3g/4g networks that allow use of typical carrier technology. I believe we prohibit the use of imported Chinese 3g/4g repeater stations, and even if a farmer purchased one, it would be unlikely to cover such a large area (tiny in comparison to most rural Australian farms).

The situation is simple. My mother is soon 70 and uses a tractor on slopes on the hillside, alone. If she makes a mistake turning on the slope and the tractor falls over, I wish for an SMS notification to be sent to at least three family members. If she has any medical issue while operating the tractor I wish her to have a way to summon urgent or non-urgent assistance from family members.

People on farms across Australia are getting older and frequently they are working alone in remote areas. We can’t count on wifi or 3g / 4g in these areas as they are sparsely populated and even given high monthly connection costs, a carrier mobile base station can’t pay for itself, or be affordably subsidised by the government.

A lorawan gateway is perfect. If it has a microwave backhaul to a place where a 3g/4g or satellite link is available, large areas of land can be covered.

A tractor can have a large sealed box mounted to it with a solar panel, that is low maintenance and weatherproof, with two simple buttons and a display. The buttons can be emergency / non emergency summons. They could also work for yes/no in conjunction with a display.

It’s a fantasy for me today, however, I can copy/paste code, learn, and mix and match things, and might be able to create something like this with enough working examples.

I suggest the pager idea is a great one if it can develop to the stage of being a working example. Perhaps not for densely or moderately populated areas, but for fixed equipment such as tractors in rural areas that will never be serviced by retail carriers, it is perfect.

An emergency position-indicating radiobeacon station is a distress radiobeacon, a tracking transmitter that is triggered during an accident. These are detected by satellites. The system is monitored by an international consortium of rescue services, COSPAS-SARSAT. The basic purpose of this system is to help rescuers find survivors within the so-called "golden day" (the first 24 hours following a traumatic event) during which the majority of survivors can usually be saved. The standard frequency...

An epirb is an excellent idea, but here they often send a helicopter, and if it’s a non-emergency, send you the bill as well

But you are right, I should put an epirb on the tractor as a matter of urgency. Sadly, I know of no epirb that has a ‘tractor rollover’ sensor, but it is a great first step. I’ll research it.