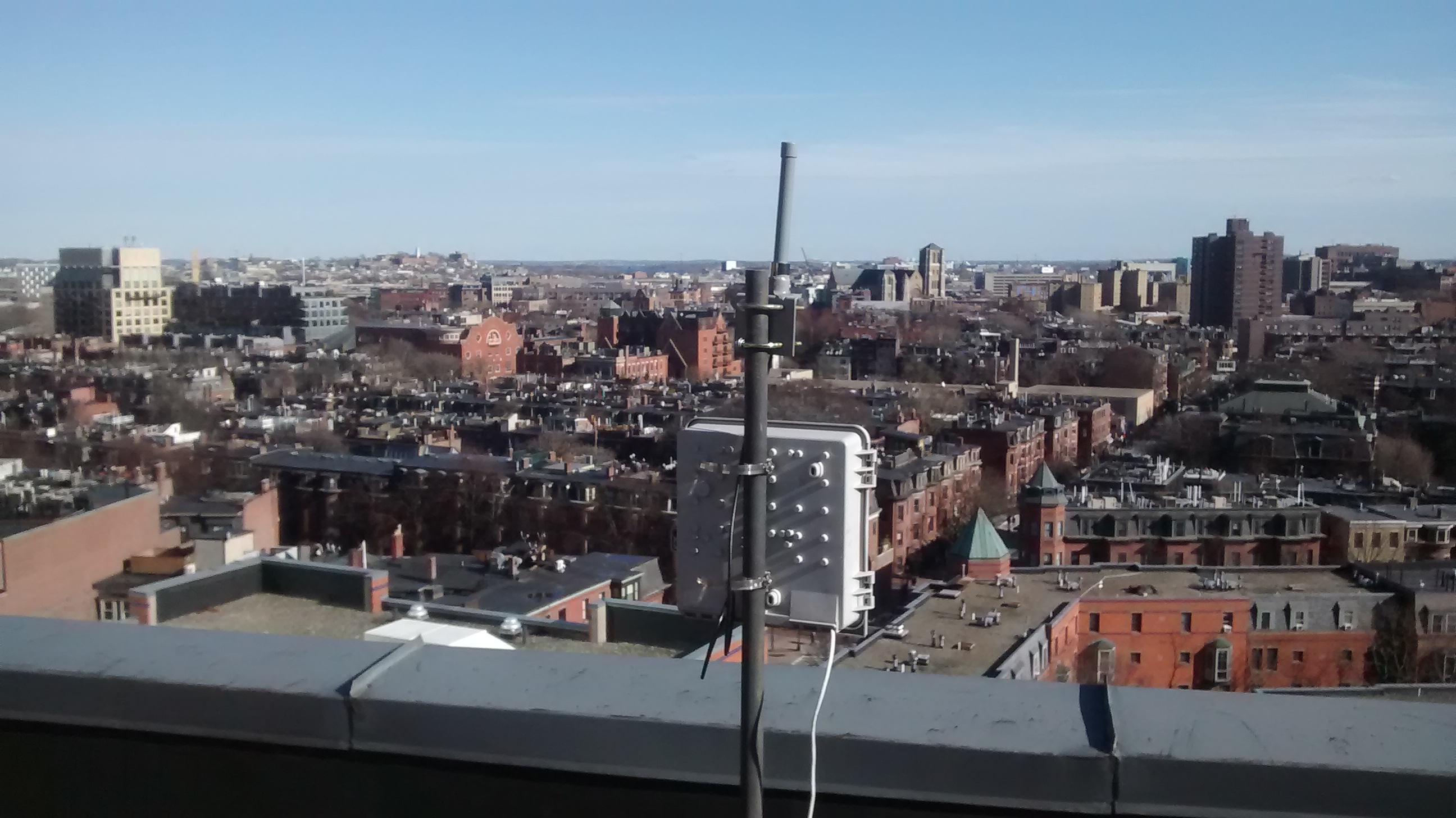 The 7 bits NwkID is already included in the DevAddr, which is why a TTN DevAddr always starts with 0x26 or 0x27. So, there is no need to set anything else.

Four additional “received messages” counted on one of the rooftop gateways within the past two days… which suggests that it may be functioning ok… just not seeing much LoRaWAN activity in the area (I doubt that the uplinks were from the KONA device).

Today I need to spend much of the day about 150 meters from the base of one of those buildings that has a TTN gateway on the rooftop. No line of site and it’s on the far edge of the roof from where I am now. I brought the Kona device with me and was surprised some hours later to see this below appear about an hour ago… I don’t know how to interpret it. That definitely is the device in the bottom of the join data… And the device is no longer flickering which it had done continuously for close to a week since I pulled out the plastic tape from the battery. I haven’t yet seen any gateway traffic though.

A little more action. I see now by opening up each line using the arrow on the left edge of each row that the item at the bottom in this picture was a join request, the next item up the list was a join accept. The next item was traffic from a non-TTN network (Senet). The top item is for TTN. I wonder if it might be my device that has been successfully given a new devaddr starting with 26? Or would that be someone else’s TTN device?

Later: While I was still at that location, I subsequently, every half hour or so, waved the Kona device around and saw corresponding traffic at the gateway.

So… next I’ll need to figure out how to translate the uplink payloads into sensor data that I understand. And will start with the decoder that @eggfriedrice kindly referenced on Jan 21 in this thread.

I wonder if it might be my device that has been successfully given a new devaddr starting with 26?

You can tell the current DevAddr from the device’s Overview page in TTN Console. Also, it might have shown in the orange Join Request in the screenshot, when scrolling to the right. (It surely does that when looking at a Join Request in the application/device’s Data page.)

Can I connect this device to TTN and see temperature from the internet?

If yes, on which website could I do that (see temperature data)?

“Can I connect this device to TTN and see temperature from the internet?”

If you are in the U.S., you should be able to use the device (Tektelic producte code T0004885) that I linked to above (Feb 25) to connect to TTN, presuming there’s an active TTN gateway within range, and then see temperature data using the TTN console.

I don’t yet know how easy it would be to have the traffic forwarded to a site like Cayenne to have a better dashboard for remote monitoring. https://mydevices.com/cayenne/features/lora/

If you want to be able to do it soon, you might consider instead using The Things Node, which I’m confident integrates relatively easily with a dashboard like Cayenne’s.

And if you’re not in a hurry, perhaps wait for the TTN generic node.

to set up a TTN application one has to enter the following details to the form:

With the sensor KONA All-in-one Home Sensor I did get the following data:

Could you please help me out by matching those details to each other!? Thanks a lot!

A device is registered to an application. So, first create an application; this does not (yet) use any of the values provided with your sensor so just use whatever you like. After creation, go into the application’s settings and select “EUIs”:

Next, add a device to that application. While doing that:

Product code and serial number are not used.

Hi. I have successfully registered a Kona Micro gateway to TTN (us-west.thethings.network). Successfully registered a Kona Home Sensor and Kona PIR sensor. When I start the sensor OTAA the first time, it attaches and sends a payload. But then I don’t get any more traffic unless I reset the sensor. What am I missing that is keeping the data from the sensor to keep being sent to TNN?
I only changed the basic constructs in the gateway via KonaFT [added gateway_ID, changed server address, added aes_key].

I just got my first Tektelic smart room sensor.

Al I have is a box and the sensor.
No link, no data about codes, nothing.
So I don’t know how to register the node in TTN.

Is that normal or is there something missing?

The sensors are pre-provisioned by Tektelic with a DevEUI, AppEUI and OTAA AppKey.
You need to get these 3 items of information from the vendor.

Then you will be able to register the device on a TTN application.

If it is the same device that I have you will also need to pull out the plastic spacer that keeps the battery isolated during travel and storage.

If you ordered the device from Connected Things you should have an email of details from us, if not, drop us an email and we’ll resend.