Think about using Raspberry Pi Zero with USB Internet modem. That will reduce power consumption so you will get almost double backup period.

Test Results are in 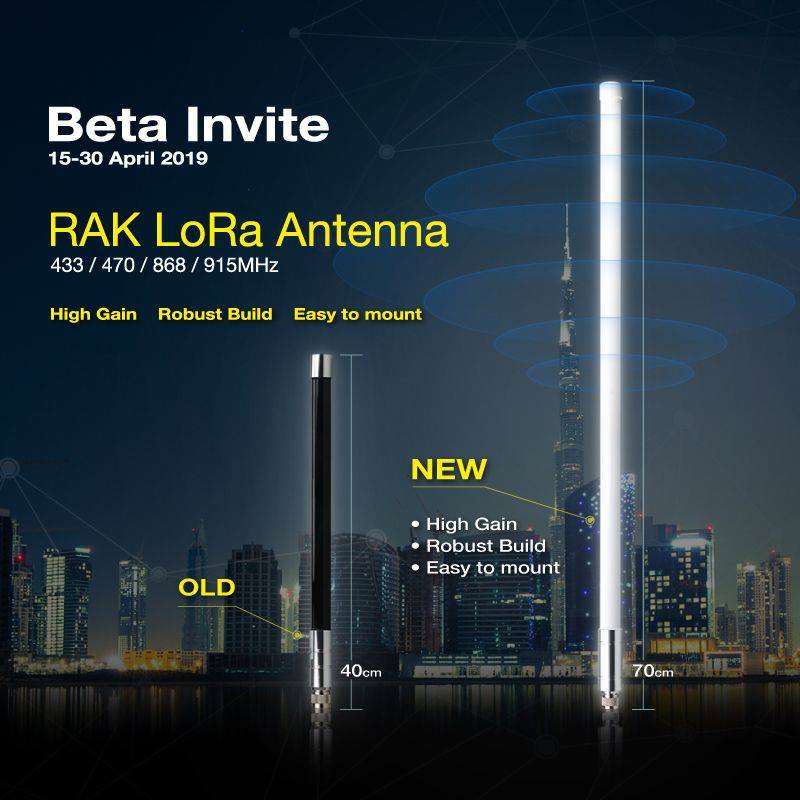 I followed the method previously published by @LoRaTracker in testing antennas to evaluate the new RAK 6dBi antenna. 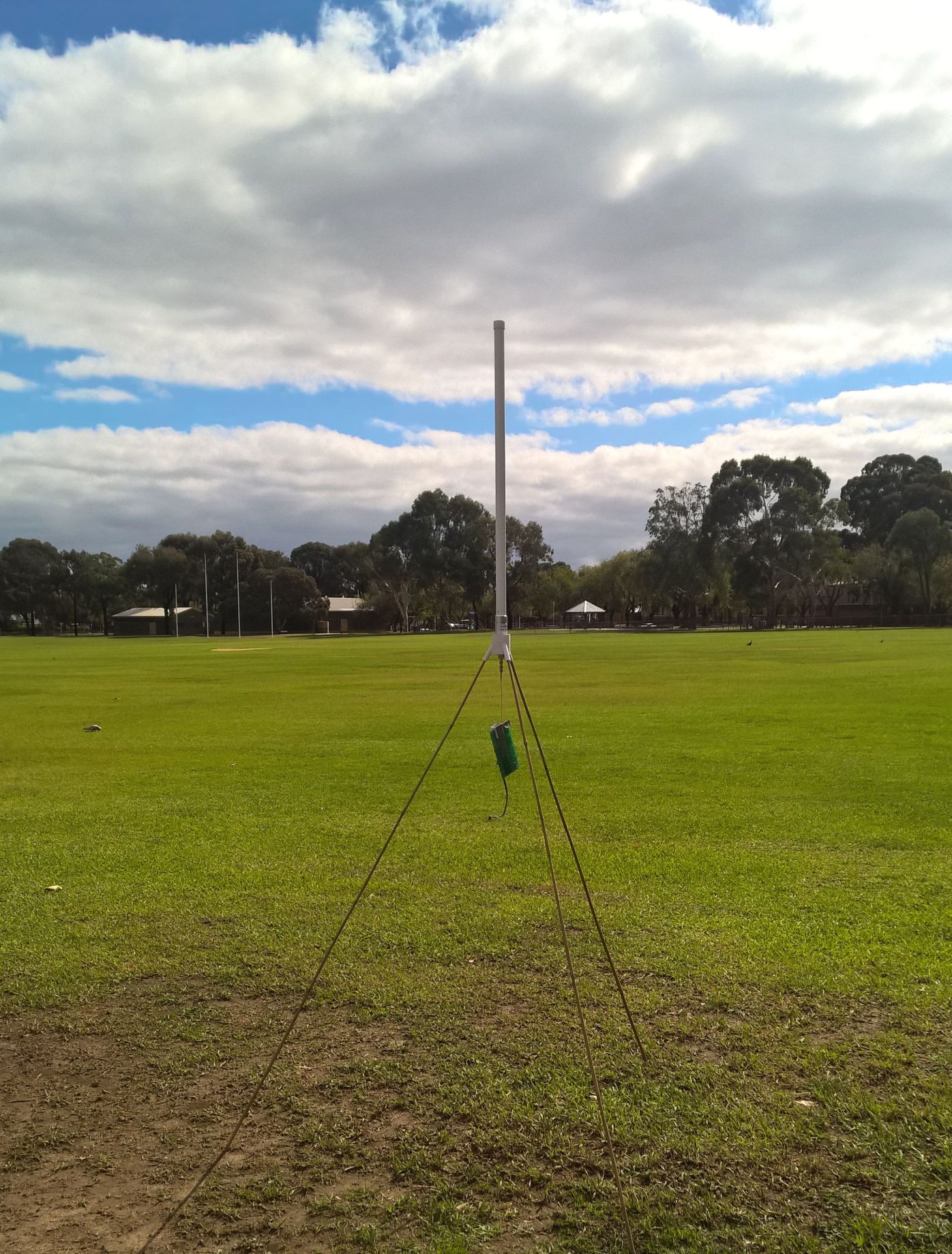 Interestingly the one antenna is designed for both 868MHz and 915MHz bands. 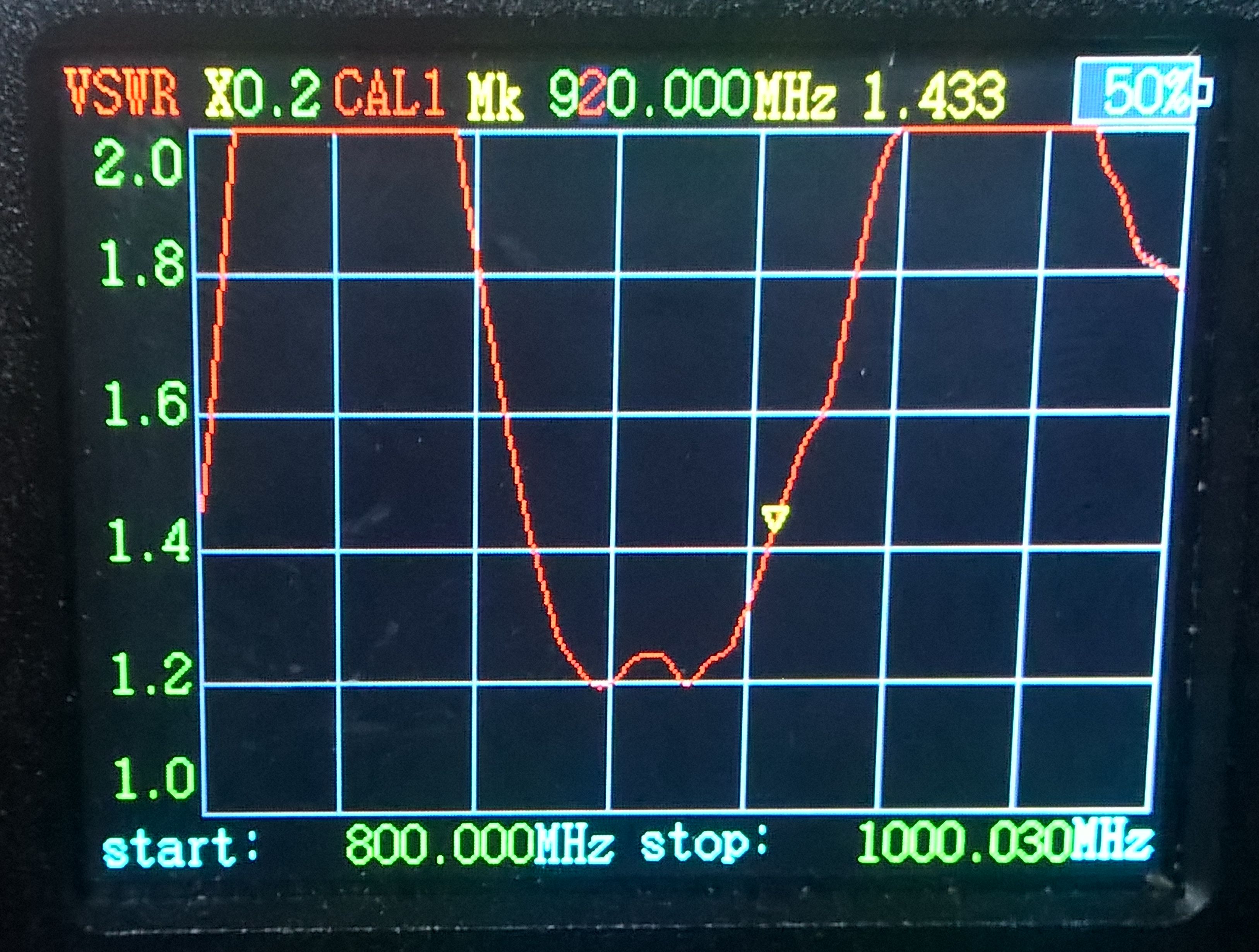 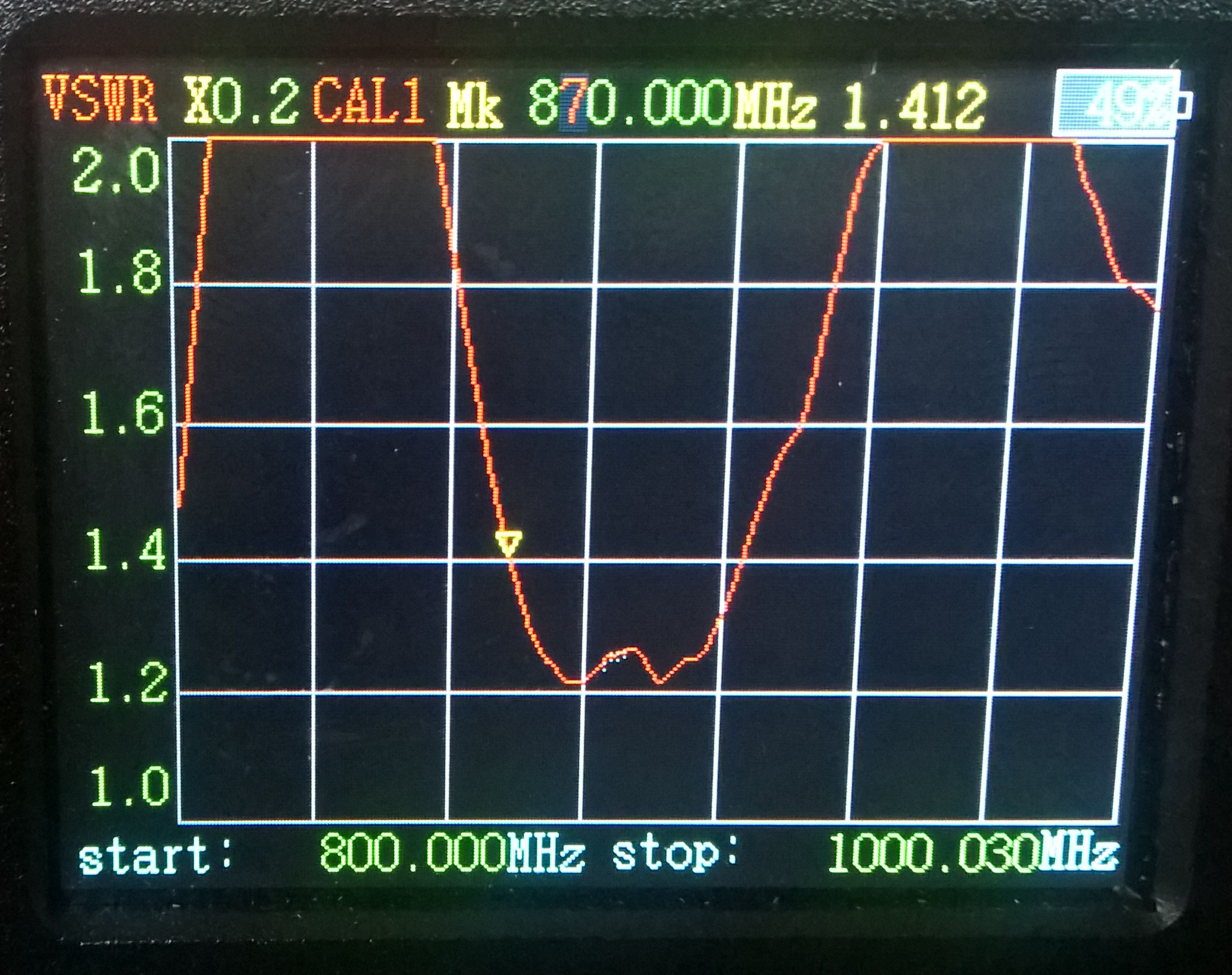 The 6dBi antenna performed exactly as expected, the gains I measured (over my 1/4 wave ground plane) in the directions measured are exactly as per the polar plot graphs in the data sheet.

Its interesting to note at 920MHz the antenna has maximum gain about 10 degrees below the horizon. It is less on the horizon (0 degree).
Due to the downtilt of the antenna pattern this antenna would be ideal in a gateway which is located higher than the nodes. Located on a tall building or top of a hill.

No point pumping out lots of power where there no nodes! 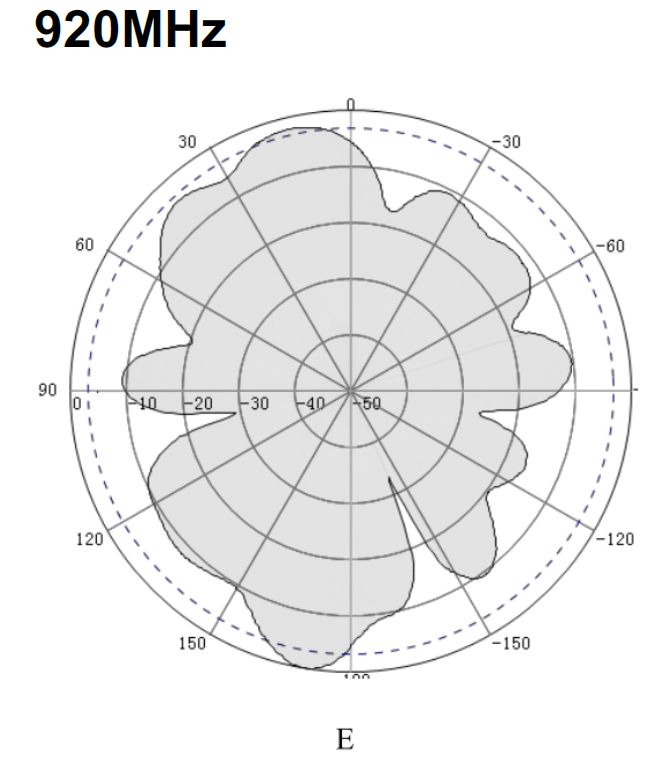 Nice (and cheap). Did you test also the old model in the past?

This presentation of the V-plane radiation pattern is highly unusual. Therefore I have fliped and rotated in a more usual presentation: Now you can see indeed the downtilt
. 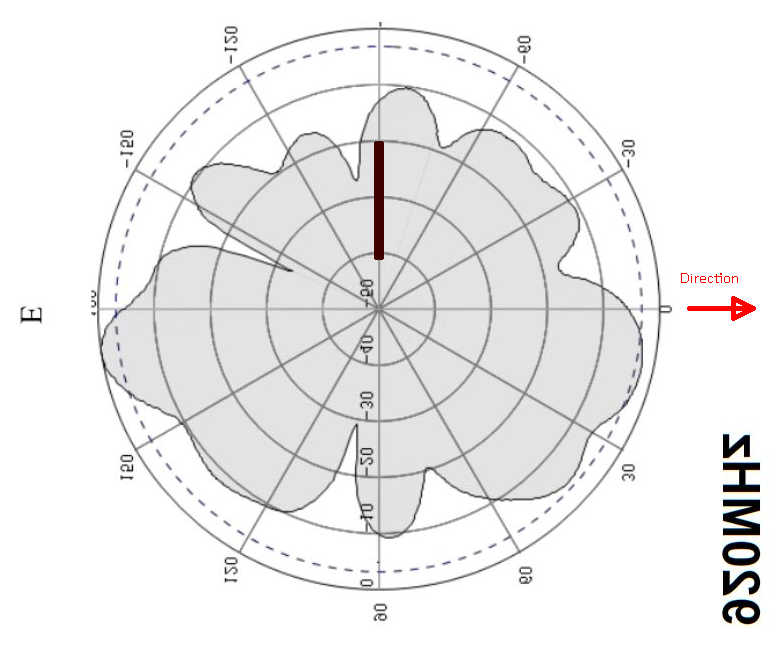 Electrical tilted antennas are usable at high buildings > 50 meter. At heigths of 15 to 35 meters you defintely will suffer from loss of range because of this downtilt.

A more suitable downtilt is aproximately 5 degrees when the -3 dB upper side of the main lobe is aiming level.

Nice (and cheap). Did you test also the old model in the past?

Yes, I did. In fact I tested a number of different antennas at the same time and did test the older shorter 400mm long black model. I performed a VSWR test some time ago and this was reported on The big Antenna S11 catalog and it had a very low VSWR so looked really good, HOWEVER, from my range testing its gain was less than my 1/4 wave ground plane.

Only goes to prove a good VSWR only means its not reflecting the power back to the transmitter, it does not mean its being radiated.

@TonySmith Did you get the radation pattern of this antenna in ASCII data also? I would like to have those for analysis in Radio Mobile.

Unfortunately not. I have an early release pdf, nothing digital. I’m sure RAK will release the .pdf with the antenna, its far more detailed than most data supplied with an antenna. For example it has E & H plots for a range of different frequencies along with gain and efficiency values.

Unfortunately not. I have an early release pdf, nothing digital.

Pitty. Especialy downtilt antennas like this one can nicely be simulated in propagation simulation tools.
I’ll be patient.

The downtilt only occurs in frequencies used by the 915MHz band, at the “lower frequencies” around 870MHz the main lobe is horizontal. Could make a comment that we who use 915MHz have got an advantage for once.

But wouldn’t do such a thing.

Since I can’t transmit in the 868MHz band (its a mobile network down here), I could not test it.

That is a good comment. Tilting will alter over the used frequency. It seems as if this antenna was designed primary for 868 where the tilting at 915 is a side effect.

question for the specialists

I need/want a LoRa 868 antenna that is directional in 4 directions that can be used mobile.
So I was thinking of something like this, on a pcb that I can hide in a big tube slice. 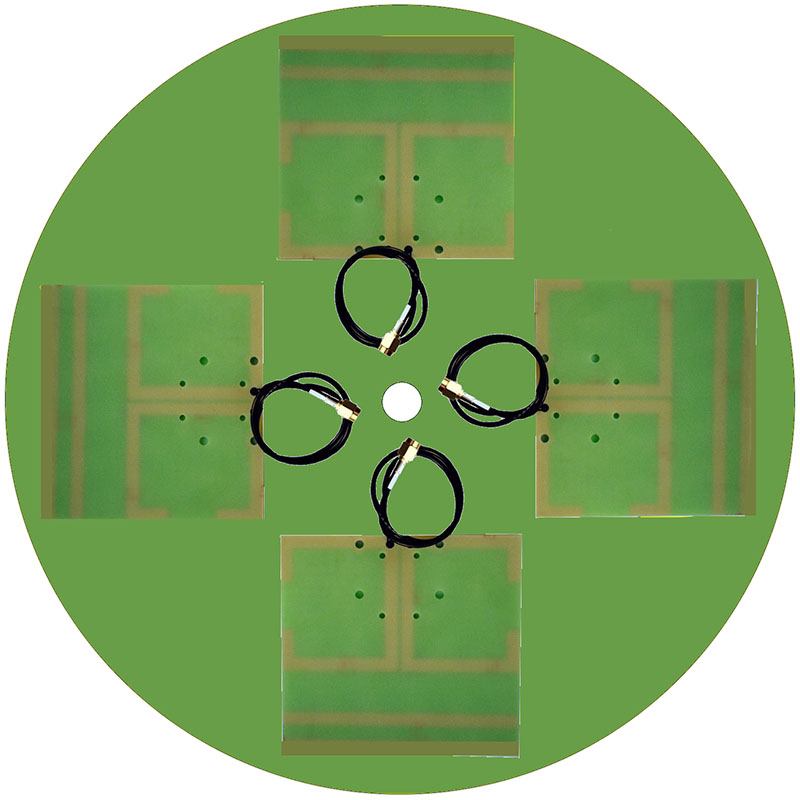 mmm… why not omnidirectional at this point?

because I need directional

Maybe take a bit of inspiration from ADF in aircraft. It uses a loop antenna (raamantenne) combined with an omni to form a cardioid reception pattern. They used to rotate but these days that is done electronically.

congrats to the winners 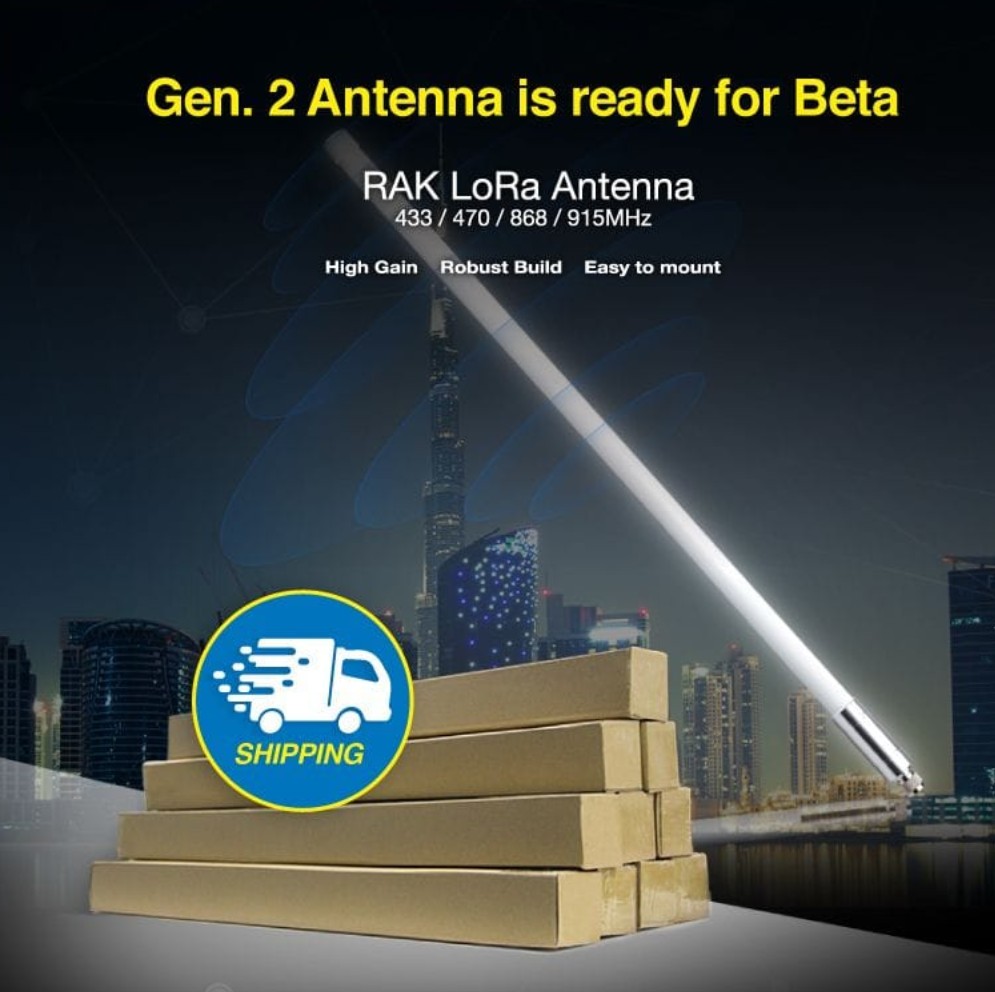 congrats to the winners

Great!, I did not know it yet. I have not received any email. #happy

I guess it could work. However you have to take in account that the gain of such small antennes to not have a high front-to-back ratio. Reflections in your surroundings would therfore have more influence. I think the influence would be less if you mount it with free sight on a roof. Why not use one directional antenna and start experimenting by looking at the RF spectrum with a RTL-SDR.

gain is not that important… direction is (and mobillity !) 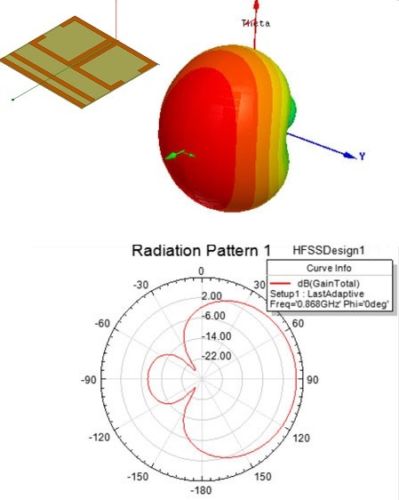 Sorry, my typo. I wanted to say that the gain was relatively low and the front to back ratio poor. I guess if you would want such a setup to hunt for nodes you would benefit more if you would have an antenna like a HB9CV or a biquad antenna with better front-to-back ratio…