Far above the clouds - part 3

This flight was special. On July 21, TTN Bydgoszcz became official, so the flight was a surprise and main attraction of a joint meeting of two communities (Bydgoszcz and Toruń) and Copernicus Project. This time we focused exclusively on LoRaWAN technology — no other radio equipment!

The main purpose of the flight was to prove that TTN can be successfully used to track balloons at high altitudes, as well as to recover its payload after landing. In addition, we attempted to beat the current LoRaWAN transmission distance record. But the most important thing was having fun!

The tracker was the same as tested in our previous flight but in a different box. Software was practically the same, tough slightly modified. Quite funny addition was the figure of an astronaut prepared by children, but unfortunately it went missing somewhere during the flight ;)

This time our balloon was filled with less helium to reach the highest possible altitude. There were technical problems related to data transfer via TTN just before start. Local gateway was forwarding received frames to the network, but our applications did not receive data. Fortunately, thanks to very quick support from the Netherlands everything returned to normal and the flight could continue.

The flight was very calm — balloon lazily went upward occasionally torn by stronger winds at some altitudes. All could be observed on the computer screen. Just like previously two applications were running: one for data logging and calculating distance to the most distant gateway, and the other for transferring data to the HAB tracking site. This time only one object was seen on the map (sr0fly-ttn). As the altitude increased, more and more receiving stations representing gateways operating in TTN were visible on the map. In the meantime we were discussing about high-altitude balloons, LoRaWAN technology and the future of TTN. From time to time discussions were interrupted as soon as the calculated distance approached the current record. Unfortunately, the balloon finished ascending at an altitude of about 30500 meters — much lower than expected.
The meeting took 8 hours due to a long flight (both ascent and descent).

Next day, an attempt was made to recover the capsule. The rescue team equipped with a mobile LoRaWAN gateway reached the landing site (45 km from the starting point) and run a gateway. The tracker was still sending frames and it could be easily located. Recovery process was not so easy, because the capsule landed on trees — not in the field as predicted. Fortunately, trees were not so high and the operation was successful, but with a lot of effort.

This time data was received by a total of 76 gateways of which 15 did not have correct coordinates. A single record was received by a maximum of 63 gateways. The most distant gateway was located in south-eastern Slovakia near the border with Ukraine and Hungary (Čierna nad Tisou). The distance was 598 km. Data recorded during this flight can be found here.

Although the distance record has not been beaten yet, the flight showed that LoRaWAN and TTN can also be successfully used to recover capsules. This test also showed how important the reliability of the network is.

We intend to continue testing by developing applications and increasing the capabilities of our tracker by adding various sensors and new functionalities.

To be continued. Stay tuned. 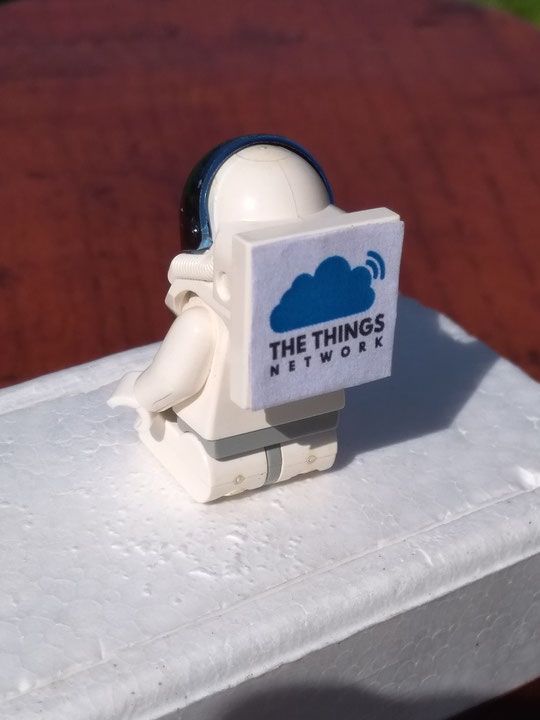