I can put the device in a sealed case but from my tests the hc sr04 doesn’t work it a thin plastic covering as the sound can’t get through. I am looking for any good suggestions for a cheap and accurate way to measure distance with my board and shield.

If I understand correctly, you are measuring how full a bin is.

A downwards pointing sensor with a surround isn’t going to get wet, unless you are worried about the decomposition byproducts?

Yes I would be worried about condensation and it will be in 100 public bins so there is a chance they will be power hosed for example. Don’t want to take risks due to water damage.

I can incase everything but the sensor transceiver itself.

Car reversing sensors - they are waterproof: 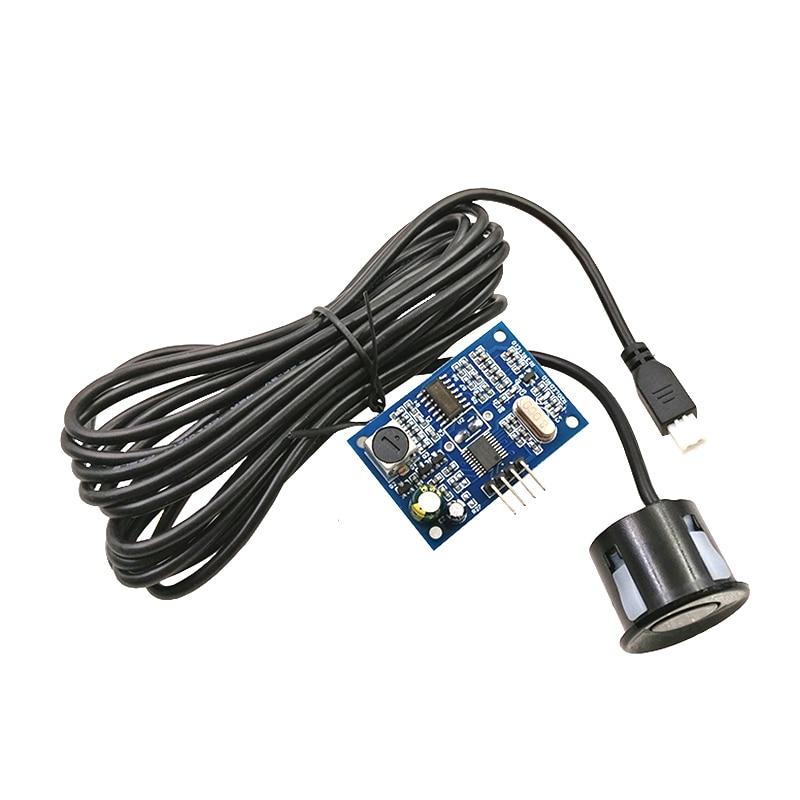 Although if you are making 100 of a sensor, this is just a proof of concept??

Because you aren’t going to get a good battery life out of an Uno + shield.

Car reversing sensors - they are waterproof

I spent quite a while trying to adapt something to work with those “parking radar” transducers in place of their dashboard display, and had some moderate success before the project lost funding. It can be done, but it’s quite tricky to get right. If you want them to work at short range, you have to go to a lot of effort to isolate the ringing of the transmitter from the detection circuit.

Maxbotics sells some ready-to-use weatherized sensors, but they aren’t cheap.

I was looking at this one, think I will try it. And yes PoC with 4 devices. Not sure what to go with for the 100.

It’s a relatively simple requirement, do you have any ideas what may be good for a volume of 100?

do you have any ideas what may be good for a volume of 100?

Secure the order, find someone who builds in small quantities.

Another possibility is a small time-of-flight module for range finding - not tried it on an potentially very uneven surface thou.

If you’re going to count on ultrasound, you probably need to price the initial effort to include the cost of a maxbotics module which is advertised as working down to 20 cm, maybe you can eventually come up with something cheaper. If development goes smoothly you might break even before the equivalent of 100 maxbotics modules, but if you run into difficulty you might not.

I have to wonder if you couldn’t do something with transverse beams IR beams.

Or design the bin with a door to keep out critters, and put a sensor on that so you know when it’s no longer closing because the bin is overflowing. If someone jams something in there and it’s not actually full, someone else will probably push it in (or let it fall out) while adding their refuse so a lastingly stuck door is likely a useful indication if the bin needs service, though sadly not one of if it may get through the coming day without needing it.

One solution actually on the market (“bigbelly”) is a solar powered compactor (obviously with a battery to store up the energy for brief operation) presumably measurement is done by monitoring the position at which the compactor stalls out.

While you’re at it, replace the Arduino with something more suitable for LoRaWAN. Even if you want to stay Arduino style, get something with an ARM Cortex core.

Hello,
A time of flight sensor will look through the fluid if it is clear? It will measure distance to the bottom of the bin.
Maybe use a little (and cheap) ventilator to blow air over the front of the sensor so if there is only a little moisture it will not reach the sensor and/or the sensor is dried.