With the Beep foundation we developed a (soon to be) open source PCB together with the low power and LoRa hardware specialists at Ideetron. The PCB has a lot of features that might interest you if you would like to have an affordable ultra low power bee hive measurement system. 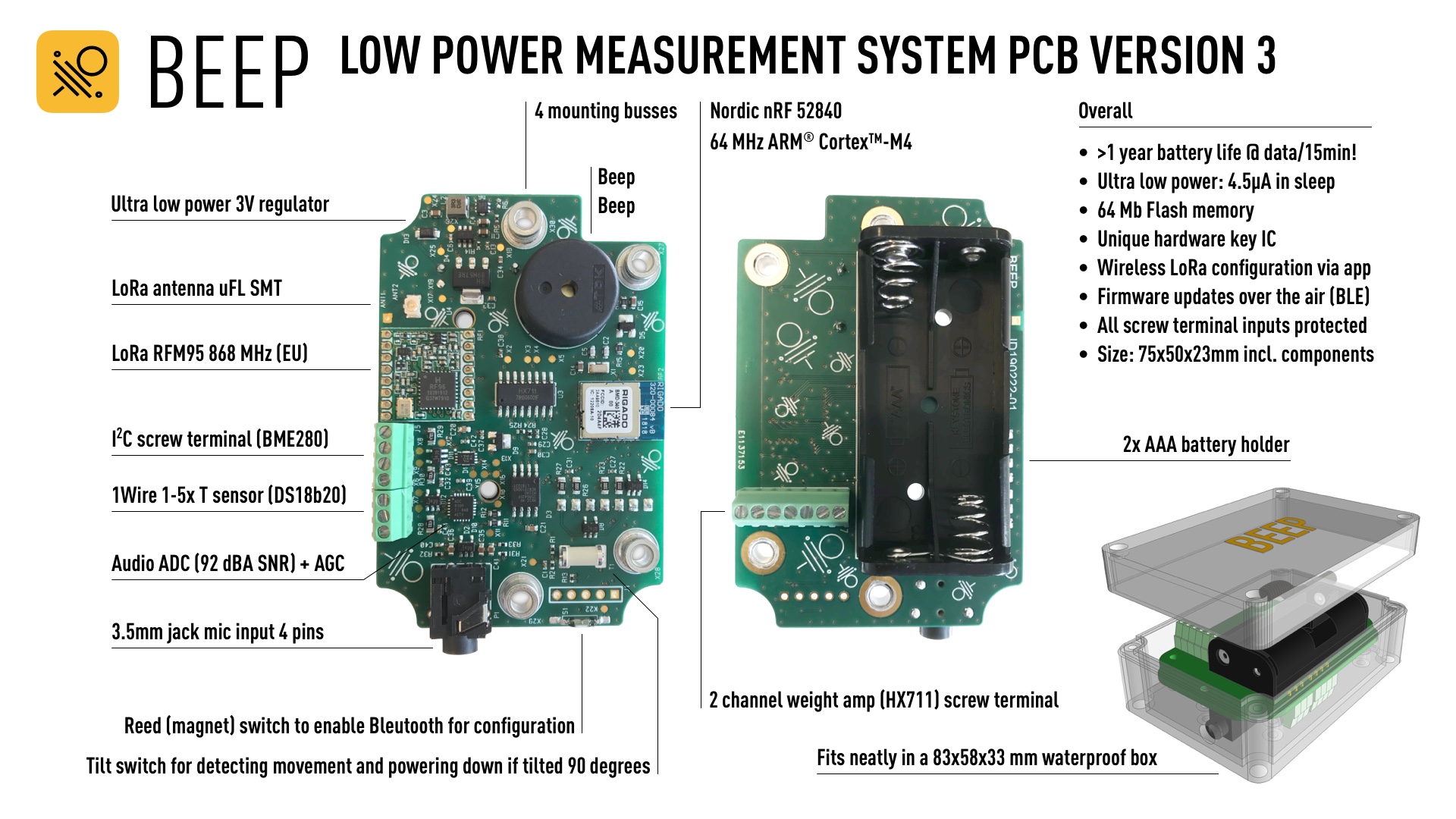 The Beep PCB v3 has the following features:

BTW: we will launch a Kickstarter campaign for the Beep measurement system v3 at the 9th of November 2019, in which you can also order this PCB as a separate pledge

Oh no, so many nice nice things but then you go and use a s**ty HopeRF module for LoRa.

11 posts were merged into an existing topic: Experiences with RFM9x and SX127x based SPI LoRa modules

Thanks for all RF module speculations, please move them to the topic where they belong.

With regard to our choice of LoRa RF module: All HopeRF modules are tested before leaving the factory, Ideetron already made a lot of products containing it and never had problems with them. Ultra low power in standby, and sending messages at all spreading factors. Also certification has already been done with these modules, so nothing to worry about. For the purpose of sending LoRa messages, they work perfectly in the context of this PCB. And if you would like another module, it is easily swappable.

Will the firmware be open source?

And from today, the Kickstarter crowdfunding is on-line for 30 days!

One of the pledges is the PCB only, or PCB in a waterproof box + temperature sensor and mic. 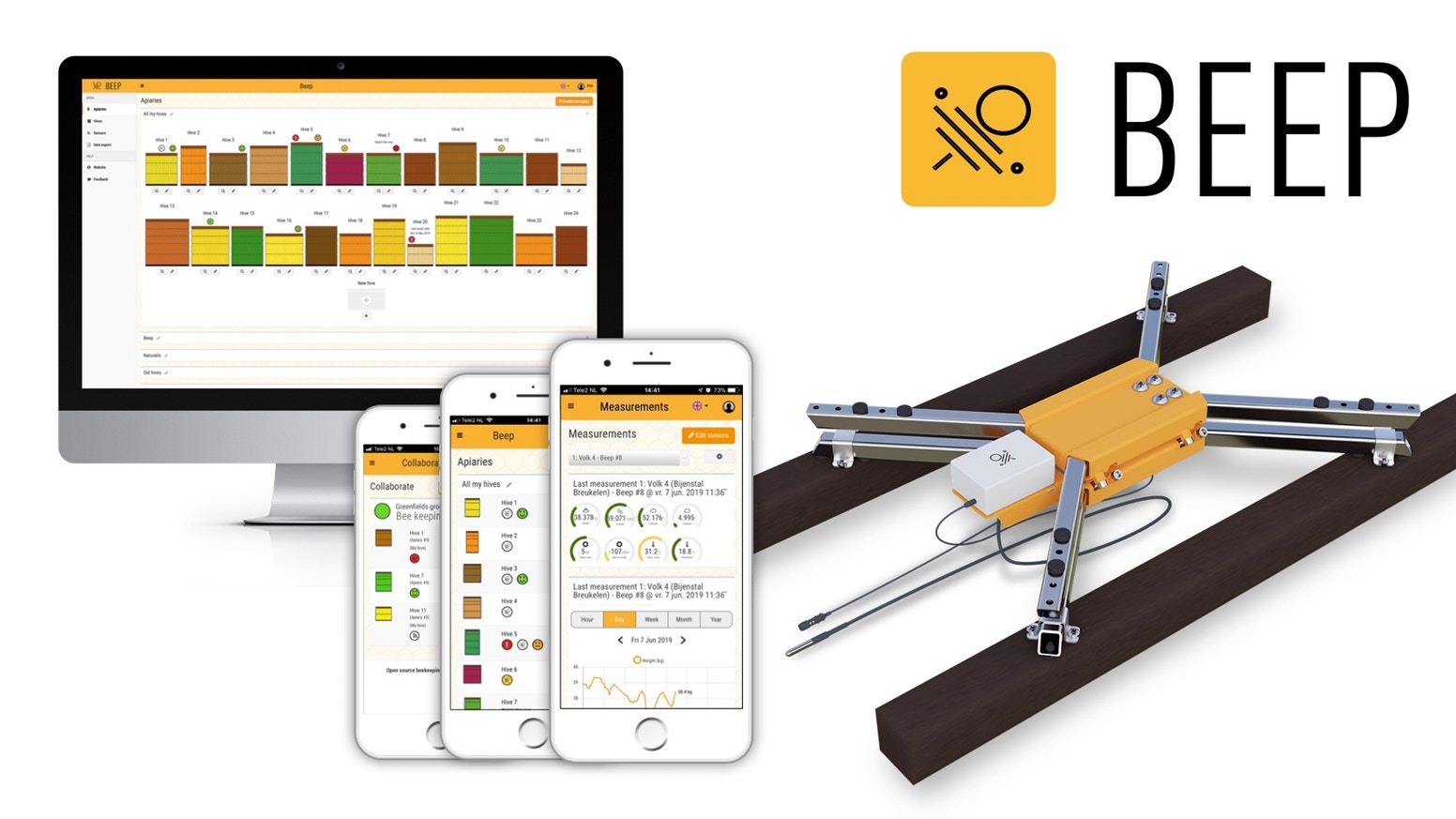 BEEP base: a measurement system to assist beekeepers 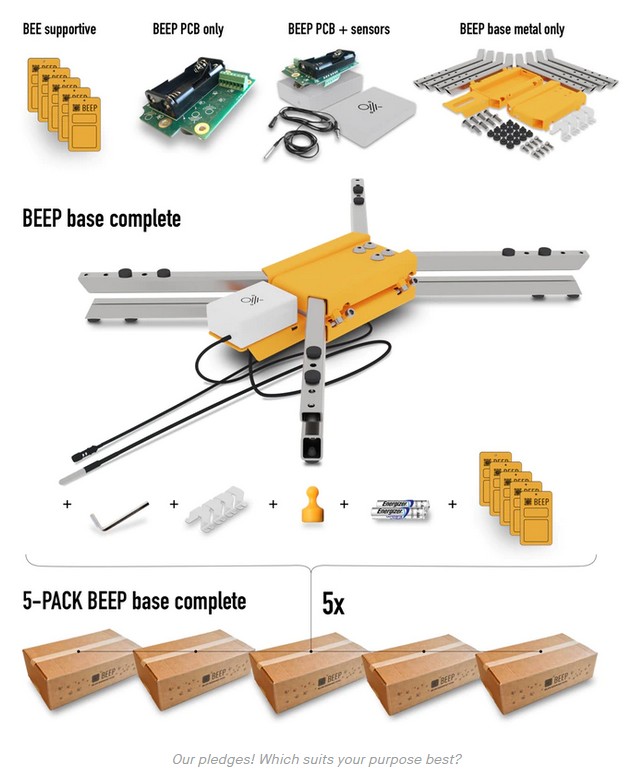 Hope this is true, so many projects say they will release the code as open source but never do

We also shared our model 2, all drawings and sources and the app, check https://www.openhardware.io/view/630/BEEP-base-v2. Have confidence (and a little patience :-))

@jezd Here are the drawings of the frame and PCB: https://www.openhardware.io/view/739/BEEP-base-v3 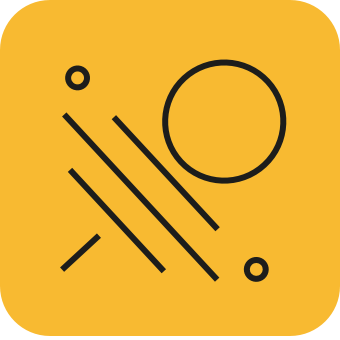 BEEP base v3 (Steel design). Contribute to beepnl/measurement-system-v3 development by creating an account on GitHub.

This is great to find. I hope your project is continuing well.

I got started with LoRa specifically to monitor bee-hives! I am using the Heltec Lora-32 modules with HX711 and a temperature / humidity sensor. Already deployed a few along with some Things Network gateways.

Your web-app is far beyond anything I have time or patience to make. Could you tell me if it would be acceptable and possible to send my sensor data in to the app - for example where can I look for the Lora payload protocol?

I expect I will change to your hardware as well once it’s available, but for now it would be really nice to have the data collection and visualisation working nicely for the local beekeepers.

Thanks! I hope this wasn’t too off-topic.

@evs01 Thanks for your comment.
You can become a member of our Slack community, please send me a PM with you email. There you can find the API specs for using the BEEP API and BEEP app with your own data. You can check out our https://github.com/beepnl/BEEP for the TTN payload protocols that we currently use.

I now have a wAP LR8 kit running at house with the Mikrotik External antenna.
I have now in my suburban area with houses and woods a reach of about 700 meters to my BEEP hivescales that have an internal antenna (lose wire)
The antenna is now at 5-5.5 meters height (on the top of my bungalow)

What are my options to have a better reach? and how much of an improvement should i see?

Is there an option to change the SF to a higher value?
What would i typically gain in range by setting the antenna on a 8meter pylon (now it is at 5.5 meters)
and how much would i gain by going to 15 meters?
Or in a 20 meter tree?

Is there another (legal) antenna that would improve range? any examples?

If you have ADR enabled, LoRaWAN will optimize the link by changing SF to the best data rate.
Downside of Beep hive scales is that the antenna is low to the ground.
The best way is to increase the antenna height at the bee hives by putting the node on a pole of 2 meters and extend the wiring to the scale.

Generally if you double the antenna height you double the RSSI (http://continuouswave.com/forum/viewtopic.php?t=1761#:~:text=Since%20received%20signal%20strength%20is,transmitters%20that%20are%20not%20closeby.)
If you do that at both ends you double twice.
One other effect is that you suffer from obstruction by buildings and trees. Make sure you stay above those at the gateway side.

Downside of Beep hive scales is that the antenna is low to the ground.

Indeed; I’ve also seen bad performance with someone else’s installation on a roof terrace, which had a hard time joining on SF12, 850 meters away from a gateway at a good location. (Line of sight obstructed halfway by a big church, but a test node would happily use SF9, inside.) And despite ADR it would not move away from SF12 after many uplinks.

The best way is to increase the antenna height at the bee hives by putting the node on a pole of 2 meters and extend the wiring to the scale.

This also makes changing the batteries much easier, without the need to first move away the hive to even get to the base’s enclosure.

Internally, on the bottom side of the PCB, the BEEP base V3 uses an uFL SMT connector, to which one could attach a pigtail for an external antenna connector. That needs one to remove the wiring and PCB though. And even an external antenna, horizontally below the hive, seems not quite optimal. So an external connector would probably need some extension cabling for the antenna anyway. I’ve not actually tried any of this.

Moving the base’s enclosure itself seems like a smart alternative!

Hi Arjan, I am not sure if this is the correct topic, While I greatly appreciate the feedback from pe1mew (Remko), I 'll try first to mitigate the issues at the gateway side. At least I now have a great understanding of the effect of heightening the antenna, going to 10 meters should double my reach, going to 15 meters should triple my current reach, I understand ofcourse that this is in an ideal situation, not counting the probably 200+ other parameters that might have an effect, both + and -

i will try this weekend somewhere to cut the wire from the beep box and put it on a 3 meter high pole, and see what the effect is.

but none of my bases is connecting to the application I made on the website of thethingsnetwork.org.

Note that, by default, a BEEP base is registered to BEEP’s global TTN application. To add it to your own TTN application, I assume you set up your own AppEUI and AppKey in the device and added payload formatters and the HTTP integration as per BEEP’s instructions.

Aside: by default the base has ADR enabled. This does not work well for non-stationary devices, so may not work well when using it with TTN Mapper for testing. I don’t know if you can disable that.

Also, transmitting its total packet size of 59 bytes every 1 minute won’t adhere to TTN’s Fair Access Policy. On SF12BW125 thee 59 bytes only allow for one transmission every 2 hours. But even on the best data rate, SF7BW125, you’d be limited to one message every 6 minutes. For testing, this is not a problem though.