First timer with LGT92 - no activity yet

Apologies for such a newbie question. I’ve configured my LGT92 device in TTN and triple checked the values, but it is showing “No activity yet” and there’s nothing in the live data beyond “Create end device”. I live in Richmond, Melbourne, Australia and the map shows 3 gateways within about 5km and I have the end node outside on the 2nd floor balcony. I assume the device is sending join requests because intermittently the LED blinks blue once. Here’s what I have entered:

The Dragino user documentation doesn’t match the TTN website, so I’m guessing it’s outdated. I’ve searched the forums and google, but beyond the “my device can’t join” troubleshooting help, I can’t figure out what to try next - can anybody help?

I’ve added you as a collaborator on my ttnmapper TTN application in the console (ttnmapper-bertrik), so you can see how my device is configured with keys, region, formatters, web hooks, etc.

The device is configured in the console for 868 MHz EU region, with ABP keys (not OTAA), a payload formatter and a webhook towards ttnmapper.org

Thanks, but if I go to ttnmapper-bertrik it produces an error trying to show the devices:

And that heat map looks pretty cold around my place. The nearest gateways all show as “private network peering with TTN” - does this mean I can’t use them? Not to mention the fact that they all show as “currently offline”.

I think that’s in reply to some other issue - as the OP, my problem is not resolved yet.

However, I went for a drive today and had further progress, so I assume at home I have a coverage issue. I’m still not getting data, but have the following messages - is this normal? 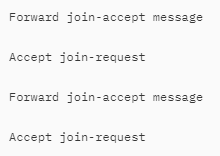 It’s an improvement and if you read all of https://www.thethingsnetwork.org/docs/lorawan/ then you’ll be much better placed with debugging this as you’d understand what it means.

You have chosen one of the niche devices - tracking using LoRaWAN is hotly debated as you’ll know from a cursory search of the forum for “LGT92” or “LGT-92” (even Dragino can’t make up its mind about how to format the part number).

Plus almost all forays in to the world of LoRaWAN that start without a gateway generally only get better when one is purchased so you can see what is actually happening with the radio link.

In urban areas we use meters to measure range - even if it does spill in to just over a 1,000m, if you have actual line of sight (use a rolled up piece of paper to help) between your antenna & the gateway’s antenna it could well turn in to km. If the gateway’s antenna is not outside, then anything could be happening.

But a quick draw with the measure tool on Google Maps shows you are being very ambitious - 2nd floor balcony implies you only have a 90° field of view and it’s not that high up anyway.

Also note this class of device has a very small and relatively poor antenna compared to a full node with a typical 2.1-3dbi ant. Typically only coming in at around -5 to -3dbi, 0dbi at best

so link budget already reducing link budget by 6-8db. That is roughly the same as changing a device from running at SF10 to running at SF7 in terms of approx LOS range reduction… that said with mine I have seen anywhere from 300m to 2km in dense urban and urban canyon environments whilst still getting 5-9, often 10-12km in rural good clear LOS deployments. IIRC best I have seen with one of these is a few hits around 20-23km.

Also as Nick suggests you may struggle to reach surrounding GW’s if only at 2nd floor level as Richmond nestles in a Basin caused by the confluence of the two rivers with the higher ground east towards Hawthorne or West above East Richmond…depending on where you are exactly terrain masking some 30-50m higher than your site may limit you to an approx 400- 800m range… get a gateway ;-). If I get time later I may look at where any local GW’s are to see if effective coverage even possible…

IIRC best I have seen with one of these is a few hits around 20-23km.

Groan - now everyone will want this for their LGT-92.

Also, I’m not sure the OP, a self-professed newbie, will be down with the link budget, dBs, SFs etc until’s he’s watched Johan’s explanation in the video - and then he’ll need a few days to recuperate with that mind-melting quantity of info.

Better description - take your SmartPhone and put it in a Baked Bean tin (with or without the beans, up to you) - and then try using the navigation app. That’s the LGT-92.

May I very politely disagree. It does the inexpensive device a bit of injustice. Used correctly (steady horizontal position with the red button up) you get good results for a very low price. I would advise the OP to take a walk / slow drive to the nearest GW and see where reception starts / breaks off. Without directly giving numbers

here is an example of good transmission quality TTN Mapper

you get good results

This is subjective - what are “good results” - how does it compare with devices people are familiar with - like the Navigation on a Smart Phone for instance.

There is no disputing the technical aspects of the the antenna and reflects other similar devices like the RAK7200. I referred to the debates on the forum - which pop up every few months. LoRaWAN isn’t a great technology for real time tracking - for end point tracking in defined locations - like exit from depot, arrival on site - brilliant - but “where in the world” requires good gateway coverage and the antenna’s on such small devices aren’t great.

Fundamentally the best way for anyone to get started with LoRaWAN is with a known good device (even the LGT-92) with a gateway (just a TTIG) so they can learn the technology - it’s not a domestic appliance, there’s too much to get to grips with to just buy a device is a poor antenna and hope local coverage will automagically allow quick results.

Thanks for all the info. I had done the research I could, but there seemed to be a lot of conflicting opinions, so I thought I would buy one and “suck it and see”. My Mum has dementia, and recently wandered off (not near home) requiring us to call the police. We want something she wears so we can find her (and with a decent battery life). Obviously the current local coverage is not going to suit our needs. The subscriptions on proper services is prohibitve, so for the moment we’ve gone with an Apple AirTag in a watch mount (she won’t carry a phone). Thanks again.

The subscriptions on proper services is prohibitve

You can buy GSM based trackers that can use a Pay as you Go SIM - so the costs can be pretty low - I have SIMs I have to make a call or send a text once a month and my £5 credit will roll over for months.

If I need to know where the device is, I ring it or text it and it sends back a text message - costs about 10pence each time.

And you’d only need to do that to keep the credit rolled over if you find the right plan and when you need to track the device.

Alternatively put a gateway in at your mum’s house and setup the geo-fencing on the tracker so you get an alert whilst she is still in range but outside the normal boundaries of her locality - a one off cost for the gateway to go with the LGT92 you’ve already got and after that subscription free.