For voltage divider (I don’t like them because of consomption and I don’t have place to control voltage measurement with controlled FET to reduce consomption).
But, I have a trick for you, you can measure VCC (voltage applied on VCC pin of ATMega) from software, that’s what I do with my ULPNode Library (you may need to adapt code) but it works like a charm, I’m doing 8 samples and Using ADC in Low Power Mode to avoid noise.

Took a minute to wrap up this code in a example and it works out of the box. Many thanks for sharing.

You allready got great advice from @Casper and @Charles.

My 2 cents to this topic : as @Caspar sugested using the Mathijs version of LMIC is a good start. Next, remove all the debug stuff you find in the examples. And what you want to debug, just use simple output (for example : “S” for start. “T” for transmit, “ET” for event timeout etc).
For example in the LMIC example you see code like this :

Why not change it to :

Yeah forgot this one, in default example I changed debug output to use flash memory.

this is not using Flash space but RAM (if not let me know, something changed) so it won’t optimize flash in any way, you need to use F() macro as follow to place string in flash. But @lex_ph2lb advice if correct, to reduce size, reduce print strings lenght (as far as they stored in flash)

@lex_ph2lb thanks for antenna reference, nice graph and interesting

. But @lex_ph2lb advice if correct, to reduce size, reduce print strings lenght (as far as they stored in flash)

[quote=“Charles, post:42, topic:8059”]
@lex_ph2lb thanks for antenna reference, nice graph and interesting
[/quote] You’re welcome. This week I want to setup some field trails to test it against a stock antenna. But for now it looks really good.

Just to let you know I’ve integrated for testing some tweaked BME280 code in my library. I need to take time to test but, as reference, it fit with TSL2561 code sensor even on Mini without Optiboot Bootloader
With no debug leaving space

With some debug activated, as you can see, still fit

Remove the bootloader entirely and get a cheap ISP AVR programmer from eBay, you’ll be able to use the full 32KB of progmem.

Time for a new antenne experiment. Now with the SMA chassis part and a single wire mounted in the SMA connector pin. 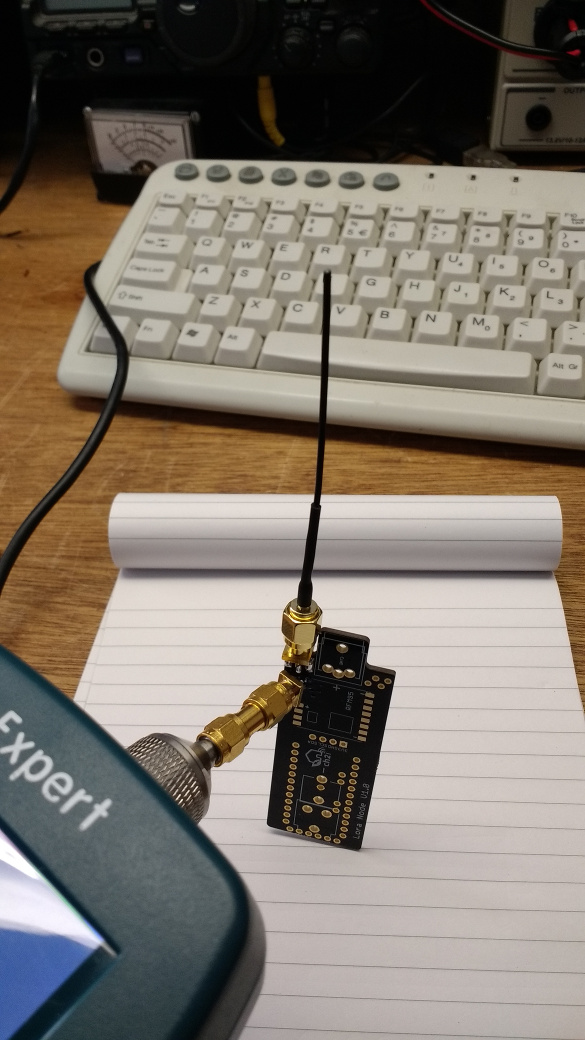 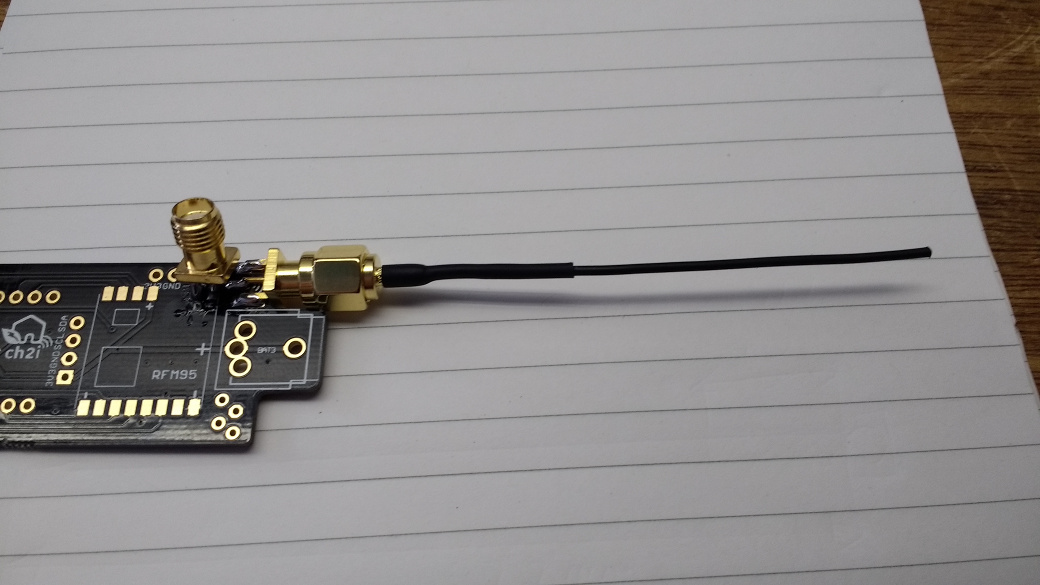 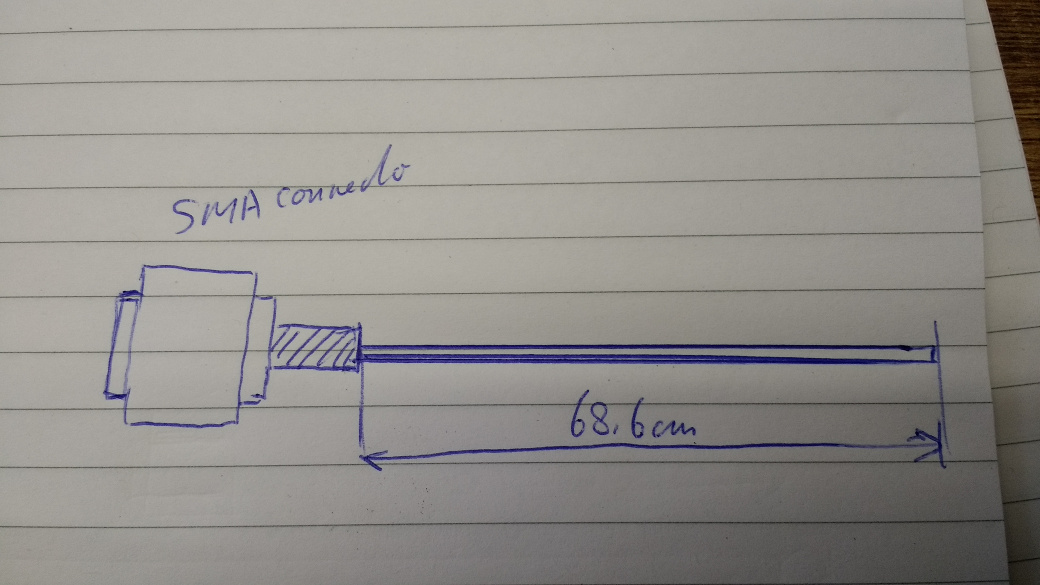 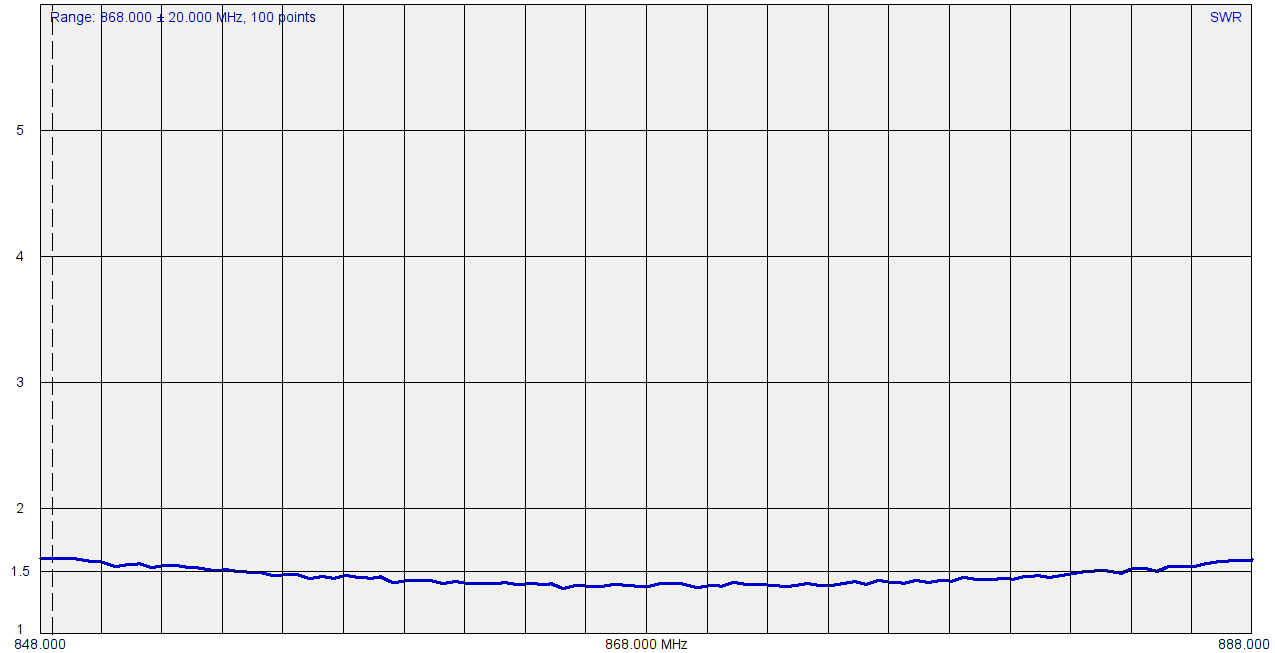 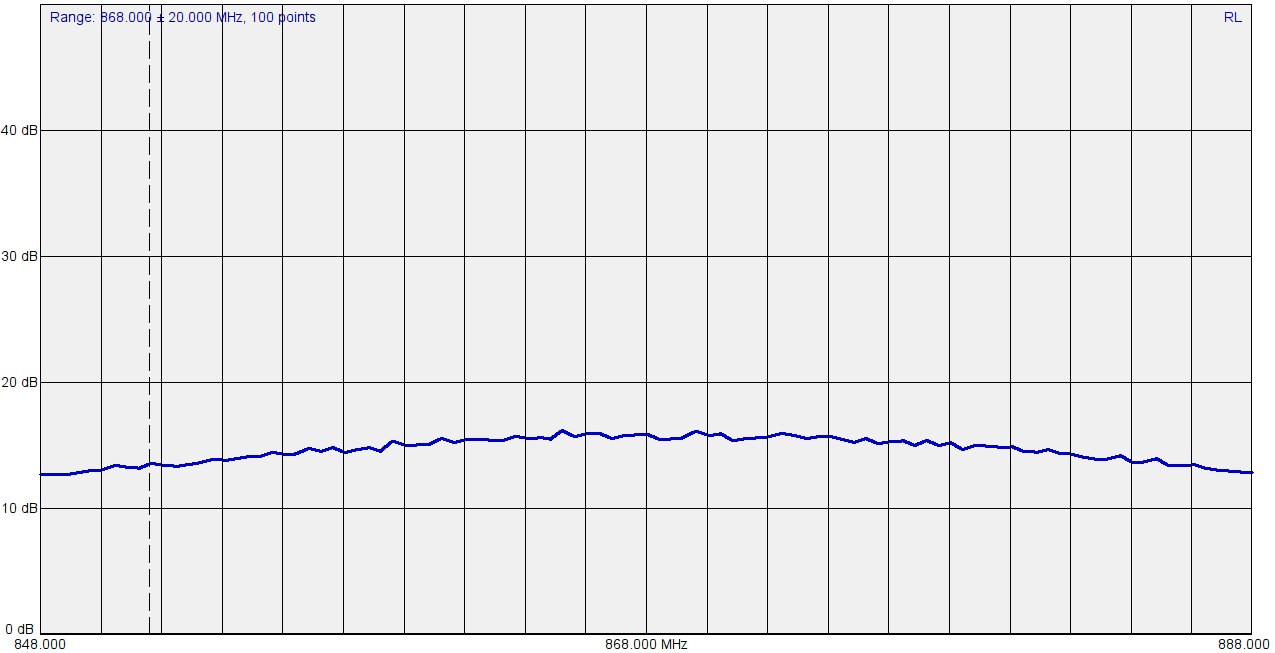 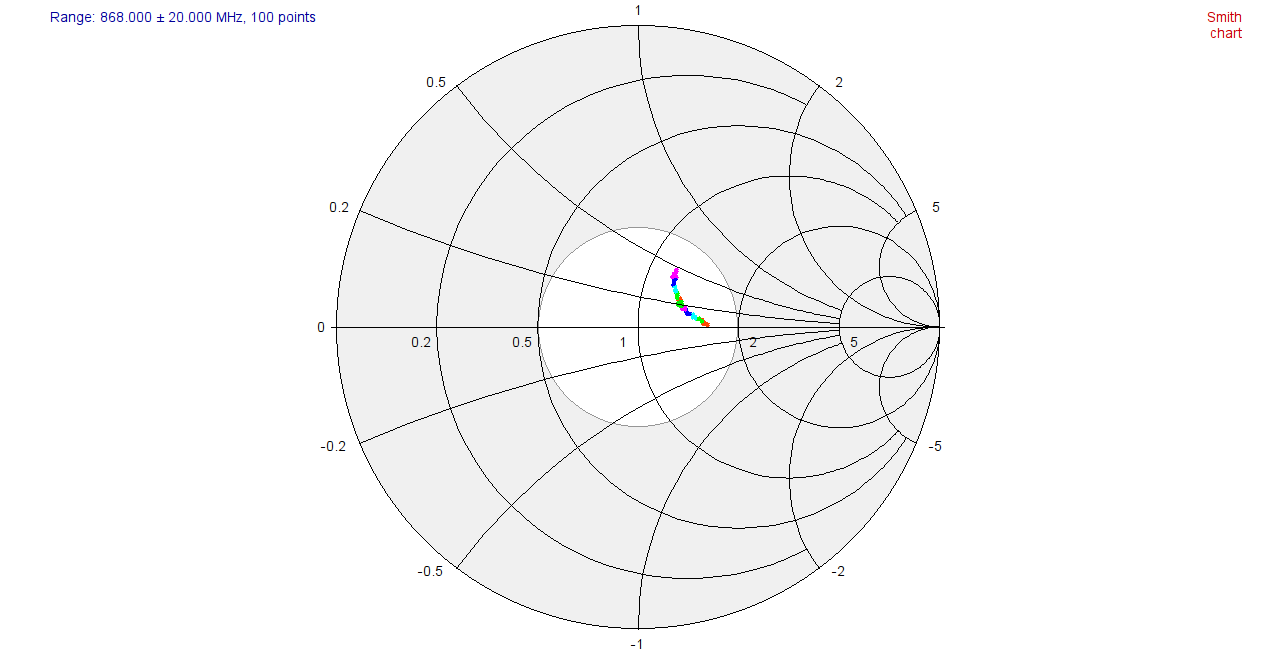 @Gig
For sure, but don’t forget that ICSP connector is not present on the board, so you need to wire the ICSP once the Mini is soldered on the board PCB, so, big pain in perspective.

That’s why I’m flashing with Optiboot my Arduino Mini once received with this custom ICSP/FTDI programmer shield and PogoPins. 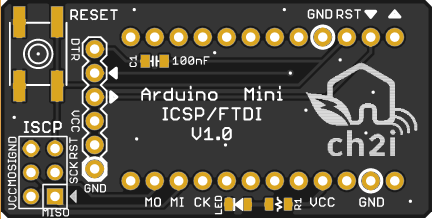 You can get it there on PCBs.io, tested and working

github repo of the adapter with build files, schematics and bootloaders

nice work.
could you please tell us what PogoPins you used (link?) and it would be nice seeing a picture of an assembled board
thanks

Note: The color of the item may vary slightly due to photography and your own computer Feature: The spring Test Probe Receptacle is used for insert test probe, so, it let you easy to replace the test probe when it has problem after the life time...

I’ll take a picture, I’m at the office right now

nice work.
could you please tell us what PogoPins you used (link?) and it would be nice seeing a picture of an assembled board
thanks

@ursm
Updated the github repo for the ICSP programmer with some pictures, but looks like this

In the meantime, I’ve just received V1.1 of MiniLora PCB, classic and groove, need some testing 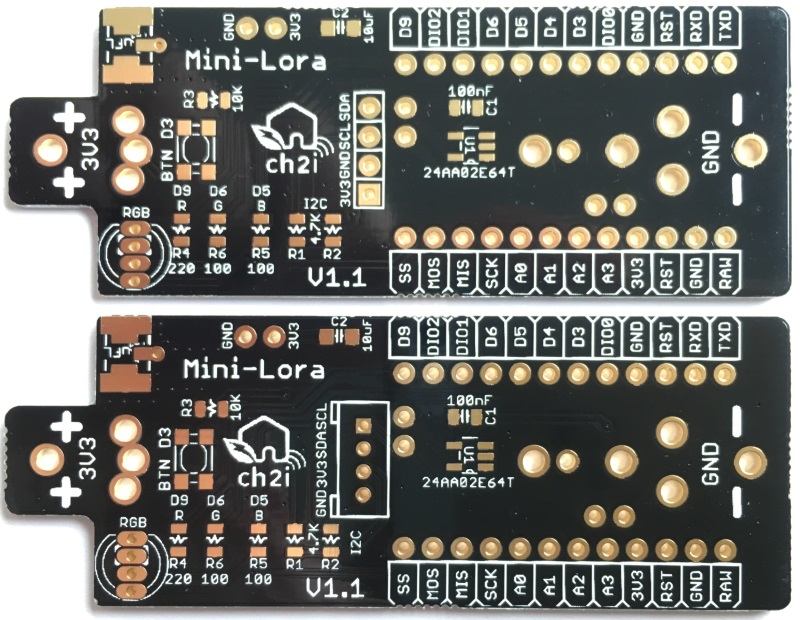 Just to let you know I’ve just released the Mini-LoRa files (Schematics, boards, pictures,…) on github.
Check this out here
If you like, don’t hesitate to star

with matthijskooijman/arduino-lmic, the BME280 (Glenn Tyler) and Voltage measurement published above (thanks @Charles) and low power sleep I’m at 29126 bytes (94%).
It’s sad not able to add the Multichannel Gas Sensor (MiCS-6814) which library needs at least 8kB 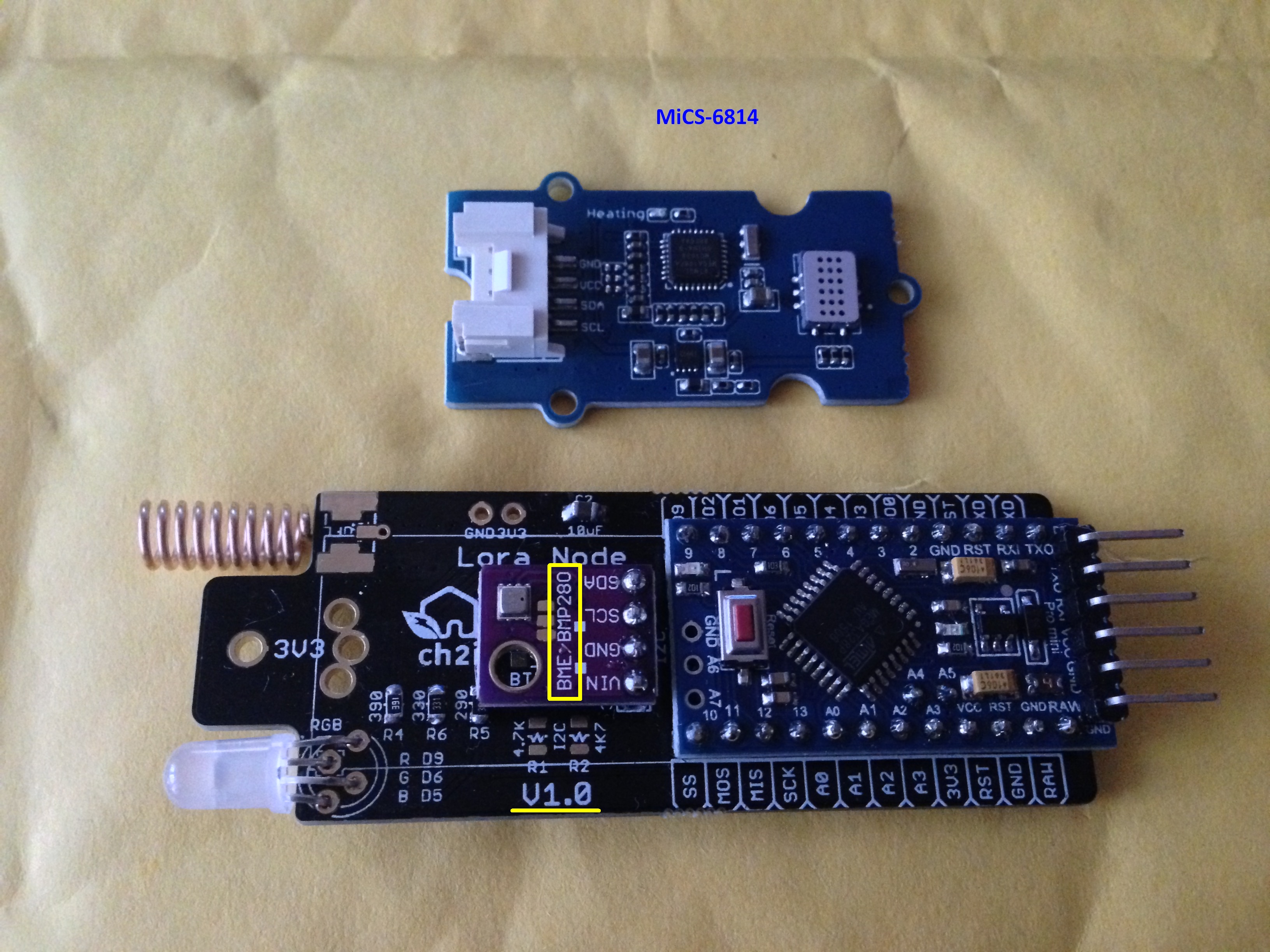 Next will be running it on battery (clips just arrived) and measuring current.

For information, adding BME280 code to my lib increased 700 bytes (including sending BME280 payload to TTN). Of course I already got I2C sharing reading/writing register functions for other I2C devices, so I’m cheating a little.

8Kb for a sensor library is just amazing, just took a look onto it, using float calculation and math pow function are consuming. Library fitted with also lot of print, I’m pretty sure you can tweak it by a 2 factor, I could try but does not have this sensor to test
A good sensor for Mini Lora grove version

8kB is with stripping all Serial.prints

Your device sensor (very interesting) has an Arduino (ATMega168) on board with a firmware (updatable).
When I compile the firmware, 32% of sketch size

Take care that firmware on the board is far from Low Power, no sleep mode used when sensor is doing nothing

the command powerOff does not reduce current.

@ursm
this size if for total sketch not only the library, since it contains float management and arduino core, it’s not only library.

3148 bytes used by Arduino core, so may be lib is more like 4K than 8K, but still too much for an I2C device

And for fun, adding I2C library (wire), 4642 bytes, so definitively Gas lib should fit with some tweaking

Do you have some examples of how you are entering and resuming from sleep in the LMIC library between measurements?

Doesn’t necessarily need to be with your cut down code but I’d be interested to see an example even with the base library. Thanks for all the great boards!

All is done in loop, with LMIC events callback and a global flag (timetosleep) to indicate the sleep mode needed.

Of course setup need to start lmic and join, on joined I fire a LMIC timer to send first packed 10ms later. then on packet sent (EV_TXCOMPLETE ) loop will go to sleep