I have a gateway in TTN v2, and now testing a device in TTS v3, and I noticed 2 things:

It seems the gateway is dropping the downlink? Is this related to the packet broker?

I would appreciate any help.
Thanks
Gus

Trying a Downlink, the device doesn’t receive it, so when I see the gateway’s live data, I see this;

Downlink data from V3 to a V2 gateway is not displayed in the V2 console. What you’re seeing is not related to a V3 downlink.

But downlink from v3 to a v3 Device via a v2 Gateway should work, right?

But downlink from v3 to a v3 Device via a v2 Gateway should work, right?

Yes it should. However I found not all devices firmware works correctly with the 5 second RX1 delay used by V3 and as a result your device might be listening for a transmission at the wrong time.
In the V3 “Live Data” view, what output do you see when the device uplinks? (Everything until the next uplink)
And what are the counter values for uplink and downlink? (Next to the last seen value with the arrows)

This is the live data just after join and sending first uplink; 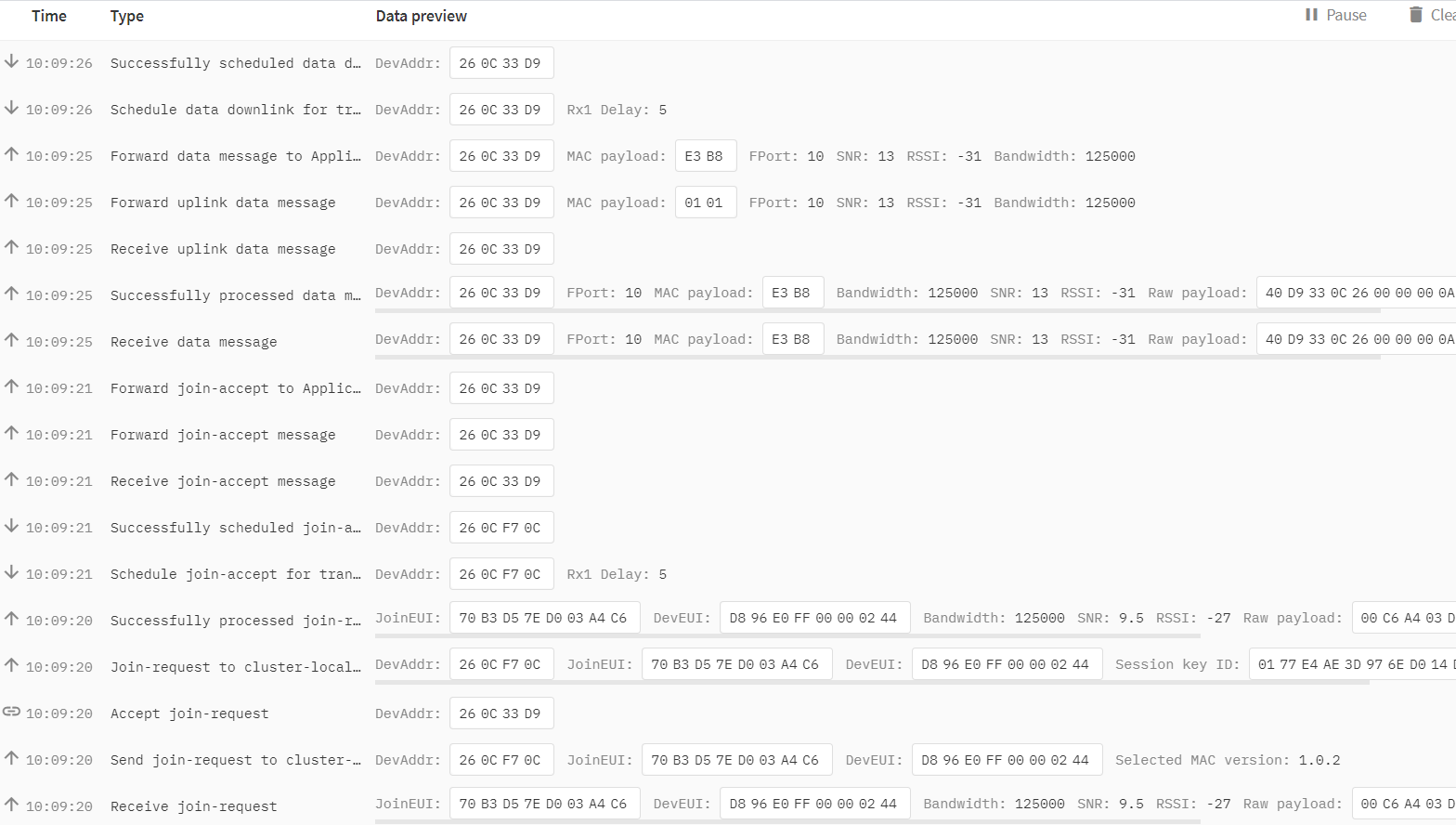 And this is after scheduling a downlink message, which actually was not received by the device after sending the next uplink; 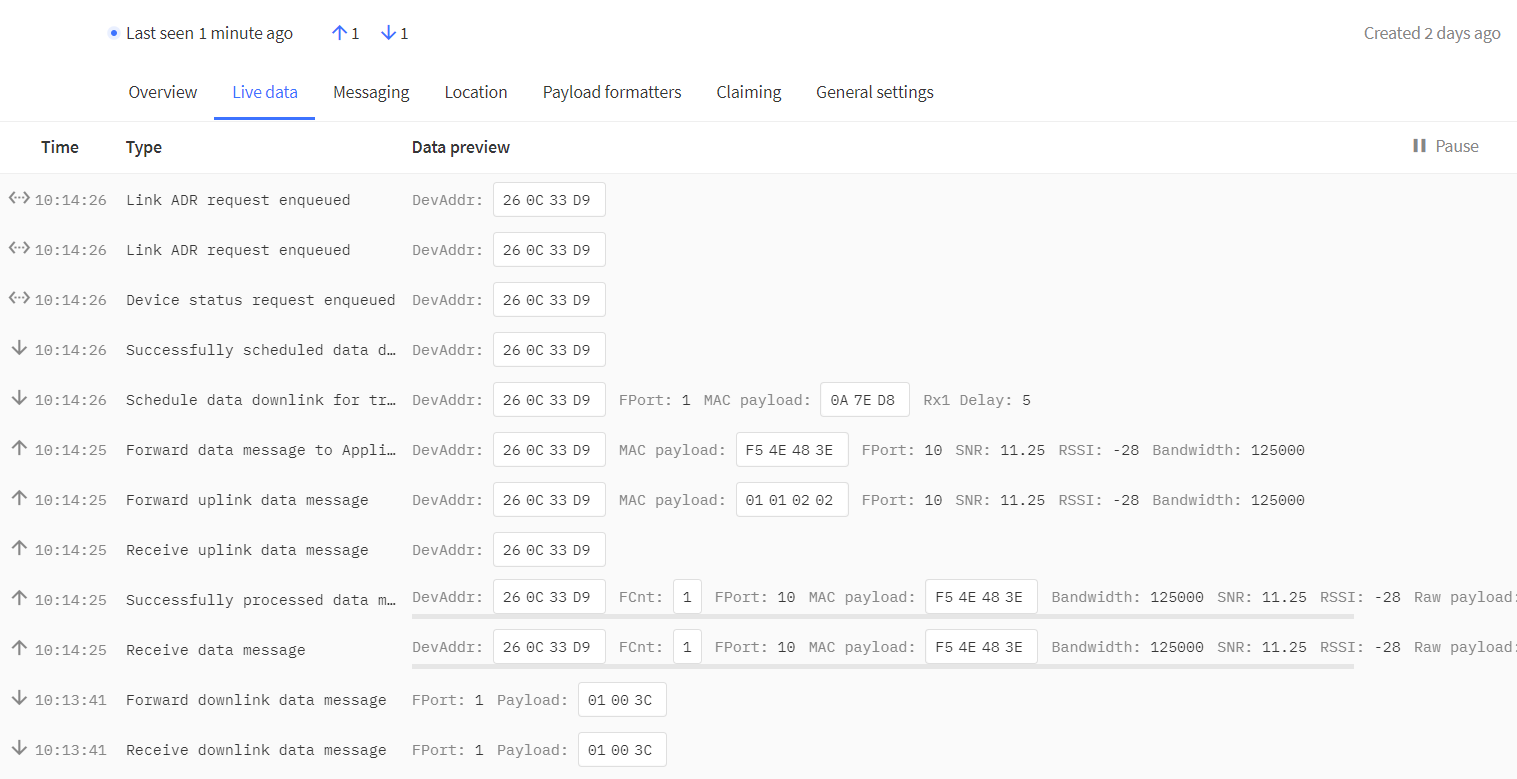 This is the device console (local terminal output from firmware); 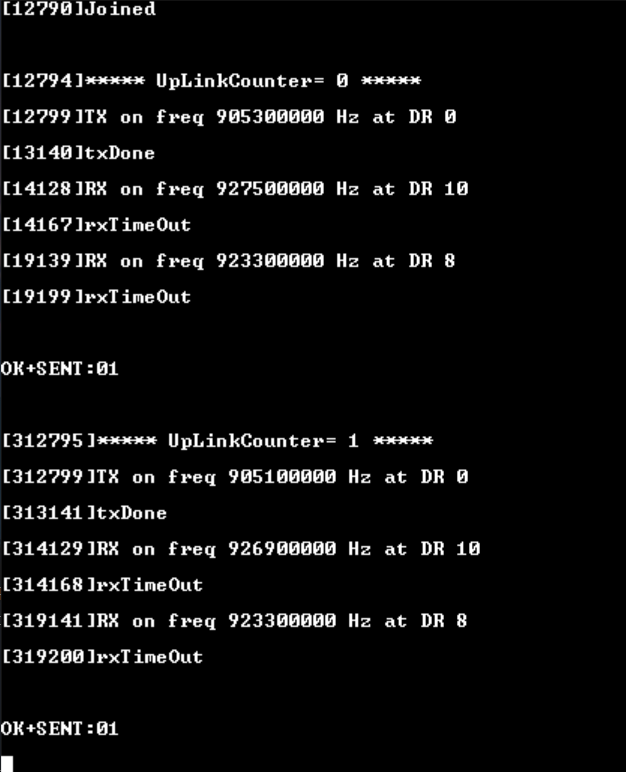 As you can see, join accept was received but after that, the downlink is not received…

I would appreciate any guide on this.
Thanks
Gus

Not actually…I see now that after almost two years, there are two updates in this year…
Thanks for the information. I will update that and re-test.

BTW, do you know of any forum or source of help for that repository? ASR Micro doesn’t seem to provide any forum for this open source SW. Also, I don’t understand why they include a library (not source code) in an open source project…

I appreciate your help.
Gus