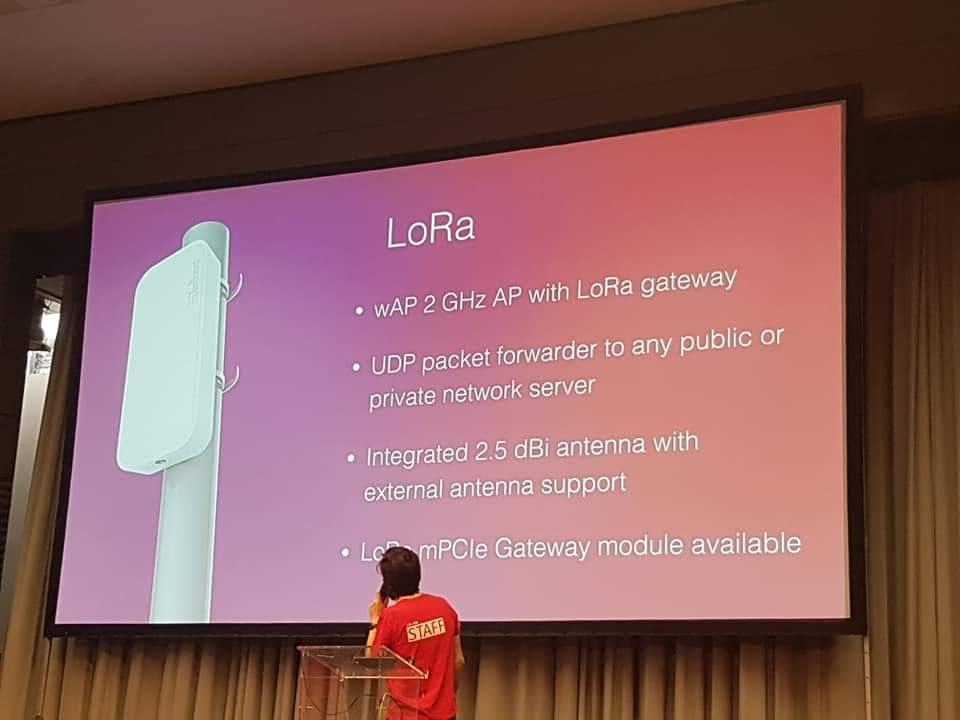 you have some more info ?

we will get soon from mikrotik

ok tnx… is it a new product… on their website maybe ?

2 Ghz… what frequency is that … and for which countrie(s) ?

Hi @BoRRoZ, I use some Mikrotik equipment. From the common Mikrotik modularity and naming I think that this is probably a 2.4GHz WiFi Access Point (wAP) that also has a LoRaWAN gateway capability via a mPCIe gateway module which can also be purchased separately. The LoRaWAN packet forwarder will be a Mikrotik-specific downloadable software package.
I use Mikrotik mPCIe cellular radios. They are very good and reliable at very good pricing. 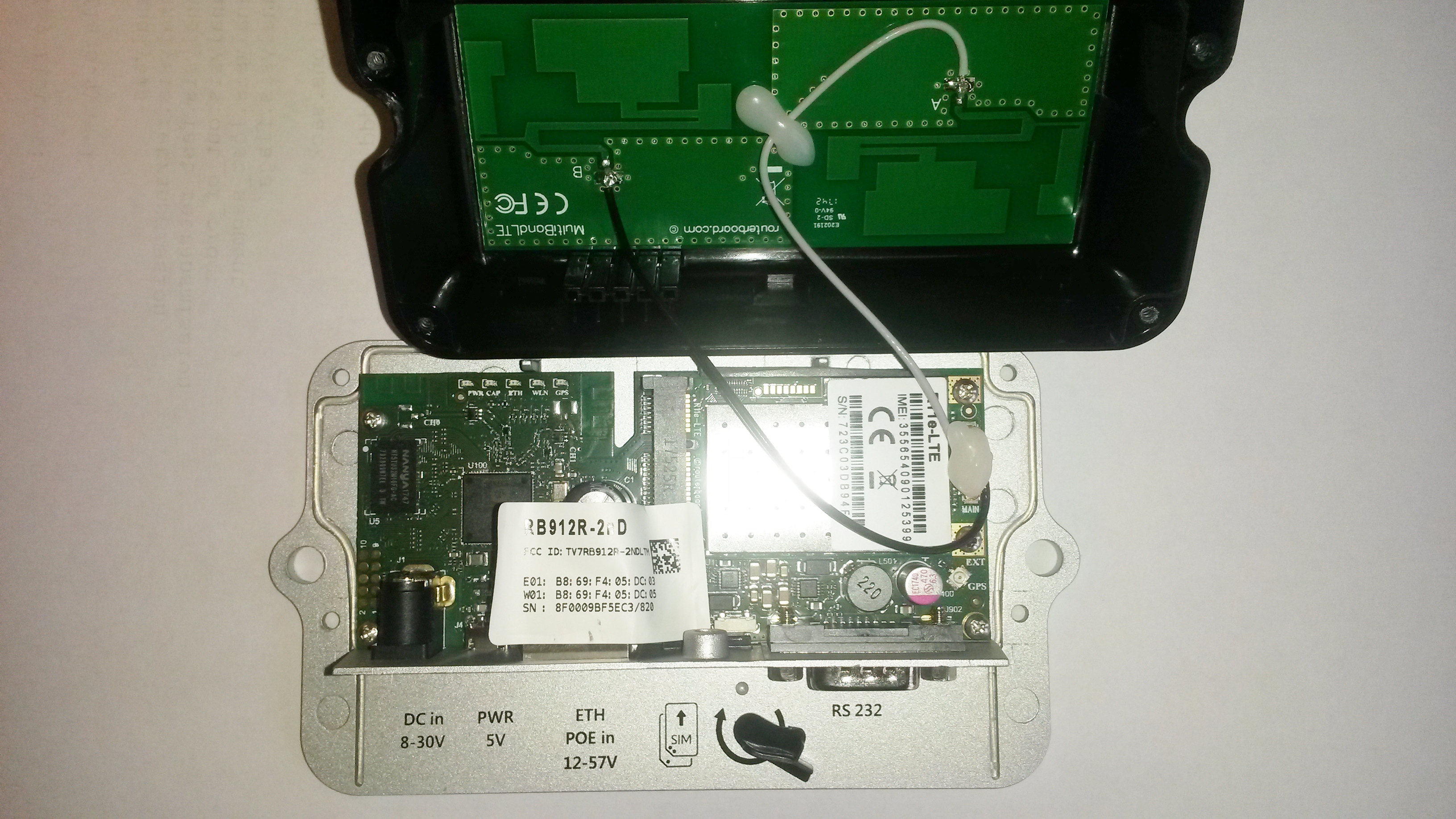 This is a Mikrotik LtAP opened up. The upper part in the photo is multiple PCB antennae; WiFi and multiband LTE. The main part of the photo is the “RouterBoard” (Mikrotik name/brand) IP router board with a Mikrotik R11e-LTE mPCIe cellular radio module.

It will be interesting if Mikrotik add LoRaWAN as Mikrotik and Ubiquiti seem to be the main suppliers to a lot of small telcos and community networks. 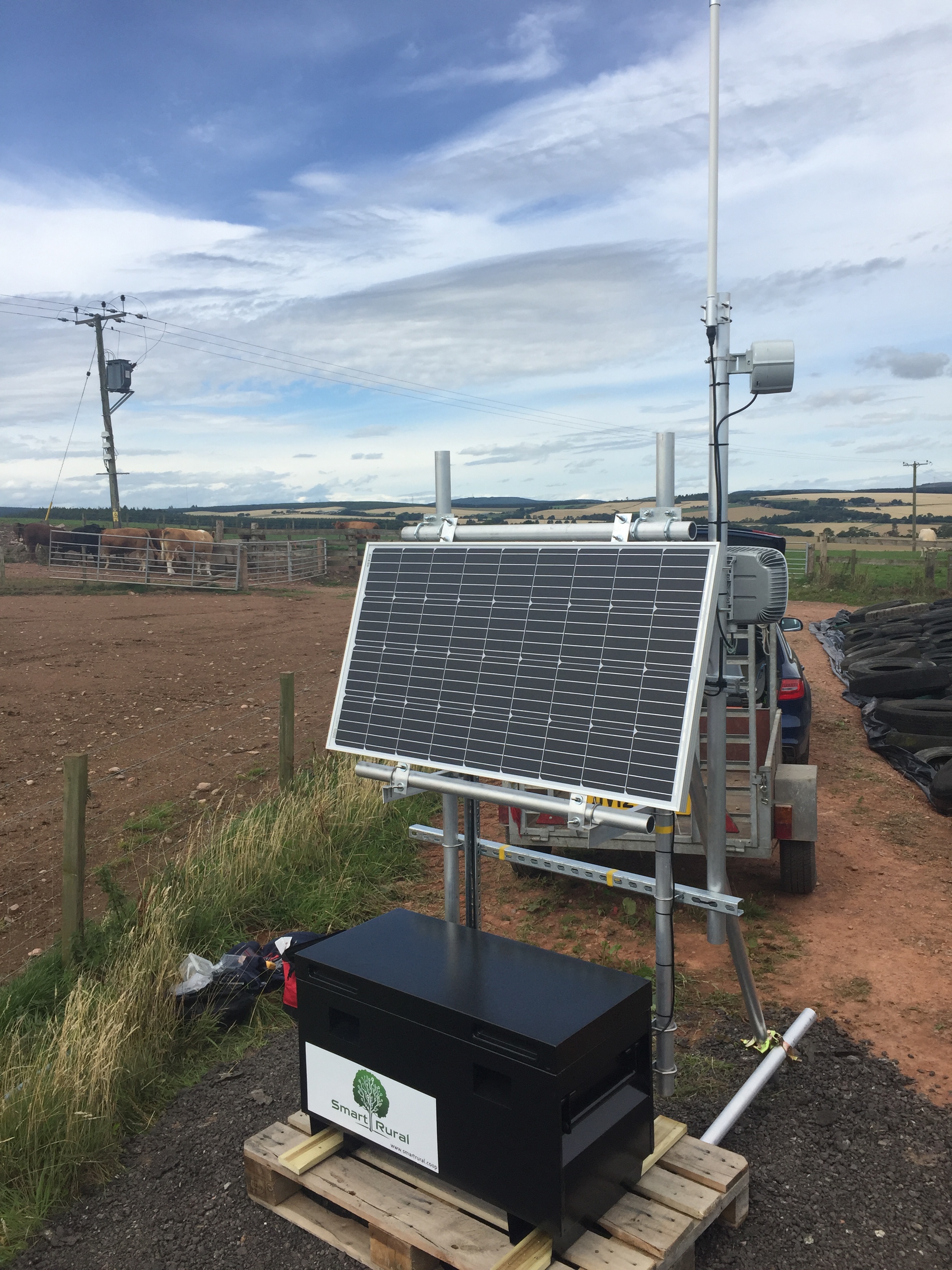 This is typical of the small Mikrotik systems that I use. This is an off-grid LoRaWAN/TTN system on a farm in the North of Scotland. The small radio 1/2 way up the pole is a Mikrotik outdoor IP router / cellular radio that provides the TTN gateway backhaul. I have a lot of these outdoors in bad weather and they just work.

I have been using Mikrotik routers since years…

On the plus side, they are inexpensive, loads of features and rock solid.

Downside is that it is closed source, and they are stubbornly refusing to release an OpenVPN package that uses UDP…

So it is a bit mixed feelings, but I tend to stay away from these when I can opt for an Open Source alternative…

The LoRaWAN TTN base station and Mikrotik backhaul (this topic is about Mikrotik!) together consume a constant load of about 0.5amps = 6watts.
Plenty of power for 8 months of year but marginal in North of Scotland during Nov/Dec/Jan/Feb due to periodic low-pressure weather systems leading to 5-7 days with zero sunshine. I will add a second battery to take capacity to 200Ah before next winter. The box has space for up to 300Ah of battery capacity.
The Victron Energy controller cuts the power-supply to the load if the battery voltage falls below 11.2V to protect everything so actual available stored power is more like 80Ah. Power is restored when battery voltage rises past 12.6V. This recent winter saw 3 outages totalling about 5 days.

’ Plenty of power for 8 months of year but marginal in North of Scotland during Nov/Dec/Jan/Feb due to periodic low-pressure weather systems leading to 5-7 days with zero sunshine.

Thread topic not withstanding, thanks for sharing that info! I did think you would need big battery given locations and had guess atleast 120-150W panel - 160W, wow!.

For what its worth some of my own tests & deployments with solar and alternate GW’s (tried several) further south here in Thames Valley area and in N.West were similar in experience if not smaller scale on stats given lower latitudes! I don’t have to worry about back-haul direct at my test sites as have close proximity wifi connections for that so my average power was around half yours. Running identical rigs in Thames Valley and accepting more/longer outages (esp overnight/early hours before work day activities cut in) during winter periods I found I could get away with much smaller panels & battery but was setting battery cut off at ~10.2V-10.5v & restarts @~10.8 - 11.2v .in T.V. but same kit in N.West I had to allow battery to go down to ~9.2/9.5 with restart 10.5-10.8 (often saw hysteresis/oscillation as power controller would cut in and out over several minutes as start-up load dropped below cut off threshold at that level) or more practically at 10.8-11.2V if not on sunnier days. Don’t know if it was the repeated switching or the additional deep &/or sustained battery discharge that did the damage but the N.West experimental site went down permanently over winter and now have to replace the solar controller and replace/up rate the battery (2x) capacity. Was due to do that last week but other work and site access delays mean it will be mid March for restart now.

I realise that we’re drifting well off the Mikrotik LoRaWAN gateway here. We’ll have to be careful or BoRRoZ will kick us out…

Three follow-ons to the discussion:

I wouldn’t worry about @BoRRoZ - he’s pragmatic not, as some might accuse, malicious!

(ok like others he can be a bit ruthless

) and likely (and poss best option?) is perhaps we kick of a ‘Solar Power Sharing’ thread in same way as there is one for 3D Printing, Toys for Tinkerer’s, etc.? Will look at that later tonight if I get time and we then link these stats across…along with other historic posting data such as e.g. from Laird GW related threads, power consumption tests, etc…

As i remember: In the live video of the product presentation he talked about “very competitive price even against DYI solutions with RPI” I assume this video will be aviable as soon as processed on the mikrotik channel. https://www.youtube.com/user/mikrotikrouter

Much much more affordable, he promise…