Hello since yesterday I do not get any data. Only this activation 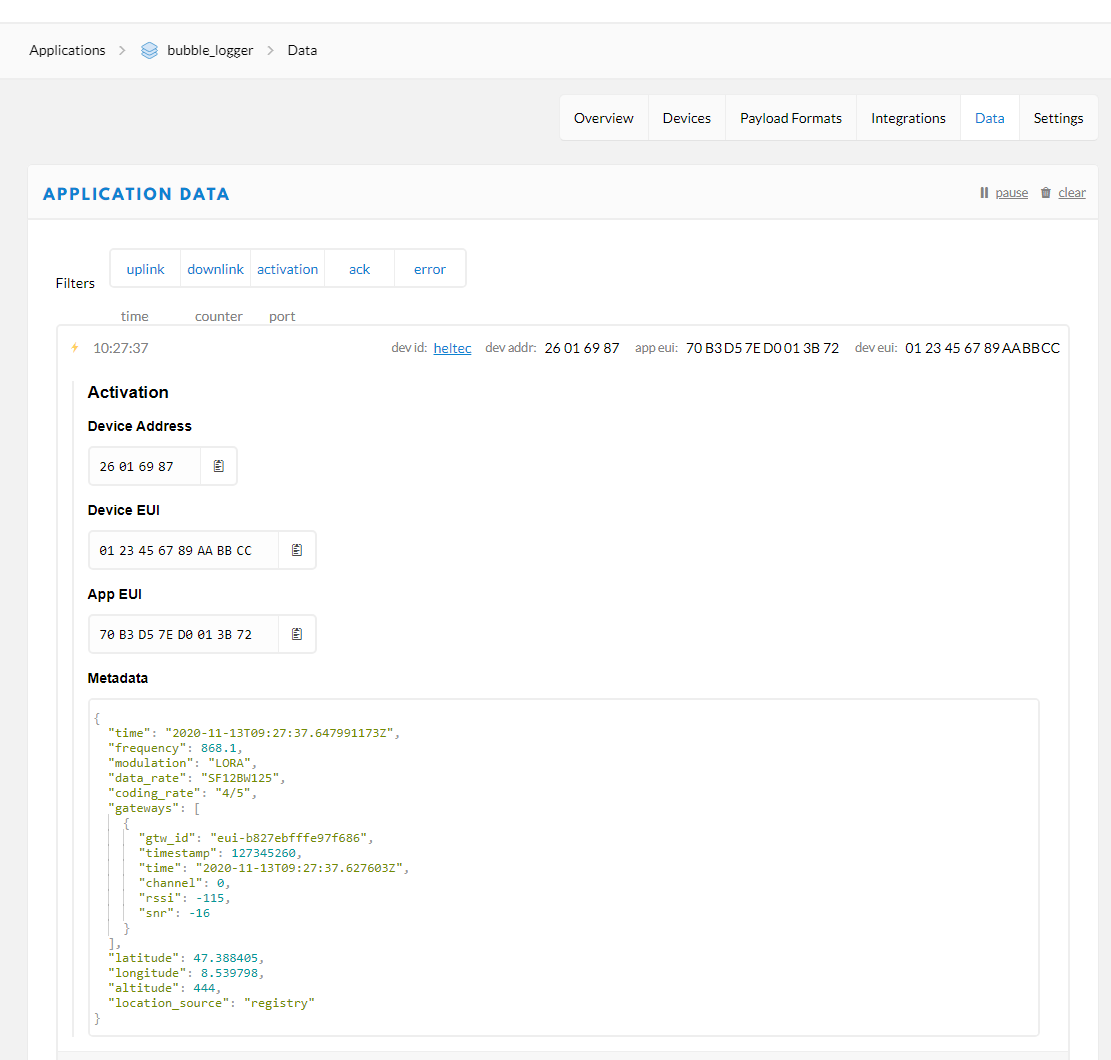 The sensor was running for years. I’m not sure what the message means. How could I find out why it is not sending data? Has the joining failed?
Any support welcome.
Sergio

The sensor was running for years

Maybe it ran out of battery, the battery recovered enough to restart, it managed a join before the battery died again.

Hello descartes. I have pluged it in with a USB adapter. Power is not an issue…
Thanks anyway
Sergio

How often does this device perform the join? Perhaps it ran out of unique join attempts?
Does the network send a join accept?
What software runs on the node?

Signal also appears a little low at rssi -115 and snr -16. Perhaps the node is not receiving the join accept (if any is sent).

Where is the node relative to the gateway? s

Is the gateway yours? Could it be damaged? I had an incident with very low signal strength on my development test gateway the other day, looked down and realized the antenna cable had popped off the LoRa concentrator card.

Do you have other nodes operating normally through the gateway?

It may be that you’ll need to get some meaningful debug output from the node, which could even require modifying its firmware.

Also look at the last packets you received (hopefully you saved them!). Was the frame count nearing 16-bit rollover? Where they coming in infrequently in a more sporadic way than they should have been beaning transmitted? Was there a time gap between the last application packet and the join? And as already asked, is the join repeating?

I have pluged it in with a USB adapter. Power is not an issue

Maybe now, but previously, could power have been an issue?

Now that you’ve plugged it in, does it join OK?

Sorry my english is not the best. I’m happy with any suggestions. I moved the sensor to another location and it is joining in about 7 to 10 minutes. It is a heltec LoRa. The Framecount was around 6000 not very high. I don’t have an own gateway nearby. The last activate message was from a gateway at the university in Zürich. Where can I find information about unique join attemps?
I installed lmic with arduino. And yes the signal is quite low there were I use the sensor. Maybe it is just the bad rssi, but usually it worked there as well maybe a near by gateway is out of order. I have another ttgo which had allready this PAX counter installed. This one joins in less then a minute on the same location.