1 - Node is TTGO LORA32 868/915MHz
scatch is provided in file main.cpp.txt
But the same issues we have with other kind of nodes we have tested

3 - screen shot show related request at device and gateway.
There is no difference if it is after restart of node or if it it after some times of running node.
As you can see from device screen the Join request is repeated after some time.
At gateway screen is repeated the both request join and accept join.
I opened the relevant request to the device screen based on time of creation.

The question from previous:
-What does clicking an Activation show you? At printscreen

e code (default example for OTAA activation) and only change app_eui, dev_eui to the setup for device in CRA LoRaWAN everything works.
We are in situation that we want to use a community LoRaWAN network TheNetworkThings from reason that the idea of TTN is close to our mind. We want to be independent from commercial provider, open for local communities.

I am working at University UJEP and we have access to the founding for increasing of the nr. of gateways to cover almost all Ustecky Region in Czech Republic. We have ideas for sensors which we can provide to our partner in the related project, number of sensors could be hundreds almost immediately (electricity presence 68, flooding and dry sensor for Ustecky kraj - cca 100, CO2 measurement in school room 200+ etc.).

-Are there other gateways in your neighbourhood? Right now I am located at home a there is only one gateway. At University we have cca 4-6 gateways at the University building. 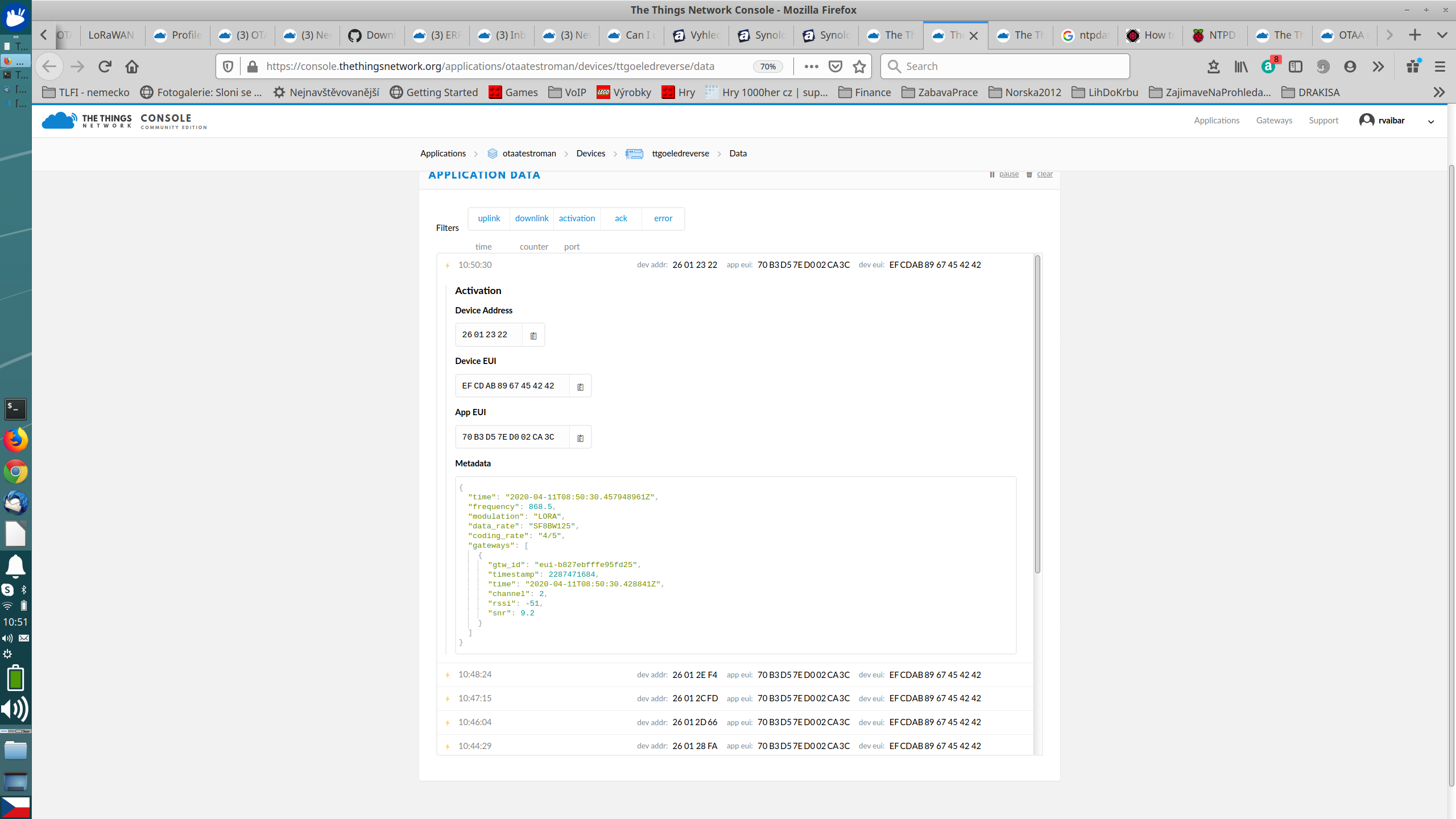 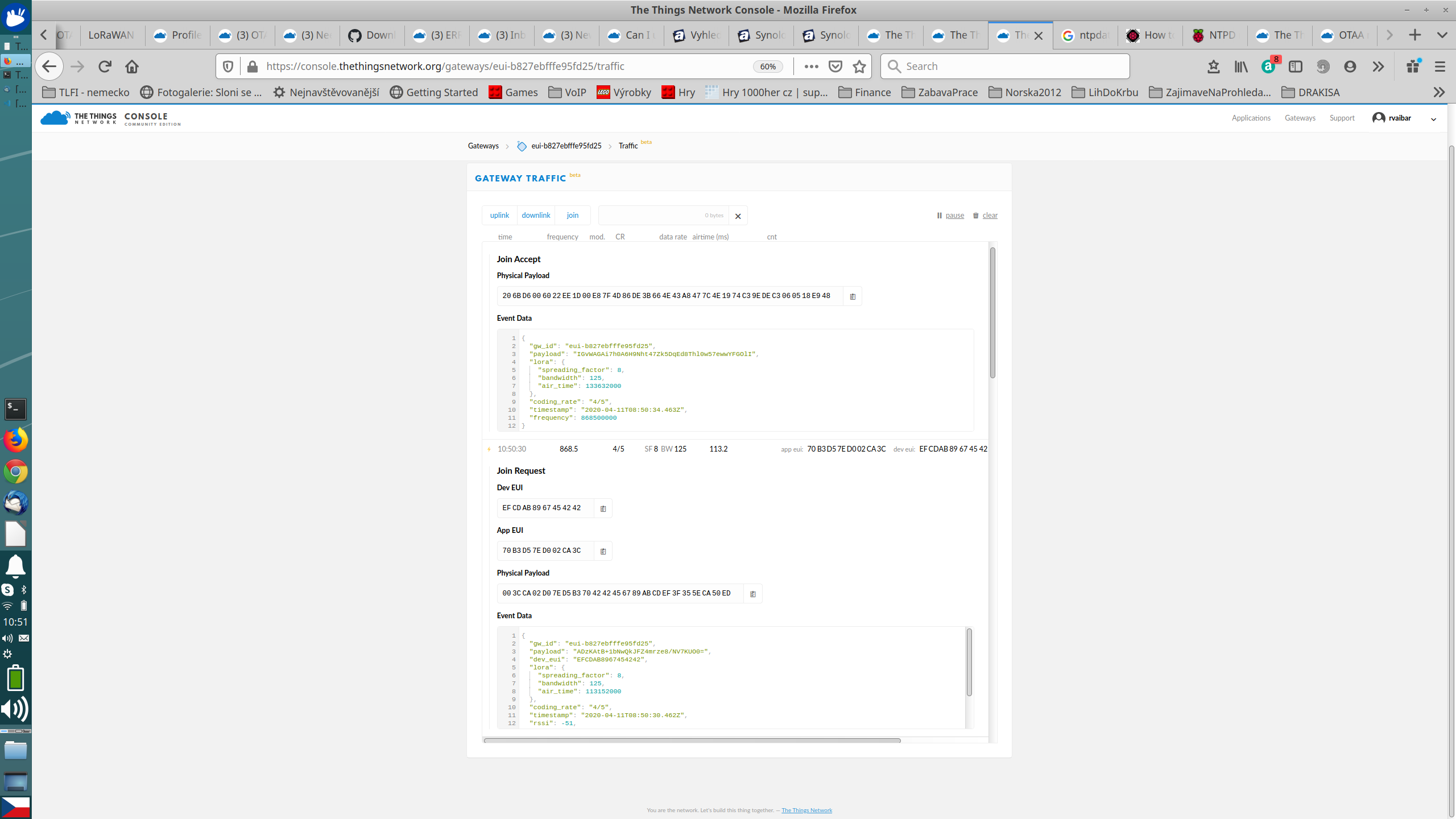 Check your networks as it looks like the gateway is not receiving any data from TTN. You should see:

Notice the 100%. Your log shows 0% which means the return packets from TTN are not received by the gateway and as a result downlink (required for OTAA) will not work.

Fix that and your nodes should start working as expected.

Thanks a lot for your effort.
I find that at gateway was running the openvpn which do something strange. In case when the openvpn services is stopped then everything works.

Thanks for the follow up.
Good that you were able to find the origin of the problem.