same amount in Taobao but in RMB

I can speak very little Chinese, like buying food and ask for direction. I used Google translate all the time and re-read the translation (the pin ying of course) so it makes sense before I hit the enter button!

For the Smith abacus, you forgot to put the marker on the right frequency
I forgot about that but I did a trace along the path it is as what I have mentioned.

The USB VNA really helps because I used to purchase lots of antenna and to test them I usually put them on top of the roof to get as much of LOS as possible. It also means climbing up and down the roof to test. Surprisingly majority of these antennas are craps and totally out of tune. So, the VNA really helps to filter out bad antenna before even testing them outside.

I did a search on that site … but

You should always search using Chinese words instead of English. That way you get what you really want. Those results with English are usually used as a bait for people out of China I guess (just look at the price, it’s high even for Taobao standard). Here’s a modified search of yours in Chinese. I basically translate the phrase “antenna glass” into Chinese and add 868MHz at the back. Once you see something you like but want to see more of these, mouse over them, there’s an option of “find similar”. It’s sort of like an art. Unless you are searching for rock band T-shirts, very less likely your English phrase search is useful!

will this Aomway 915MHZ 933MHZ 3dBi 50ohm T Type Spring Spiral Antenna SMA RP-SMA For rxReceiver. I am testing simple dragino + arduino on 915+ mHz indoor. I am a total newby to all this. Here is the link. https://www.banggood.com/Aomway-915MHZ-933MHZ-3dBi-50ohm-T-Type-Spring-Spiral-Antenna-SMA-RP-SMA-For-rxReceiver-p-1126186.html

Could you tell it where it’s from? I bought a new replacement gateway and am in the market for a cheap antenna, this seems to fit the bill. A link would be nice, as I can’t find it, though I tried multiple. The only one I found are these ones, might go for the black one (2nd link):
https://world.taobao.com/item/543624922369.htm?fromSite=main&spm=a230r.1.14.198.ebb2eb23yW9AB&ns=1&abbucket=6#detail

Here’s the shop. If I post the product page directly, somehow the URL contains information related to my account and when you click it, it will be invalid. It’s a tiny shop, so should be easy to find. And also, depending on your region, they might redirect you to the world subdomain of taobao,com. Certain product can only be seen on the China domestic market, so it will complain product doesn’t exist.

Thanks a lot. For the other people I think this is the 1.2m variant:

Wow, this is really dirt cheap. Keep us in touch when you try them out! 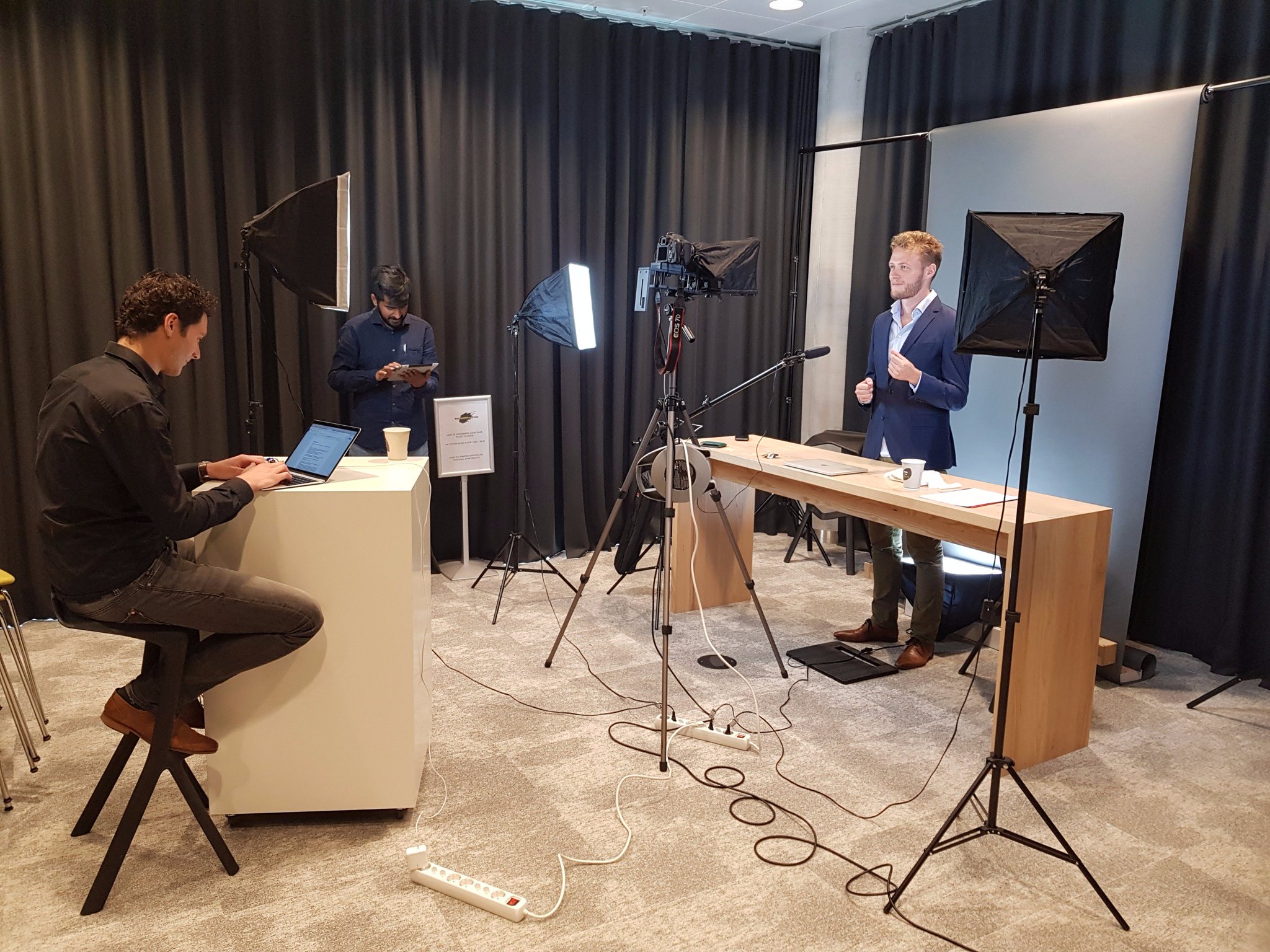 Super excited to announce that we started the development of an Open Course, about #LoRaWAN. Movie time! #MOOC #LoRA #IoT #LPWAN

Part of the course is about Antennas. Does anyone has or knows good resources explaining the fundamental basics about antennas? People following the course should be able to understand it without prior knowledge. The format doesn’t matter, it could be a paper, blogpost, Youtube video…

This is the best document I found so far for understanding antennas and their specifications:
an-00501.pdf

I have found an antenna in the DeLock portfolio.

It is also not expensive. I paid about 23€.
In the specification a frequency range from 698 - 960 MHz listed. Thus the antenna should also be suitable for LoRa gateways.

Has anyone already experiences with this antenna?

I have ordered an antenna yesterday, but I did not have the equipment to test the transmisson quality.
Are tools or software available to perform simple comparison tests?

Going by the specs it doesn’t seem like a particularly useful antenna for 868MHz. Its gain at this frequency even seems lower than what should be theoretically feasible for a monopole. It’s probably a very low-cost multi-band antenna prioritising coverage of the wide cellular frequency bands in stead of gain at a particular frequency. It will be usable, but it will be far from good.

Antenna VSWR can be tested easily, but testing antenna gain is quite difficult. You need a lot of specialised equipment, not to mention a RF anechoic test chamber. Poor mans gain test would be to measure the RSSI levels of a fixed node in LOS of an antenna with a known gain, and then swapping this antenna with the one to be tested and compare RSSI.

Poor mans gain test would be to measure the RSSI levels of a fixed node in LOS of an antenna with a known gain, and then swapping this antenna with the one to be tested and compare RSSI.

Indeed that the way I found out that one of my homemade antenna’s was a real horror.
My story on that : http://www.ph2lb.nl/blog/index.php?page=lora-measuring-antennas 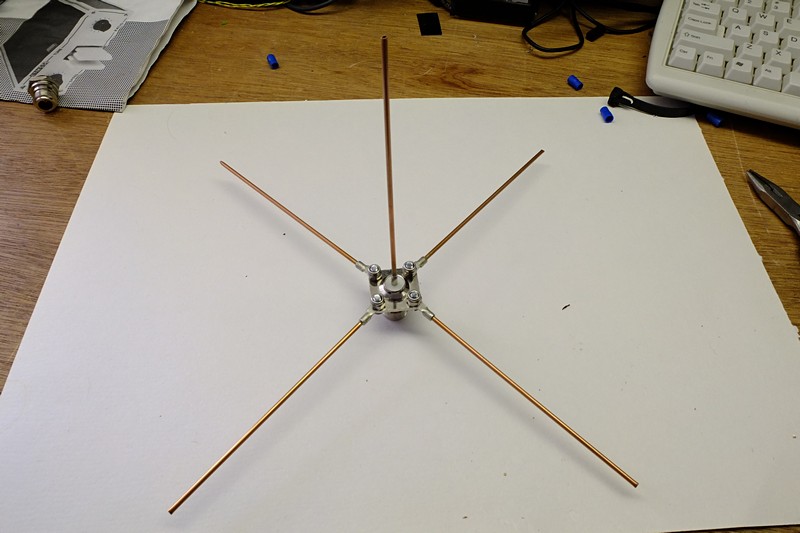 and if you’re not that handy its available here 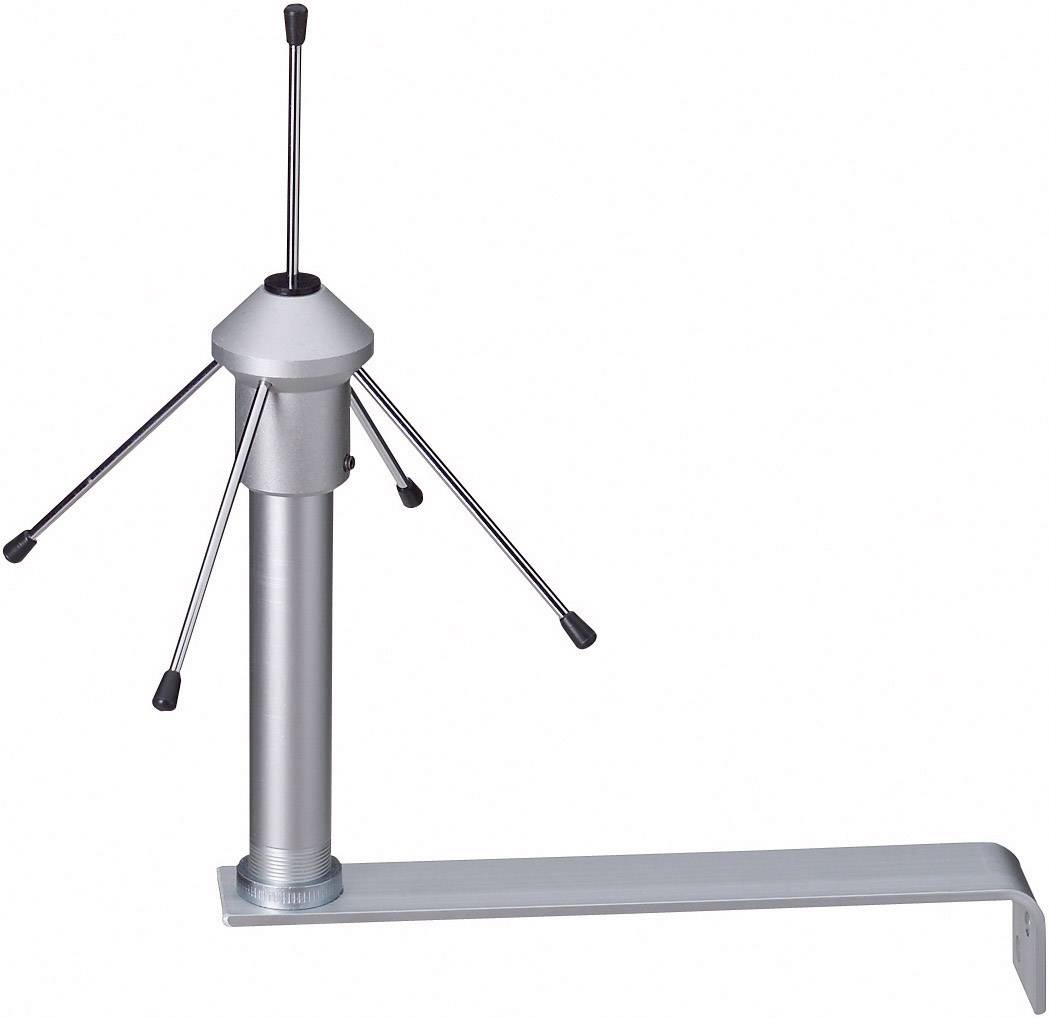 question … what’s the influence of the radial angle

The radial angle influence the take-off angle and the impedance of the antenna.

* question … what’s the influence of the radial angle

It changes the impedance of the antenna. 45° yields around 50 ohms.

It should also influence the selectivity/bandwidth of the antenna a bit.