I’m thinking of using a TTGO T-Beam to track the position of my car.
I would therefore like to ask, what is the best way to do this at the moment?

So far, I have found these two projects: 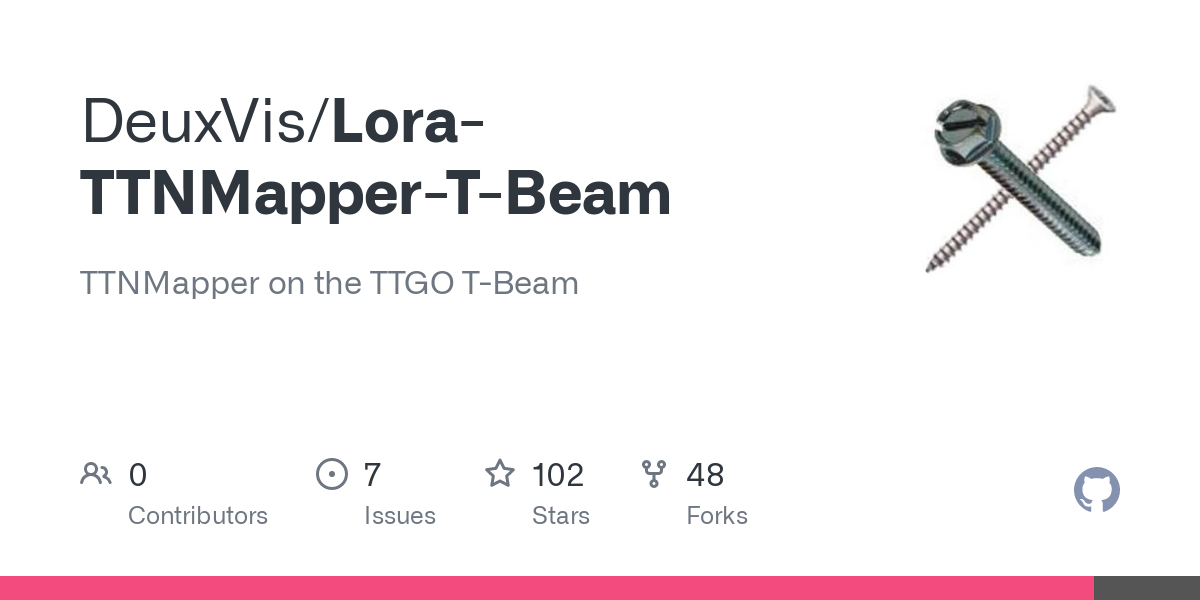 TTNMapper on the TTGO T-Beam. Contribute to DeuxVis/Lora-TTNMapper-T-Beam development by creating an account on GitHub. 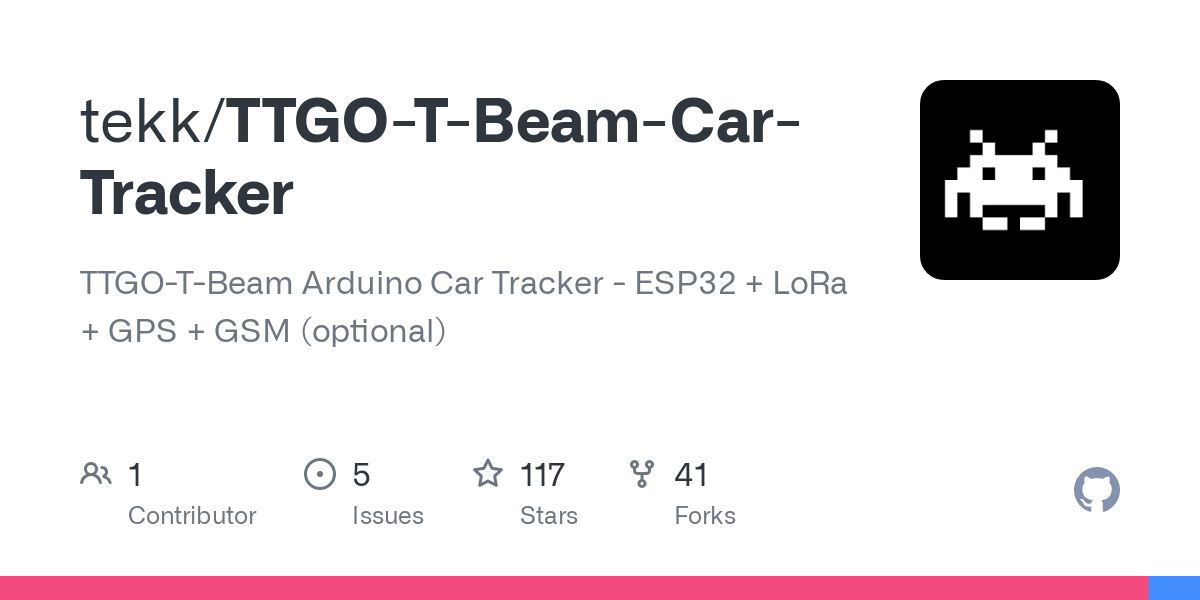 Which one do you think is better? Or should I use something else?

Or should I use something else?

GSM or an SD Card.

Route tracking requires far too many uplinks to stay within the Fair Use Policy and rather presumes you are in range of a gateway, which doesn’t really have anything like the coverage of the mobile networks.

But then you may have a use case that hasn’t been done to death on the forum already - what did you have in mind?

Thank you for answer.
I mean car security. I want the tracker to send the location once in a while so I can check that the car is in the right place.
If the car is lost, I can find it.
I know there are limits to the fact that LoRaWAN network coverage is not 100%.
I’m getting acquainted with this technology and this is a use case that sounds very good to me and I would like to try it.
This is not a professional application where I need maximum reliability.

I want the tracker to send the location once in a while so I can check that the car is in the right place. If the car is lost, I can find it.

Not sure I understand that - you could just have a movement detector to alert you that the car has moved. And unless you live in some high crime area, it’s not going to happen very often.

I’m getting acquainted with this technology and this is a use case that sounds very good to me and I would like to try it.

I’d highly recommend starting with a simple sensor as there’s a fair number of moving parts to this sort of project.

The TTNMapper code is a bit TTNMapper specific. The other code would be a good starting point, bearing in mind that it will be coded for v2 and we are on v3 now,

@roelwolf made a fork of LMIC-node with support for GPS that is tested on the TTGO T-Beam v1.0 board and should probably also work on T-Beam v1.1 (latter is an assumption).
You can find more information about it here: LMIC-node | One example to rule them all - #20 by roelwolf

Note that the GPS extensions are not documented. You will have to check the source code.

Looking for a data sheet for the TTGO T-Beam V1.0, I have searched but Google cant help me, or did I ask the question incorrectly to Google?

Thanks I did find Xinyuan repository, looking for interrupt pin, Vbat, onboard led … long time since I read circuit diagrams

After some time of absence I picked up on platformio / paxcounter again and bought a Liligo module on Ali.
For some reason I am unable to flash this unit on my mac. “A fatal error occurred: Failed to write to target RAM (result was 01070000)”
On windows it works.
This unit is a T22_V1.1 and from what little info I can find on the web it is not compatible with M1 mac or Big Sur. I tried it on both an Intel and an M1 mac but both fail. Can’t seem to find anything on that in this topic apart from @bluejed ranting on V1.1 with 1276/1262 chips. So here’s my addition to that. Stay away from V1.1 if you own a mac. 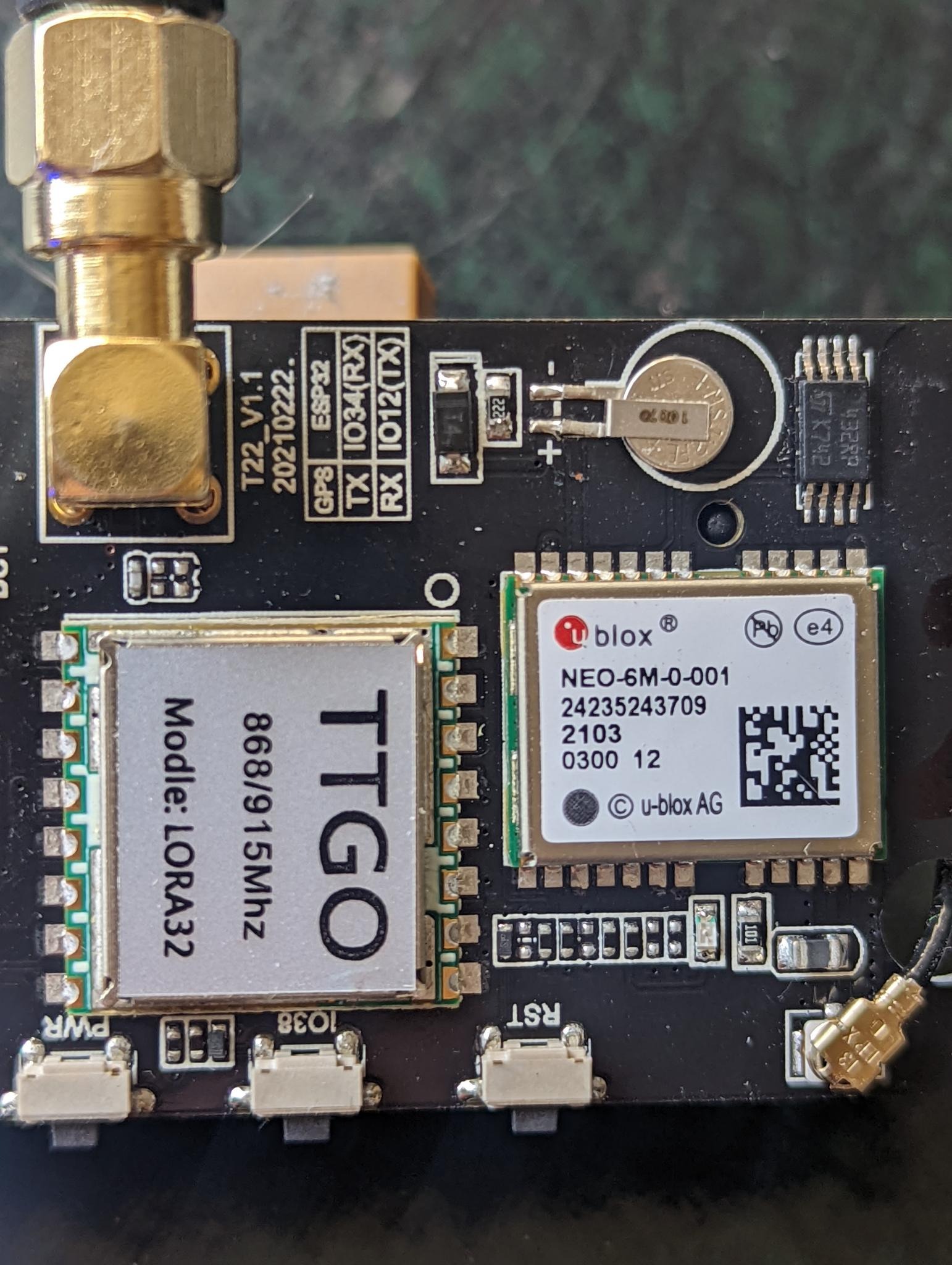 It will be interesting to know what the actual cause is here.
It is less likely that this would only occur with TTGO T-Beam v1. 1 and not with v1. 0 or any of the other (ESP32) boards.

My other boards flash without problems.
Heltec, Tbeam and a Lilygo.
It looks to be a driver issue.
I’ve just installed the CH34XSER driver from this page but no success yet.

You have tested both on Windows 10 on Intel?
And on two different Mac’s, one Intel and the other Apple M1 based?

Aha, two different hardware versions, but both with the same version number v1.1.
If no hardware differences then there would not be a reason to change the date.
If a reason for changing the date then the version should have been changed also.
Bad practice but from LilyGO I’m not surprised about this.

So apparently something has changed but what?
(As usual LilyGO will probably leave that up to the customer to find out).

In the linked discussion the problem was solved.
What is different in your situation from that of the discussion where it was solved?

Are PlatformIO versions identical on all three of your OS/CPU combinations?
Is the ESP32 Arduino Core (‘platform Espressif ESP32’) version (and esp tool) identical on all three?
Possibly differences in Python versions and/or how they are installed? Although this appears less likely because for the 2019 T-Beam it seems to work.

You have tested both on Windows 10 on Intel?

And on two different Mac’s, one Intel and the other Apple M1 based?

For the 2019 T-Beam uploading/flashing from within PlatformIO works on all three OS/CPU combinations?

Works on Windows 10 Intel but fails on both Macs. Old and new mac, Intel vs M1.

What is firmware_ttgotbeam_v3.2.1, is that Paxcounter?
Yes, latest. Compiles and uploads without problems to my other boards - Heltec V1 & V2, TTGO and the other Lily.

Yes I tried that and it also failed. Even the simplest empty sketch crashes with the same fatal error.

Indeed the other thread reported the problem as solved so I guess I should retrace my steps. I’m suspecting that the driver install was somehow not ok. I’m unsure if there is a hardware difference or that I am somehow wasting everyones time here.

To come back to your remark about my older post about SX1262 based T-Beam:

On SX1262 based T-Beam images on the internet the sticker on the LoRa module clearly shows SX1262 on the bottom, your’s does not so is most probably SX1272.

BTW, IIRC I haven’t seen any posts on the forum where someone mentions they actually have a SX1262 based T-Beam.

I hope this is helpful to anyone trying to get a simple example working.