I have a TTOG that was working as expected initially but recently stopped showing complete traffic in the gateway console. The gateway console does show join accepts, but nothing else after the initial join. It used to show Join Requests and Accepts and then all traffic but now there are no join requests or traffic shown. The Application Data console displays data normally.

I also have a TTN Indoor Gateway that predates the outdoor gateway and that has functioned normally continuously, i.e… it displays join requests, join accepts, and all traffic in the gateway console.

Any suggestions for how to restore the outdoor gateway to its original behavior? It has been turned on and off numerous times but nothing has been changed in the device settings.

Turn off the TTIG to prove this

ok, I know that there are differences with how its represented on the gareway console - there are some comments in the TTIG thread on here, regardless what the gateway consoles show, if you view each connection via the application console do you see the same connection steps? 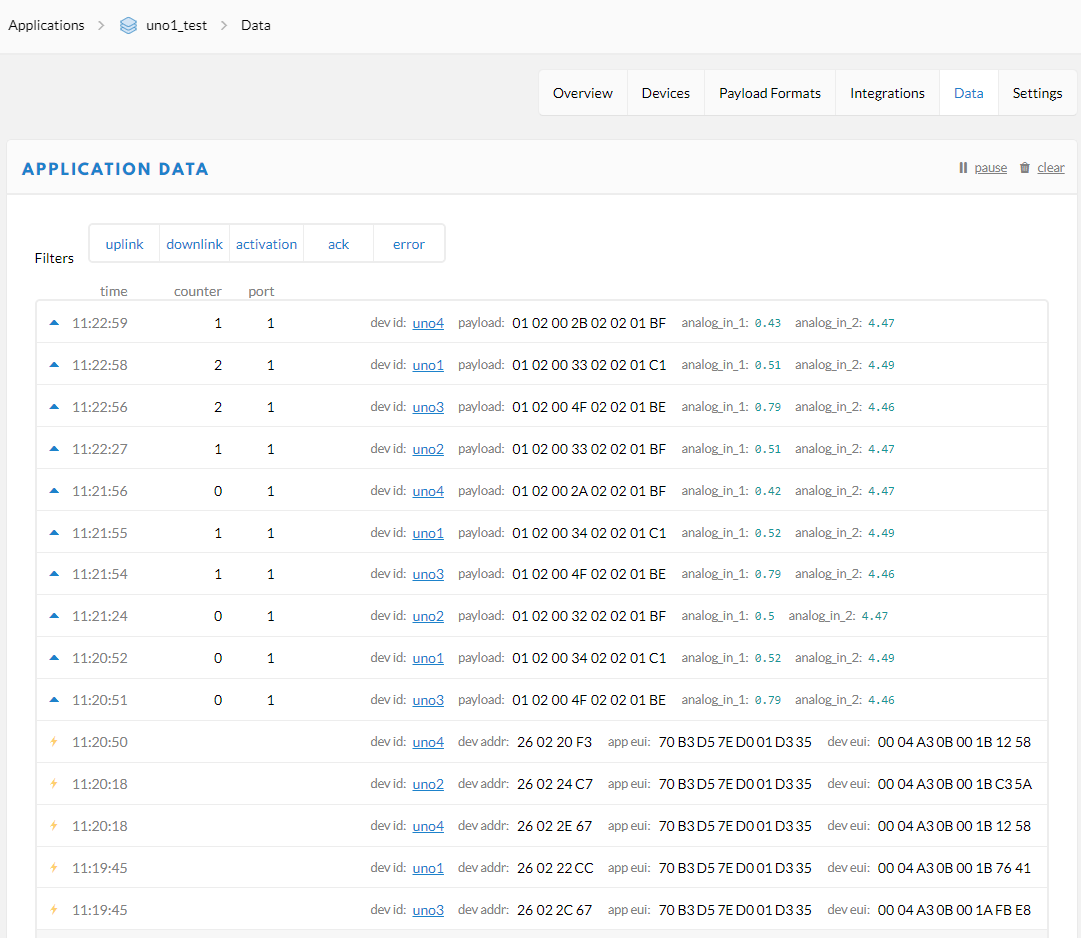 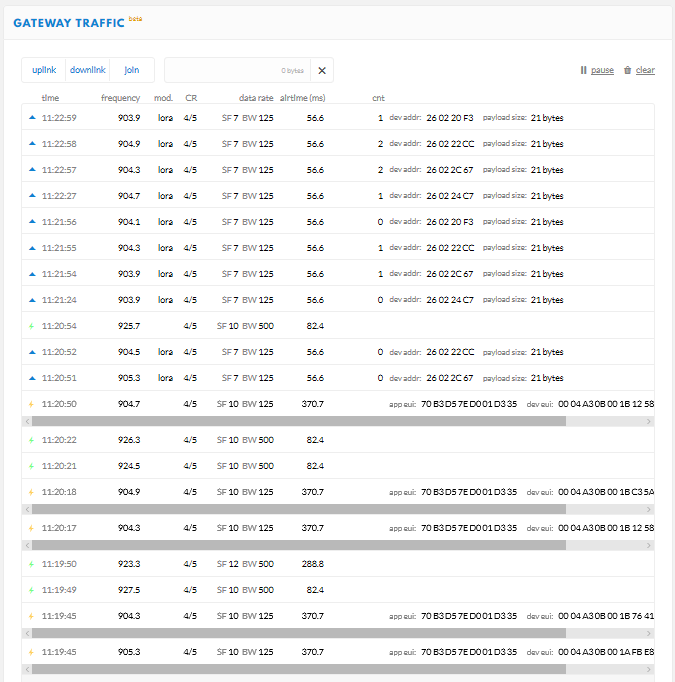 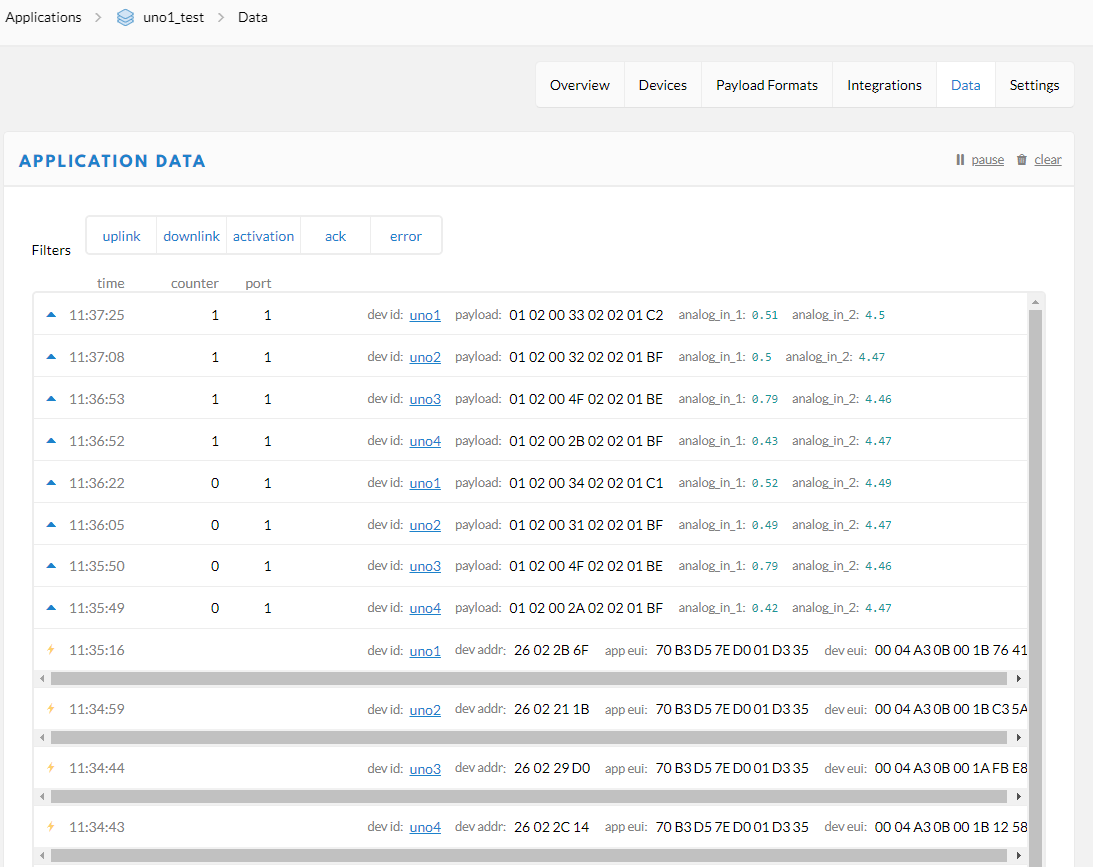