Upcoming changes in maximum payload size and LBT for CN470-510

The transmission time shall not exceed one second and is limited to one channel at a time. For interferences mitigation, access to the physical medium requires a Listen Before Talk Adaptive Frequency Agility (LBT AFA) transmission management or other similar mechanisms like channels blacklisting.

Note: The limitation of scope to small scale networks enters into effect after November 2021. Gateways and end-devices deployed prior to December 1, 2021 are not required to comply with this restriction.

And as per the changelog:

That document also describes some changes in the channels, but I’ve not compared that to earlier specifications. Also:

Note: The CN470-510 channel plan has been significantly changed from prior revisions and should be considered experimental pending published documents confirming plan compliant devices have been granted local regulatory approval.

That said, the 1 second dwell time is not fully used for DR3, so what’s the limiting factor there? Also, the maximum sizes for DR2 and DR3 actually increased, when compared to LoRaWAN 1.0.2… 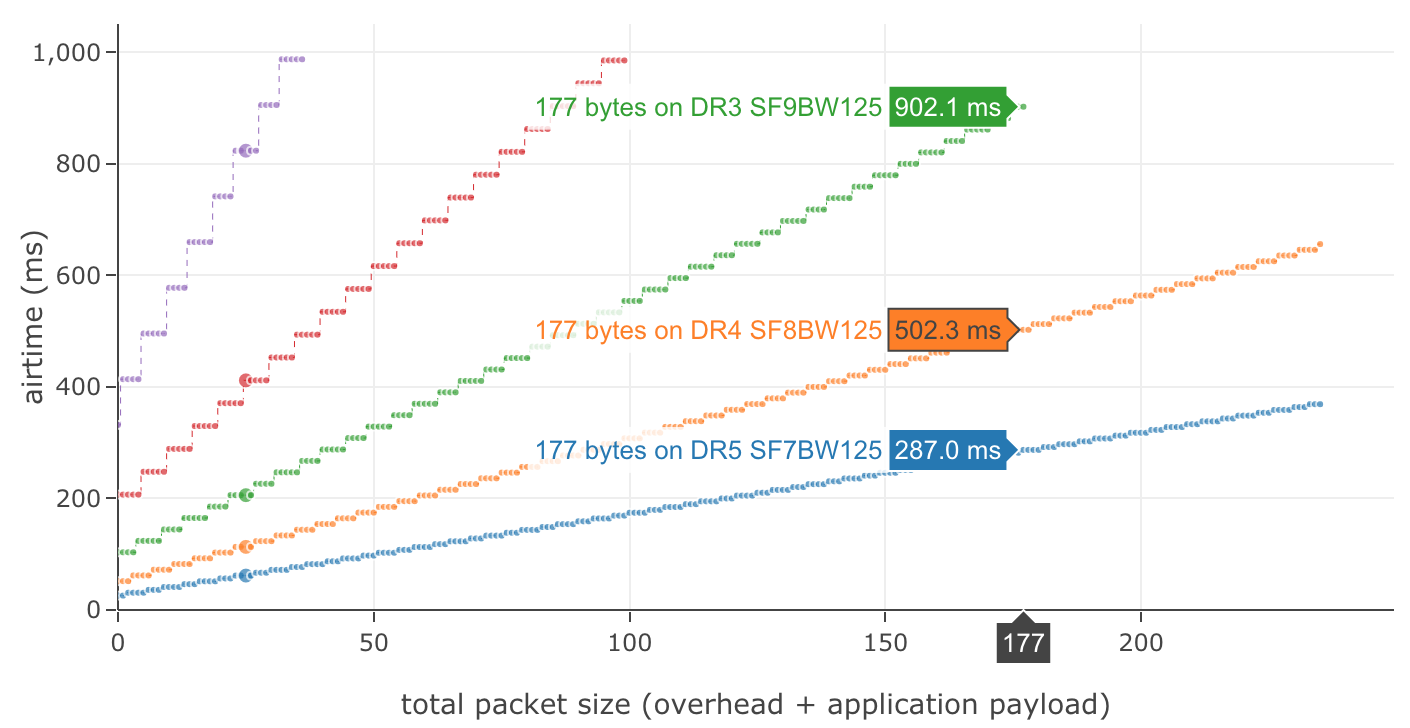