Hello @bq1, Try this [https://github.com/loboris/MicroPython_ESP32_psRAM_LoBo] (this Micropython) by Boris Lovosevic (Loboris). It has lora, telnet and ftp implemented.

Very interesting observations @bluejedi. I designed as ESP32 board with the ESP32-WROVER-B but I notice that whenever I flash it with Pycom firmware, firmware flashes, and boots the first time. Any reboot seems to either wipe or corrupt the firmware. I never figured out why that happened.

From my troubleshooting, there the PIN which the on-board RGB LED was connected seemed to be a part of the issue. I didn’t have a Lopy so I couldn’t confirm.

Did you notice anything different about the connection of the LED? 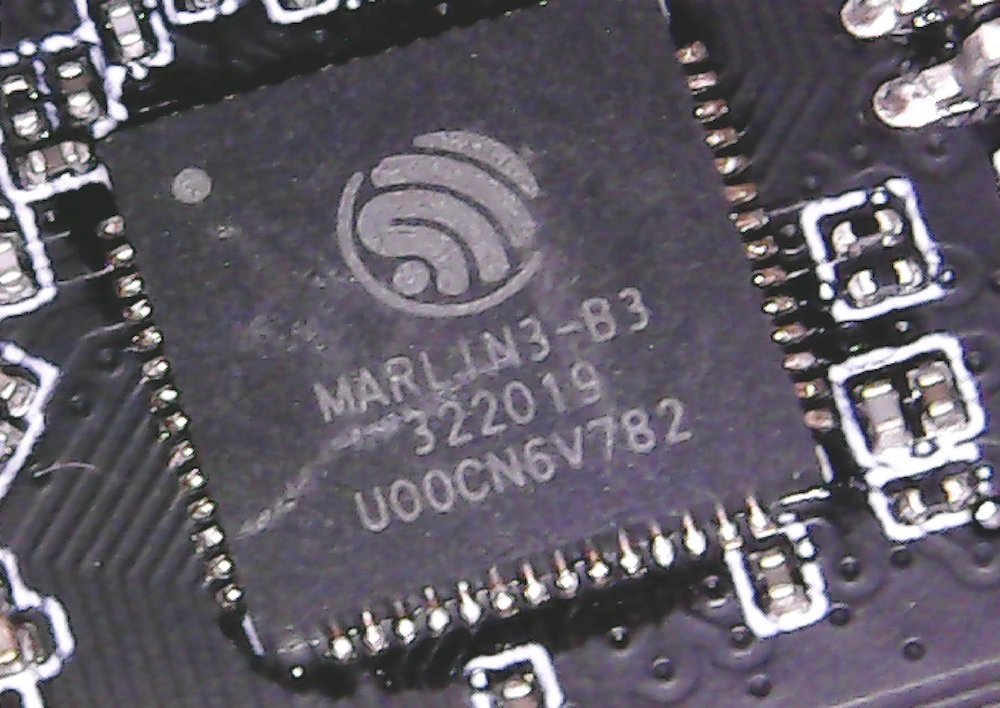 With the rollout of the ESP32-S2, learn the differences between it and the ESP32 and compare them to the ESP8266.

I was looking for some info on varying the CPU speed for the ESP32 whilst testing a high altitude balloon application and came across this post. My tracker board was setup for point to point LoRa, but the board could take a suitable sketch for TTN.

Its reported on here, and shows the tracker battery life for a 100maHr battery at various CPU speeds.

I also measured how many maHr an ESP32 IOT node would use to send 1000 packets at bandwidth 125000hz, spreading factor 12, 14dBm, so typical for TTN. That is reported on here;

The test setup is here; 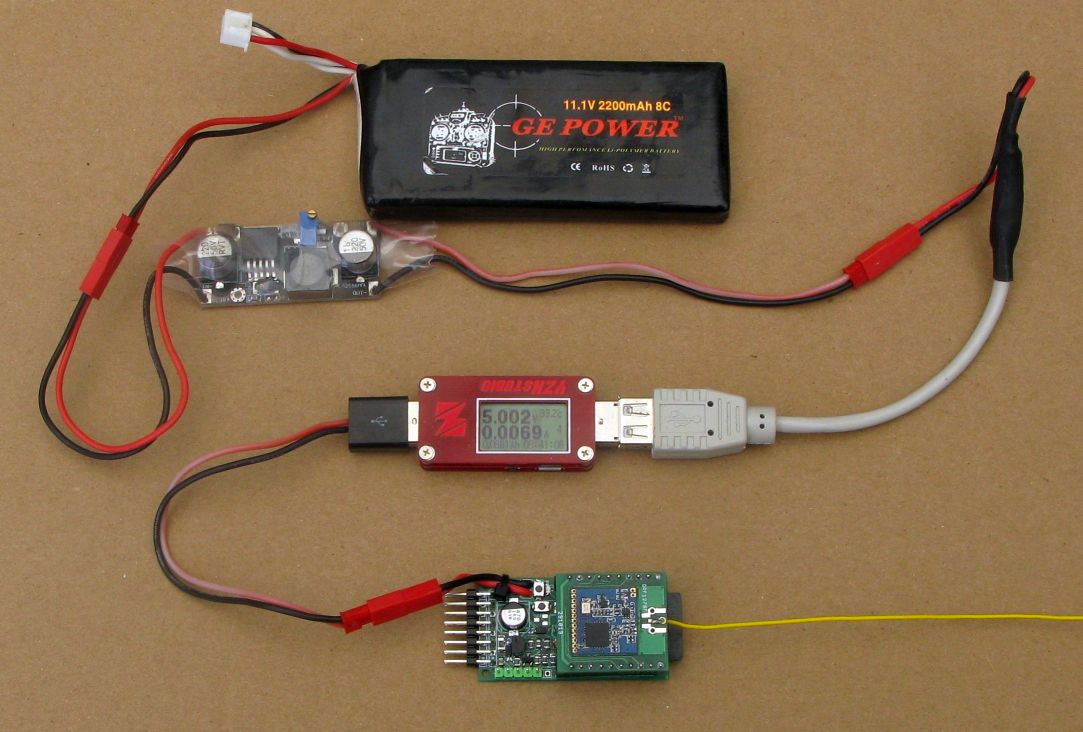 And the summary of power used is;

I own a TTGO LoRa Esp32 v2 and I am struggling to upload the new code (.bin). I treat it with really care, I was uploading and testing some codes and suddenly, it stop allowing me to upload new programs.

I have tried many different things and combinations of all of them:

And I get always this:

The weird thing is that I achieved loading sample programs like OLEDHelloWorld and it is working (showing that program in the OLED), but I cannot boot/upload any other program since that happened (yesterday).

Any idea?
(If answering this problem in this thread is not correct, I will open another post)

What IDE are you using? Based on the file path I would assume Arduino (and not PlatformIO).

/dev/ttyUSB0 so the OS must be Linux or MacOS (which one do you use)?

(Most of my experience is Windows based, so I may not be the best to assist you here.)

First of all, try a different USB cable (a known good one) this already may help.

What happens when you (USB) disconnect and connect the board?
What shows up in your devices list?
Is /dev/ttyUSB0 visible?
Have you connected more than one USB devices? (device enumeration is not guaranteed to be identical after each reboot).
Does lsusb give additional useful info?
What serial port have you selected in the IDE?
What happens when you press the reset button on the board (one or more times), does it make the board available in the devices list?

The most basic (example) sketch you can use is Basics/BareMinimum.
It will do nothing but you can compile and upload it.

In my list of combinations/test I listed and tried with both Arduino IDE and PlatformIO (both in CLI pio run pio run --target upload and with CLion). But it is true that I posted the example with Arduino.

I tried also both in Windows (COM3) and in 2 different Linux distros (/dev/ttyUSB0).

Yes, If I disconnect the board (usb) it is powered off and the /dev/ttyUSB0 not listed (or COM3 in windows). If I connect it again, it starts using the latest uploaded program (yesterday’s OLED Hello World), the device (port) is again shown (ttyUSB0 or COM3) and I can try again to upload (but it fails with the Timed out).

This is the only device listed. I did not tried with more usb devices connected. But since you asked, I have tried. Eg. connecting an arduino uno in the USB0, and then the board (TTGO LoRa32 v2). The same happens when I get the ttyUSB1.

If I press the RESET button I can see the program resets (OLED HelloWorld) and while doing the upload using --trace I don’t see any difference (see below).

I have tried with BareMinimum too.

Edit: this issue is solved here (https://community.platformio.org/t/ttgo-lora32-v2-cannot-upload-timed-out-tried-many-things/14425) by connecting the IO0 with GND, although it needs now manual -slower- ops to upload and view the program (compared with previous normal -expected- behavior). But at least it works.
Thanks for your time @bluejedi.

Not exactly clear what you mean here.

The standard procedure to push the ESP32 into firmware upload mode is to temporarily connect IO0 to ground, then connect Reset to ground, release Reset again and then release IO0 again.
On ESP32 boards like the TTGO LoRa32 this is done programatically via the DTR and RTS serial port lines using a circuit consisting of two transistors connecting DTR, RTS, IO0 and Reset. The USB to serial adapter is integrated on the board. Connecting reset to ground can also be done with the reset button but the board has no button for IO0.

If you have problems with pushing the ESP32 board automatically into firmware upload mode via USB/Serial but it works when you manually connect IO0 to ground this may indicate a hardware defect of the board.

Could make sense to alter this topic ‘subject’ line… 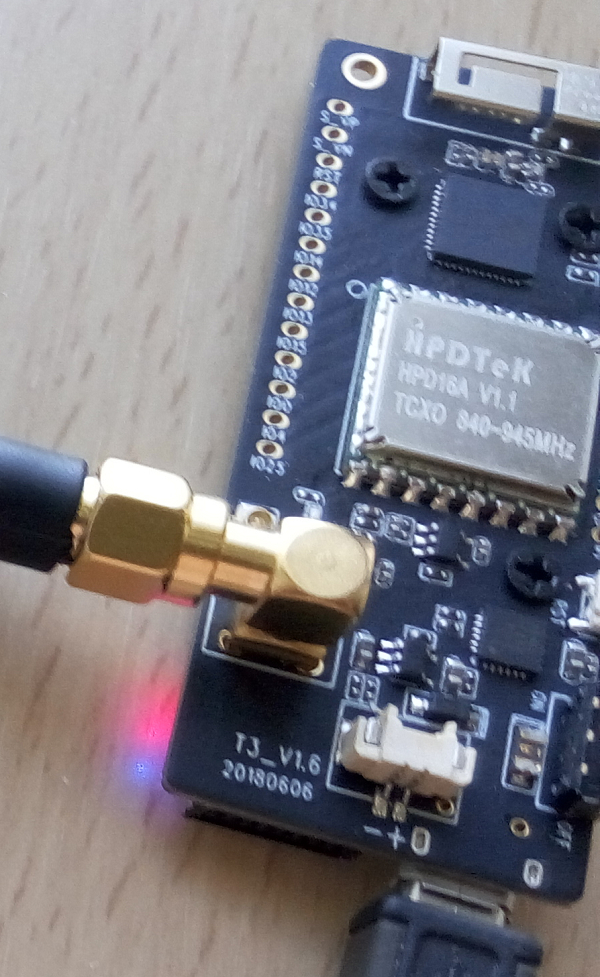 Datasheet (in Chinese) for the HPD16A module that was custom designed by HPDTeK upon request from LilyGO company (owner of TTGO brand) and SoftRF open source project.

Could make sense to alter this topic ‘subject’ line…

Yes, I was already considering that for ‘part 4’ of this topic.

Additional options and considerations are:

Which option would you (users of this ESP32 topic) prefer and why?

Datasheet ( in Chinese ) for the HPD16A module that was custom designed by HPDTeK upon request from LilyGO company (owner of TTGO brand) and SoftRF open source project.

Are you using LoRa or LoRaWAN for SoftRF?
Which library currently supports LoRaWAN on ESP32 for SX1262?

I would personally vote for option 1:

It aggregates every news that happens with LoPy, HELTEC, WeMos, TTGO and other LoRa ESP32 development boards on the market.

De facto, almost every of individual ESP32 boards has their own thread(s) here. But advantage of this particular one - this is the place where we can compare them.

Are you using LoRa or LoRaWAN for SoftRF?

It was already answered here before.

SoftRF is using LoRa Phy layer / modulation to operate on so-called FANET radio protocol.
FANET is 1 out of 4 protocols supported. Other 3 are FSK modulation based.

FANET (LoRa based) is a standard feature of ‘factory’ SoftRF firmware.
However, one LoRaWAN ‘application’ - TTNMapper is included into SoftRF source code and can be activated by a custom build.

Which library currently supports LoRaWAN on ESP32 for SX1262?

Semtech Basic MAC (successor of LMIC) derivative named ‘arduino-basicmac’ (adapted for Arduino by Matthijs Kooijman upon request from Lacuna Space) is known to work good enough on ESP32+SX1262 with TheThingsNetwork.

Are you using LoRa or LoRaWAN for SoftRF?

It was already answered here before.

“Already answered … before”?
If you mean:

Beware that SoftRF is not lorawan (So doesnt work with TTN)

It is not 100% true statement. It would be more accurate to say: " it does not work with the TTN by default ".

That does not answer my question above.
It is also hidden in a different topic in a post from 2 years ago.
I looked in the SoftRF README.md on GitHub but it does not mention anything about whether LoRa or LoRaWAN is used.
It is better to add that information to the SoftRF README.md than to hide it in some topic on this forum.

Of course. That slipped my mind, probably because I have not yet used it.

Which library currently supports LoRaWAN on ESP32 for SX1262?

Semtech Basic MAC ( successor of LMIC ) derivative named ‘arduino-basicmac’ (adapted for Arduino by Matthijs Kooijman upon request from Lacuna Space) is known to work good enough on ESP32+SX1262 with TheThingsNetwork.

I could also mention this library: https://github.com/ngraziano/LMICPP-Arduino
“Add SX1262 chip”

This SX1262 based TTGO T3 dev. board (a.k.a. “LoRa32”), as well as other updated “TTGO LoRa series” products (such as T-Beam, T-Fox, etc), are expected to appear in AliExpress stores within July.

as well as other updated “ TTGO LoRa series ” products

Over these two years Semtech is aggressively pushing the 126x family onto the market and likely will cease some use cases of older 127x family in favour of the new one within a year or two.

One of the examples of the Semtech ‘arguments’ is that 126x family is best suited for upcoming ‘LoRa Space’ applications. Lacuna Space efforts are intended to prove that.

According to this ‘press release’ from RFThings : https://rfthings.com.vn/shop/ , Lacuna will (likely) NOT make their ‘Space dev. kits’ available in July as intended before but is going to slide them onto September.

If you want to do LoRaWAN over satellite with Lacuna you will need SX1262.